MNN. Feb. 20, 2015. Notice how the media panels of “experts of nothing” try to tell us what the government line is. They repeatedly call critics of government and corporate theft of resources and destruction of the environment as “extremists”! Genocide is an old on-going settler colonial strategy. 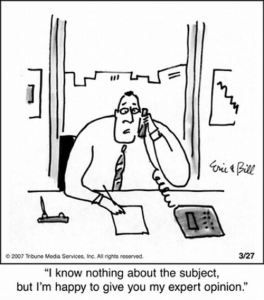 Canada wants multinational energy corporations to continue extracting and burning tar sands and other fossil fuels, leading to extreme weather and food shortages. An RCMP initiative calls critics of climate change as “environmental extremist radicals”, “money-launderers” and “anti-petroleum extremists”. These same words describe terrorists and Jihadists in the new anti-terrorism Bill C-51. They are labeled as “criminals” to the oil and gas industry.

Ongwe’hon:weh [the natural people of Great Turtle Island] who peacefully legitimately object to toxic pipelines, fracking or oilsands in our communities and theft of our resources are “Aboriginal extremists”. [See link at end – Critical Infrastructure Intelligence Assessment report 2014]. We stand against true terrorism, which is the destruction of Mother Earth and her sacred blood, the waters. 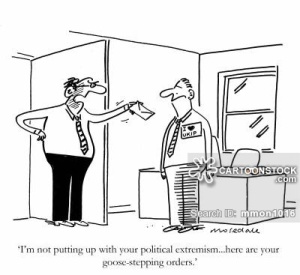 The experts say there is a growing, highly organized and well-financed, anti-Canadian petroleum movement, that consists of peaceful activists, militants and violent extremists.

Experts say extremists engage in “criminal” activity to promote their anti-petroleum ideology. Prime Minister Harper labels any Ongwe’hon:weh resistance to anything as
“extremism”, which is another word for “terrorist”. He promises to protect his energy and resource extraction partners while pretending to protect the  Canadian public.

The RCMP, CSIS as well as Public Safety Canada are Critical Infrastructure Partners with their private industry security counterparts. 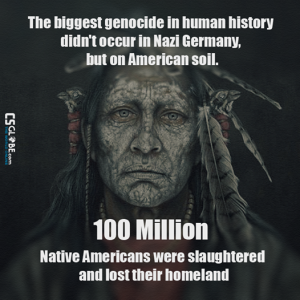 The responses to Ongwe’hon:weh blockades so far has been snipers, dogs and tasers. Harper is most worried about Canadians seeing the truth about his neo-Nazi radical business plan for the Corporation of Canada.