MNN. May 22, 2013. Canada and Israel are “bosom buddies” settler colonists. Both exist by dispossessing or displacing Indigenous people for our land and resources. They call their autocratic governing systems “liberal democracies” which have no accountability for their theft and crimes against humanity. These bogus corpo-nations dominate by organized state terrorism. 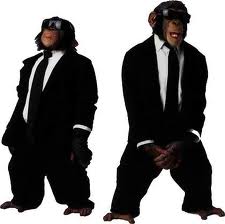 Netanyahu to Harper: “I told you not to brag about our relationship!”

Both want to head or be a major part of global military empires. Canada would be the leader in extracting stolen Indigenous resources. Israel threatens a nuclear holocaust using weaponry “made in America” with Canadian resources. Israel constantly threatens to annihilate the Indigenous Palestinians. Canada punishes the Palestinians for resisting genocide by threatening boycotts and withholding aid.

Our land and resources are being driven into the marketplace. Like a dishonest used car salesman, Prime Minister Harper travels the world “fencing” stolen Indigenous property. We pay Canada’s bills from our stolen, ever-growing $110 trillion Indian Trust Fund. Until recently no one knew about our secret account. Now the world watches while Canada tries to distribute it among the money greedy international bankers that are the shareholders of the Corporation of Canada and owners of Israel. The bankers need Canada’s massive deposits of indigenous natural resources to fund their continued theft of Palestine, which is also unsurrendered Indigenous land. 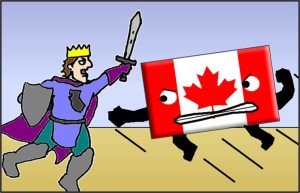 Charles: “I’m here only for the money!”

Harper announced he is is calling an election for October 25th  to continue his fake majority. He wants to install a longtime bloodline lay-about thief, Prince Charles, to “govern” Canada as a “regent”! This mocks Middle Eastern dictatorial kingdoms overseen by lifetime control puppets.

Extensive bribery systems like the corporate band council “Injuns” allow capitalist development for the benefit of a few.

Canada and Israel could not exist without attacking resistance through repressive by-laws and military enforcement. Gross violations of human rights do not concern them. They deliberately drive down the standards of living of their native targets to live a hand-to-mouth existence. 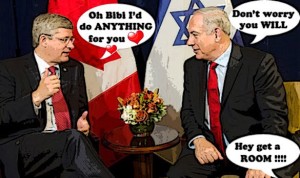 The over-sized egos of these despots remove them from reality. Their one-man rule “kingdoms” are run by rampant, blatant corruption. Security is a prime obsession. Sheik Harper is rumored to wear a bullet-proof bra!

Our safeguards are to hold our lands collectively; do away with the corporate tribal and band council control grid, confront evil and shake off the fear. As Tom Petty sang: Well I won’t back down, No I won’t back down. You can stand me up at the gates of hell But I won’t back down” I wont back down