MCGILL UNIVERSITY HAS FAILED TO RESPOND IN ANY WAY TO OUR REQUEST MADE IN THE LINKED NOTICE DATED SEPTEMBER 9, 2015. https://mohawknationnews.com/blog/2015/09/12/mohawk-seizure-notice-to-mcgill/  MCGILL HEREBY CONCEDES GUILT OF TRESPASSING, THEFT OF INDIAN TRUST FUNDS AND DESIGNING WEAPONS OF MASS DESTRUCTION AND GENOCIDE FOR ISRAEL TO KILL PALESTINIANS AND FINANCING EVICTIONS OF PALESTINIAN PEOPLE. THESE CRIMES AGAINST THE KAIANEREKOWA, GREAT PEACE, REQUIRE MCGILL’S BANISHMENT FROM TURTLE ISLAND. 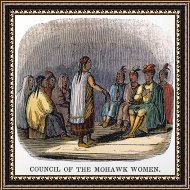 RE: McGill has violated the kaianerekowa great peace and teiohateh two row: through an illegal 1821 British Royal Charter, with no jurisdiction on turtle island,  to build an unlawful university on stolen kanienkehaka Mohawk land; stealing Iroquois trust funds in 1850 to construct McGill which has not been repaid; and is conspiring with Canada and Israel to use our native and public funds to develop technologies for arms for the lsraelis to massacre the Palestinians. McGill has shown total disrespect for the original people of turtle island. The kaianerekowa great peace penalty is  total banishment. McGill has not denied any of their crimes to the onkwehonweh.

Accusations were made. You did not respond. You are in default. You and your conspirators did not go through proper great peace protocols to get our permission to use or reside on our unceded land. No onkwehonweh sanctioned your actions to build on our land or use our money to construct McGill on turtle island. Our jurisdiction is from ocean to ocean, pole to pole, the Western Hemisphere. More importantly, the onkwehonweh condemn creating any weapons of mass destruction and genocide. This means you, the ‘cana’jon, the “squatters”, are trespassing on tiani tiotiakon [Montreal] land and guilty of mass murder of the Palestinians. All the land and your infrastructure belongs to the kanienkehaka Mohawks.

McGill did not explain why it is circumventing the kainerekowa great peace, the law of turtle island since time immemorial. Only the real natural people can decide all activities on turtle island. The puppets of the invaders, the band council, are fellow ‘cana’jon [squatters] and follow settler colonial directives and take orders only from the canadien/cana’jon colonial government.

Our jurisdiction starts from the beginning of time immemorial. The women are the “progenitors” of the soil of turtle island. The kasatstenera kowa sa oiera, the great natural power , creation, placed the natural people on turtle island as caretakers.

As indigenous sovereigns, “tewatate’wennio” we are of each part of turtle island to care for our mother earth. McGill is a non-sovereign corporation that is designed to shield elected and unelected “leaders”and bureaucrats from any accountability to the original sovereign people of the land. 51% majority rules and 49% without a voice is not a democracy. kaianerekowa is based on censensus among the sovereigns.

According to the great peace and two row, onowarekeh turtle island cannot be conveyed, sold or transferred to anyone. It belongs to the future unborn children and all life natural to turtle island.

THEREFORE in 2015 we demanded that McGill provide us the kanienkehaka Mohawks, ‘the keepers of the eastern door’ of turtle island, valid proof based on the great peace and two row of your claim and use of our land. By your default in not responding to this request, your immediate eviction must happen forthwith.

This notice of jurisdiction applies to all projects and persons from anywhere who are not natural onkwehonweh of onowarekeh, turtle island, in particular McGill University. Anything they do to our land, water and air without our knowledge and consent is criminal and void. Everything over, upon and below turtle island, the Western Hemisphere, continues to remain with the original people. The British Crown cannot legally convey our property to anyone as the Crown never got a proper conveyance from any sovereign indigenous person as this is impossible pursuant to the great peace and two row.

As ‘canadien’ squatters you have conceded that you must be evicted.  The eviction will be immediate and final!

We order that you stop all your activities on turtle island and to not interfere with us. No municipal, provincial or federal  government has any authority to make any decision about us or turtle island. Creation determines that only we the caretakers have jurisdiction over each and every part of turtle island.

The disrespect shown by McGill University and all its associates to the sovereign onkwehonweh proves that you know that there is no dispute that the land is ours, that you took our trust funds and are developing weapons to kill the Palestinians. You trespassers must leave immediately.

We object to the invasion and occupation of ganiengeh rotinoshonni:onwe territory by the corporations of Canada, Quebec and all canadien/squatters, i.e. McGill University; agents of the Crown of Canada and Quebec must abide by the kaianerekowa and teiohateh; cease and desist immediately the invasion, trespass and exploitation of kanienkehaka/Mohawk of onowarekeh; to respect kaianerekowa and teiohateh as the basis of all relations with the kanienkehaka; and to repay monies forthwith including compound interest.

Your continued support for the American/Canadien holocaust of the original inhabitants of turtle island is criminal.

On behalf of the past, present and future ancestors and descendants of the Mohawk Nation, the great peace and two row will prevail,

MOHAWKS DID NOT GIVE PERMISSION FOR THIS DEVELOPMENT https://www.mtlblog.com/en-ca/money/google-plans-to-open-a-new-facility-near-montreal-with-dozens-of-jobs