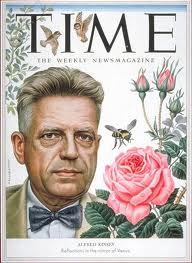 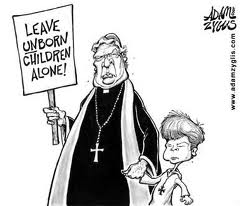 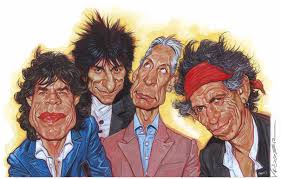 MNN Sept. 7, 2011.  The natural center of Indigenous society are the women.   Everyone is equal and has a voice.  The mind is independent.  The Europeans developed a system where a boss orders around scared obedient people.

Pure sex is a known creative impulse.  The state wanted to stimulate and control sexual energy from birth, to destroy free will and conscience. Sex had to become perverted and guilt-ridden.

Dr. Albert C. Kinsey, a eugenicist, [1894-1956] researched sex in males and females at Indiana University.  The government funded him through several foundations, Rockefeller and Carnegie and Hugh Hefner.  They later funded the change to the education system.

Kinsey falsely stated that no sexual behavior with infants, children and animals is abnormal.  It is natural to the human animal from birth.

He published two books in 1948 and 1953 on his findings. Media was blitzed.  Books on the sexual revolution advocated abolishing sex crimes and that predators get therapy, instead of life terms or execution.

His unethical research lead to altering laws that once protected women, children and marriage.

Kinsey worked with Nazi pedophile, Dr. Fritz Von Balluseck, for over 30 years, before, during and after WW II.  Nazis extensively studied abuse of children.

Kinsey worked closely with an American pedophile [Rex King] for over 20 years.  King reported his sexual abuses of over a thousand victims.

Kinsey never reported them to the authorities.  He designed technical reporting systems for them to provide him with minute details of their sexual abuse of children from 2 months to 16 years of age.  They said that infants and children are orgasic.

During the 1930s Canada invited Nazi doctors to experiment on Indigenous children who were attending church run residential schools.  55,000 perished.  We were their guinea pigs while churches were protected.

Marriage was seen as power and ownership by patriarchal society rooted in capitalism.  The state wanted to solidify its power.

Perverted sex was used to control advancement, innovation, winning in games of dominance and class; and to compel people to carry out war and aggression for their masters.  Winners are rewarded and losers are punished.

The normal “firewall” against moral corruption had to be eroded to divert and direct the sexual impulse.

A culture of greed, sensual pleasure and perpetual dissatisfaction was designed and directed at young people.

They were shown how much to enjoy, the desires they can give into, how many sexual partners they can have, provocative dressing, walking and talking and the computer games and phones they need.  They were encouraged to let down their guard and rejoice in immorality.

The central government took over education, media and all influential institutions.  Government funds were tied to including Kinsey’s corrupt secret findings in the basic design, especially in early childhood development.  Teachers were retrained.

Kinsey put one chapter in the 1948 Report “Sexual Development of the Male” on pedophilia.

Judith Reisman in “Kinsey:  Crimes and Consequences” exposed his scientific fraud, criminology and abuse of thousands of vulnerable babies and young boys.

Government probably knew he was depraved.  They needed his knowledge.

His twisted fantasies were the basis for the 1955 “Model Penal Code” MPC which reduced prison sentences for 52 major sex crimes; and the development of the sex education curricula after WW II.  Crime quadrupled.  Social and legal systems remain gravely damaged.

The goal was to destroy free will and women as the center of the family.

Our ancestors told us that such people without natural affection are not Ongwehonwe, real human beings.  We were to keep our distance.