MNN. Feb. 18, 2013. In 2007 the colonizer’s hired “saboteur”, Phil Fontaine of the Assembly of First Nations AFN. He got together with interim RCMP Commissioner Bev Busson, Ontario Provincial Police Commissioner Julian Fantino, Jacques Chagnon of the Surete Quebec, and a US agency ATF. They created a Joint AFN/RCMP Response Team JTF-3, stating it was an “anti-violence agreement”. Fantino slipped in “no fly lists” and “terrorism” safeguards. 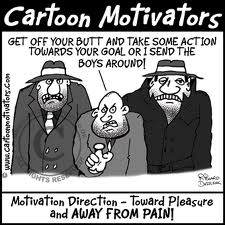 Fantino and the Boys!

Things are beginning to turn “ugly”. Corporate Canada has no claim to our land and resources, even through Harper’s illegal bills.  International law determines that no people can be absorbed into a foreign state unless the majority give their informed consent through a free and fair vote. This never happened. AFN, RCMP, OPP and the SQ conducting diplomatic relations on behalf of the Crown constitutes international aggression.

We took no part in the British North America Act 1867. It was passed by Britain’s Parliament to set up the Dominion of Canada. BNA Act is the law for the settlers, not for us. Section 91[24] gives Canada the right only to negotiate WITH us. That’s all! Canada cannot make laws for us. Legally we can only deal with the Queen on any differences. It is an international relationship. 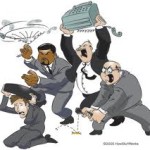 On October 25, 1924, D.C. Scott, on behalf of the Corporation of Canada, initiated what amounts to a corporate hostile takeover bid of the legal crown obligations to the Indigenous people. Canada reneged on all their duties under international law. He legitimized the genocide by creating reserves, residential schools and usurpation of all of our land and resources, on behalf of shareholders,the corporate elite [the Crown].

The AFN does not represent us. The illegal Indian Act was passed by Canada’s Parliament and does not govern us.

The right of foreigners to live here must be negotiated with us. The ever growing Indian Trust Fund cannot be touched without our consent. Prime Minister Harper callously commented in Parliament, “We cannot deny that we have been mismanaging public funds and resources rightfully belonging to First Nations for years. Yet the best answers to these financial and human rights issues is to continue to allow things to get so bad that the voting public will eventually believe there is nothing that can be done save for doing nothing at all.”  Harpers remarks on the stolen funds

No, Stevie, you are a criminal and going to Spandau Prison for carrying out war on us and stealing the whole of Canada from us. If Mark Carney lays a finger on our Indian Trust Fund, he’s sitting in the next cell with you. 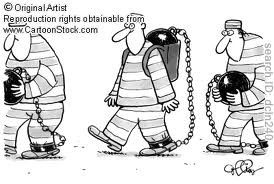 Harper and the Gang!

As AC/DC’s Bon Scott sang in “Jail Break”: “There was a friend of mine on murder, and the judge’s gavel fell. Jury found him guilty. Gave him 16 years in hell. He said, “I ain’t spending my life here. I ain’t living alone. Ain’t breaking no rocks on the chain gang. I’m breaking out and heading home.”

You’re not going to make it, Stevie! 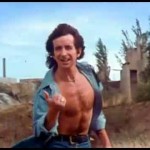