MNN. Aug. 28, 2013. In the spring of 2005 the women of Akwesasne asked the men to fill council positions in the Turtle, Wolf and Bear clans. Bear and Wolf Clans each selected three men and the Turtle Clan selected one. During the next few years, they worked on establishing various businesses to help the people.

In July 2011 to September 2012 the Three Feathers casino in Akwesasne was operated by the Longhouse people. 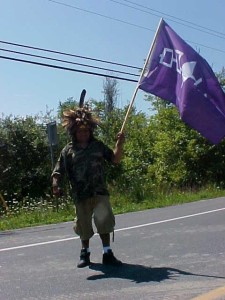 At 5.00 a.m. on December 18, 2012 Three Feathers was raided by US federal marshals, border patrol agents and Mohawk tribal police. Rorahkwiserake of the Wolf Clan was arrested at the business site on a US warrant using NYS Inc. gambling laws that are invalid in Akwesasne. Three men were named in indictments. Kahnieretiio of the Bear Clan was placed under house arrest and could not leave Akwesasne. Tony Laughing was also placed under house arrest with an ankle bracelet. Bail [ransom] of $50,000 was set for Rorahkwiserake of the Wolf Clan who remains in a Plattsburgh NY prison. 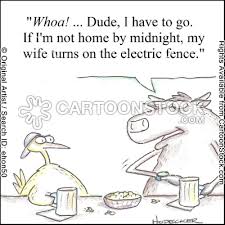 The Two Row Wampum agreement gave Europeans limited rights to live on our land. They are bound to return any of our people who may be in violation to be judged by our people. We must also return their prisoners to them. [Two Row Wampum, Great Law of Peace and Great Peace of Montreal 1701.] Ignorance of the law is  no excuse.

The Mohawk/Kanionkehaka are the northern “Keepers of the Eastern Door” of the Iroquois Confederacy. We are the enforcers of the Great Peace and protect our people, territory and waterways. The charges by the foreign corporations of the United States, New York State, US federal marshals, border patrols and Mohawk tribal police against our people are illegal. The St. Regis Mohawk Tribe Inc. is a foreign entity. The Kaianerekowa/Great Law of Peace is the only law of Onowaregeh. We never forfeited jurisdiction over ourselves, our land and resources to foreign entities incorporated under the Admiralty law of the seas. We have a rightful duty to resist.

These principles are affirmed in the US Constitution, British North America Act; the international Covenant on Civil and Political Rights, the Universal Declaration of Human Rights, the Convention on the Prevention of Genocide, United Nations Convention on Economic, Social and Cultural Rights and other international legal instruments that the US and Canada have signed.

General Assembly Resolution 1541 [XV] requires the informed consent of the people before they are included in another state; the international Court of Justice affirmed this in the Western Sahara case; and the Indigenous people never consented to be part of the US and Canada.

All individual or foreign entities wishing to discuss issues with us must go through proper protocol, which is the US President and Queen Elizabeth, who represents the occupiers.

This illegal interference in Indigenous trade and commerce will end. The Mohawks will resist illegality and affirm our inherent rights. 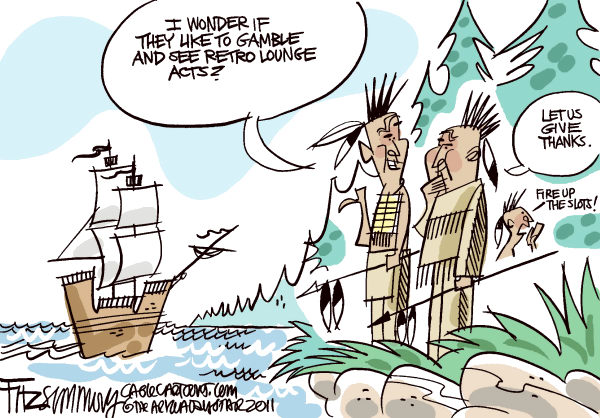 Custer: Johnny Cash & Buffy Sainte-Marie. remind us that the Great Law will help us win: “There might have been more enthusin’ if us Indians had been losin’/But the General he don’t ride well anymore/General George A.Custer oh his yellow hair had lustre…”