MNN. JULY 20, 2015. Joe Norton in the European created position of “grand chief of the Mohawk” at Kahnawake, should look at what he serves. The Queen, Queen Mother, her sister and Prince Edward do the Nazi salute in this 1933 film, one year after the Nazis passed race laws in Germany. 1933 film of Queenie’s Nazi salute. It shows they, the royal family, are among the poison which conquers, robs and destroys. Joe Norton is their tool that makes their evil possible. 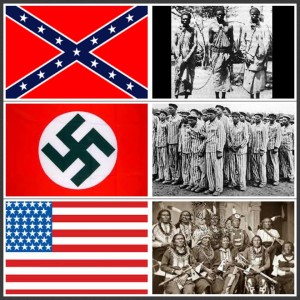 The Queen represents the 1% who think poor people’s lives are miserable because we aren’t like them! Canada and US have always been fascists, the father of Nazism. It is their system. The Nazi salute is a fascists greeting and their symbol of belonging to the “master” race. For the 1% it is an inside joke as to how they think they’re getting away with genocide. Harper glorifies the CROWN because he is a promoter/servant of the 1%. He understands that those who worship a rich oppressor are easy to control. 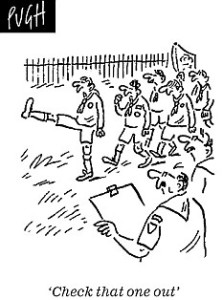 Mohawk Council of Kahnawake Inc. heading to Monday briefing by the CROWN.

This makes Joe Norton a servant of the servant. The band and tribal councils emulate the CROWN’s corporate hierarchy by running our communities like dictatorships. Rules and military trained police protect them.

Those ongwe’hon:weh who do sing “God Save the Queen” only at the point of a gun, are thinking where in their system are the people, the earth and life?

As Sid Vicious beautifully sang: God save the queen, The fascist regime. They made you a moron, Potential H-bomb