MNN. Mar. 14, 2013. The Catholic Church is the first male hierarchical corporation. The Pope is the CEO of this corporation. All other corporations in the world follow this model. One guy orders everybody what to do and think. 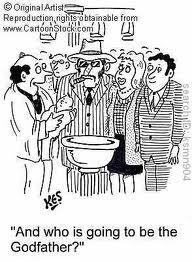 Jesuit Italian immigrant, Jorge Bergoglio, has become Pope Frances. He is a Jesuit who are the intelligence and military arm of the Catholic Church. They came to Western Hemisphere to spread small pox, not Christianity. They got rid of 100 million of us for their CEO. Now one of them becomes the CEO. The hierarchy will soon be eliminated because it goes against natural law. 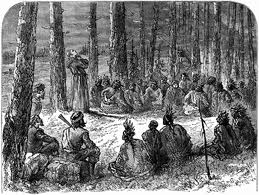 Jesuit: “We’ve got these nice warm blankets for you.”

He acts like a man of the poor, living in a flat in the ghetto, so he can be near the young children who run in the streets. Is he sacrificing to satisfy his esoteric agenda?

He’s suppose to make drastic changes before the whole house burns down. Sex abuse, financial corruption, gay mafia, young priests refusing to join the house of ill repute and women left completely out. No charges or imprisonment has come yet of their criminal activities. It‘s coming boys!

He apologizes for discrimination against Jews, homosexuals and women, as if they have the ultimate authority. No one can talk to God unless they pay and direct their message through him.

He says, “It’s important to believe, to have faith”, so he can stay on top. 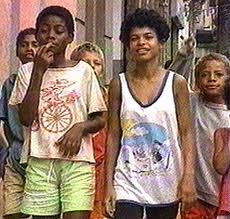 In Argentina he did not stand up to the abuses of the military junta. He refused to speak up for priests and thousands rounded up during Argentina’s “dirty wars” from 1976-1983. He criticized the leftist guerillas. He refused to baptize children of single mothers. What a hypocrite!

How is the Catholic Church going to stay in business? There’s feuding, corruption and cronyism throughout. The Masonic P2 Lodge is running money laundering out of the Vatican.

Apparently he has the least dirt on him compared to the rest of the bunch. We can only imagine how their dossier look.

Why is the Pope important? He is the top CEO of all the corporations worldwide. 65 churches have closed in Montreal. No one goes because they are tired of being abused. They say there are 1.2 billion Roman Catholics in the world, because they need a “really big” number! 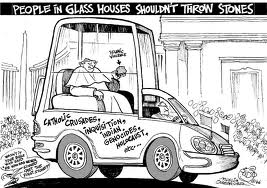 His job is to make as much money as possible for Vatican Corporation. He sits as head of state, carries on diplomatic relationships with more than 100 nations, conducts church business and appoints new bishops, which all takes a few days. Once in a while he puts on a dress, prays and waves to people from the Popemobile.

What Frances will find is he is going to be the last Pope during the dismantling of this evil corporation.  As Jeff Beck Group sings: “I’m goin’ down. I’m goin’ down, down, down down. Yes, I’ve got my feet in the window, and I’ve got my head on the ground.” Going Down