MNN. Apr. 2, 2015. Canada and US have three coordinated attempts underway to steal large tracts of Mohawk/Kanionkehaka land. Their incorporated INDIAN councils – Mohawk Council of Kanehsatake Inc., Mohawk Council of Kahnawake Inc. and the St. Regis Mohawk Tribe Inc. – are the frontline swindlers. None of the corporate sales, bylaws and regulations of Canada and US apply to us. They are all violating the teio’ha:teh/Two Row Wampum Agreement. Through Vatican Papal Bulls, Doctrine of Discovery, etc., all fiction, the land was illegally occupied. 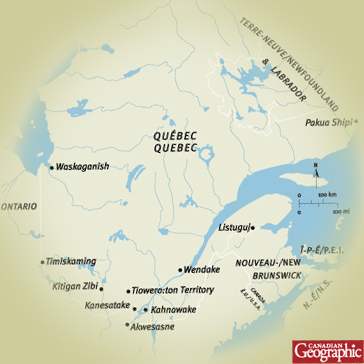 Corporate fencing of land of “Keepers of the Eastern Door”.

The Sulpicians and Jesuits are the agents of colonization and genocide. The Company of One Hundred Associates operated from France had assumed possession of Mohawk land, which they illegally doled out. Saint Sulpice in Old Montreal set up the city of Montreal on kanion’ke:haka/Mohawk land.

In 1668 the Sulpicians decided that Mohawks in Kanehsatake, Montreal, Mi’kkmaq, Akwesasne, Algonquins of Abitibbi and Temiskaming were Catholics. For military purposes in 1676 a mission was opened at the Great Lakes. In 1720 they moved them to Mohawk land at the Lake of Two Mountains – Kanehsatake. In 1716 Mohawk land was granted to the Mohawks on the Ottawa River. Anyone questioning this bizarre swapping of Mohawk land was murdered. 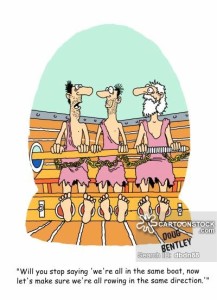 INDIANS that left the canoe!

Washington Lawyers were at the Handsome Lake Masonic longhouse in Akwesasne on April 1. It was to be falsely called an “Iroquois Confederacy” meeting to get false consent to the theft of all Mohawk land forever. The St. Regis Mohawk Tribe Inc. would get some pocket money for cooperating. Then a Rotiskenra’kete from the Men’s Society reminded them that the land belongs to our unborn children rotisokonsatatie and that we are caretaker. The meeting was quickly closed down. [Call 518-358-2272.] 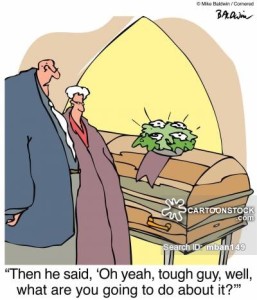 As we are often reminded the serpents are well advanced on their path. Soon we shall see the bright light coming from the East that will bring back the peace to all of earth. With unity of mind comes great strength, and with that comes the peace.

As Joanie Mitchell laments: “We are stardust. Billion year old carbon. We are golden, caught in the devil’s bargain. And we’ve got to get ourselves back to the garden.” [Woodstock].

MNN. Feb. 28, 2014. Soon the British monarch, her family, and her minions, as per the Magna Carta, will be removed by the people of England. When that happens, all her corporate assets – Canada, US, Australia and New Zealand – will revert to the true owners. The “Crown” based in the Vatican and all their banking tentacles throughout the world will fall.  The Pope is the Emperor of Rome. Everyone who takes an oath to a criminal is a criminal. They will be dealt with. 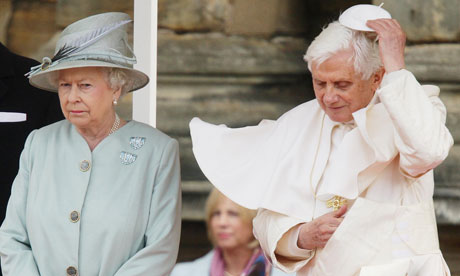 The Kaianerekowa will then be applied on Great Turtle Island. The Onkwehonwe will deal with the “masters of war” using our law and new technology, to clean up their mess. These criminals will answer to the people for each one of the 100 million Indigenous they murdered.

The oligarchy teaches that whoever has the most money makes the rules. The revolution has begun in each person’s mind. We are each sovereign in our own mind. Anyone can tell us what they think, not what to think. The spiritual frequency changes that will occur on our Mother Earth will cause everyone to remember everything from every past life. 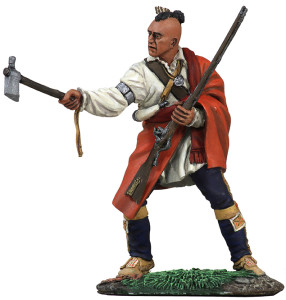 They will have one last chance to become of one mind with us. When the War Chief drops the black wampum they can grab it before it hits the floor. If they do not grasp it, the men will bash in their heads with war clubs. Their brains will be on the floor next to the black wampum. This will happen in all Great Turtle Island communities. The cleansing will include their entire family. Genocide has always been their plan for us. The DNA memory of those who did the genocide  will be erased from mankind. They and their weapons will be buried, never to be seen again. 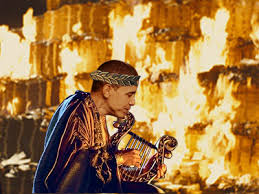