MNN. Mar. 19, 2013. The state has done extensive research on training humans to kill others. Indigenous have been the victims of calculated mass murder. The Germans studied the North American Indian genocide very closely. They dehumanized the Jewish People to set up conditions to create the holocaust. 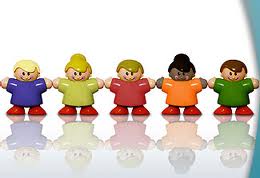 A psychotic minority has developed training to overcome the instinct to recognize the humanity of another. They were alarmed that only 15 to 20% of soldiers fired at an enemy. Only 2 or 3% are natural born killers. Killing provokes extreme reactions like nausea, vomiting and long lasting PTS disorders. 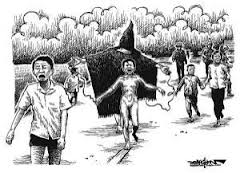 Now almost anyone can be trained to commit murder in certain conditions. [Lt. Col. Dave Grossman, “On Killing: The Psychological Cost of Learning to Kill in War and Society”, New York; Little, Brown & Co. 1995.

How to kill a human:

2. Pack Mentality: In a group the individual avoids personal responsibility. In a firing squad, the killer can imagine that someone else fired the fatal bullet.

3. Distancing the Victims: Overlook their humanity. Don’t look into the victim’s eyes or smell the fear. Weapons are designed to reduce the enemy to a target. Unmanned drones shield killers from seeing the human agony. The murdered are nobody’s.

4. Not Looking at Victim’s Eyes: Shoot the victim in the back when they are fleeing, not when they’re attacking. Kidnappers are more likely to murder a hooded victim.

5. Avoid Thinking about ordinary Humanity: Victims can’t be seen doing ordinary things like eating, sharing a cigarette or playing with their kids. The enemy’s culture should not be known. That’s why Canadian schools don’t teach anything about our cultures. We are targets that should be eliminated.

7. Dehumanize Targets: Americans called Vietnamese “gooks”, “geeks” and “targets”. Arabs are “extremists”, “fundamentalists” or “insurgents”. Canada defined a person as “anyone other than an Indian” from 1876 to 1952. The killing rate increased to 95% when soldiers shot at human looking targets. Canadian police shoot at targets that look like Indigenous women.

9. The “Double Bind”: the killer is put in a position where they think they are at risk and have to kill.

The Canadian Border Services Agents at Akwesasne frequently use the “double bind”. In 2008 two grandmothers were pulled over, their ID and car keys were taken, and made to sit in the car for over an hour, surrounded by armed commandos. Other Indigenous were pulled over and let go. The guards stayed tight-knit so that none succumbed to feelings of common humanity with the women. None could take responsibility for the subsequent vicious assault.

An unseen voice gave orders on a cell to the commander.

One woman was pulled out of the car, grabbed from behind and thrown to the ground, her face pushed into the pavement until it was scraped, bloodied and dirtied. Her bones were almost snapped. The other woman was pulled out and the aggression came from behind. Her hands were cuffed behind her back. Guards stood where they couldn’t see her face as they tightened the handcuff to cut off the blood supply. While she suffered a heart attack, one man grabbed her pants, ordered her to bend over and tried to pull them down. 6 or 7 other officers entered and left the room to ensure that peer pressure remained in effect.

The frenzy was fed. Then a lawyer entered. Suddenly they were accountable. They removed the handcuffs, gave her a place to sit and offered her a glass of water. An ambulance was called. Two native police officers watched silently, caught between group identities. 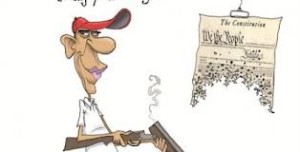 These tactics for war and killing are scientifically developed by economic royalist banksters and their military.