MNN. Oct. 27, 2020. Many places have accepted the right to die law on “euthanasia”. The elderly are placed in old people’s homes, neglected, dehydrated, starved and then they die. 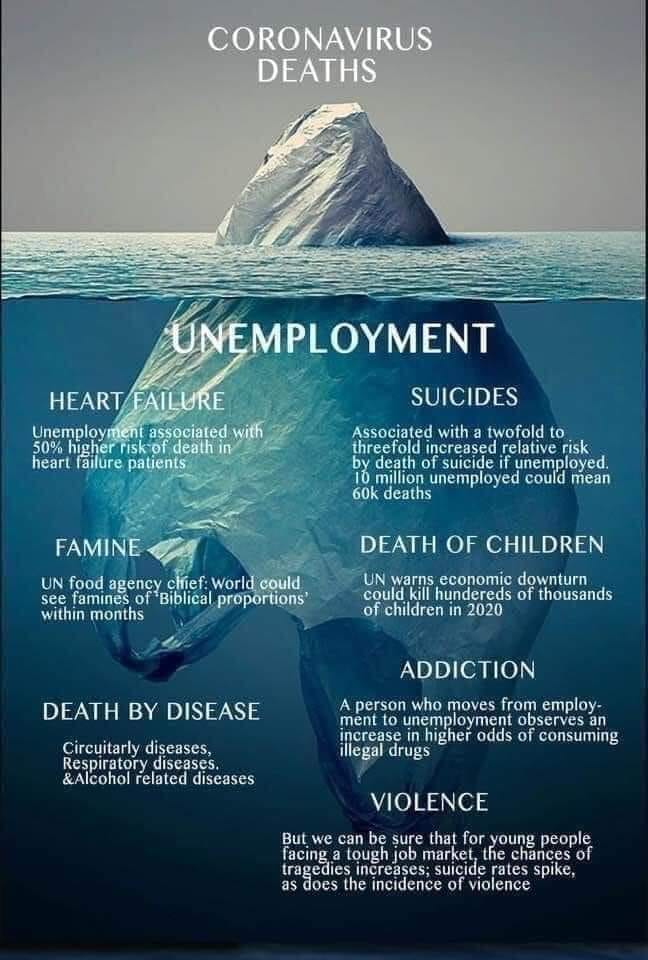 Today the war is for control of the world by 3 groups of serpents who want to cut 90% of the world population by 2024. Euthanasia reflects a death wish culture which has been conditioned into their minds. They are losing their survival instinct by constantly thinking of and discussing death. The first invaders to turtle island were the French, English and Spanish. After WW II five countries got the atomic bomb to kill people – US, UK, France, Russia and China. Now others are fighting to have it too.

It’s a capitalist game. The instinct for self preservation is being phased out or numbed. The human race is walking around thinking they’re going to die. The “Death Wish” culture is implanted in education, entertainment, books, media, discussions on the radio, work place environment, video games to train the killers to bomb from afar, hopelessness rhetoric, etc.

People casually talk about wanting to die when their lives are unsatisfactory or don’t meet the fake standards set by the capitalist system. Pills are sold for all kinds of imagined new fangled ailments. Pills are made for anti-depression medications that aren’t working. To make more money the pharmaceutical industry want people to die slowly by unnaturally destroying their organs, especially the liver.

Racial hatred is one of the most useful tools. Almost everybody hates somebody for imagined reasons. On the surface they are told it isn’t nice to hate, which their conditions hatred that ends up destroying them on the inside. They don’t know natives and our rights but they hate us. We do not intend to hurt anyone. The government wants us to be obedient and out of their way. Our stance makes it difficult for them to keep genociding us with impunity, They created fears of us based on manufactured lies. When they attack and dispossess us, they brag, write about and teach how dangerous we are!

We constantly challenge their systemic hatred by saying we want peace and not to fight or hurt anyone. Peace is difficult when violence is always being used against us. We refuse to attack them but will defend ourselves, as is our human right. They are turning their aggression inwardly and tearing themselves apart. Seeing us and our continued existence stirs up their guilt. We are in their way. The serpents say we are “an inconvenient truth”. In 1974 Henry Kissinger said that 90% of the world’s population are “useless eaters”. So the UN enacted Agenda 21 and Agenda 30 to depopulate the world.

The European environment was destroyed. They invaded us. kaianerekowa, the great peace, and two row principles are the basis of our existence and jurisdiction to preserve nature on turtle island. Their lives are empty and unnatural based on a systemic hatred culture to sustain themselves. The kaianerekowa, the great peace, is based on kaneronkwatsera, the strongest medicine in the world. Hatred interferes with straight thinking. Minds are put out of balance and confused. COVID stirs up fear about dying. Everyday the capitalist system puts out dire death and case statistics which can’t be verified.

It’s difficuilt to fight this underlying wish or fear of dying. Traumatic experiences make people either try harder to survive or give up.

The goal of residential and day schools was to program self-defeat, hopelessness and demoralization in the native people. It failed because of our closeness to the natural world. The invaders are confused about their purpose for being here where they don’t belong. They can’t find meaning in their meaningless existence. Some are running to nature but can’t find it. Their lives and deaths are still controlled by the capitalists. Everybody is tired of the virus but the virus has not lost interest in us.

People wait to be told what to do instead of using their minds. “Put on your mask”, “wash your hands”, “stand 6 ft. apart”, “don’t go to parties”, “today 6 people only in your group”! Answer to a bell like an animal. “Wait for the clock” to run your life”. Everybody gets asked, “Do you have a fever, headache, diahorrea, lost taste buds, shortness of breath, flu like symptoms, or a death in the family?” . We are constantly monitored and threatened with fines and jail time for not following these rules.

When the government serpent grabs somebody by the throat, it gradually tightens its grip and squeezes the life out of the victim. The world is like a serpent that has wrapped itself around the human race. People don’t know how to fight the serpent that hides behind the virus. Then it comes out and snaps its tail with a death blow. Humans are made to think they have no choice.

The largest most powerful multi national concentration of power is the pharmaceutical industry, controlled by the serpents that are squeezing the life out of humans. They make more money when they put a slow death stranglehold on the human race.

Few are hearing the truth. Their goal is to crush the human spirit with an unknown vaccination program that might turn us into GMOs. The human spirit can win. The truth is there but we’re not suppose to see or find it. It’s a secret puzzle that hypnotizes everybody. Time to open our eyes, use our minds and follow our natural instincts. The truth will rise up and show us how to survive. Hitler said the biggest weapon is to make up the biggest lie and tell it over and over again. The biggest lie will rule the world when told enough times. The only way to defeat a big lie is by grabbing and spilling out the whole truth. Don’t let the COVID serpent win.

Rumours of our extinction are greatly exaggerated. The worldwide COVID hypnotic spell has entered like a worm that bores a hole inside us and forms a nest. The absolute truth can remove this worm from the subconscious. The best lesson in kindergarten was about lying. Anything based on a lie will always be a lie no matter how many other lies are told or time passes to back it up. It will always be a lie.

FOOTNOTE: Presently schools and workplaces are full of COVID  which are kept secret to keep people occupied and afraid.

Freddie Mercury sings the truth in his song “Liar”. “I have sinned, dear father. Father I have sinned. Try and help me father, won’t you let me in. Liar. Oh, nobody believes me. Liar. Then why don’t you leave me alone?”

MNN. Oct. 17, 2020. We are extensions of our ancestors. We are survivors of a treacherous road which we will never forget. We want peace according to the kaianerekowa, the great peace. Form and sound work together to show us what peace is like. The invaders stopped our connection to our people, land and environment. We are part of dimensions which the invaders can’t see. We’ve thought about removing the invaders. But we see they are taking themselves out. 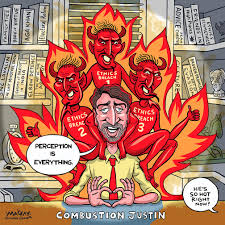 “THEY’RE GETTING MY ‘GREAT RESET’ WHETHER THEY WANT IT 0R NOT!”

We have the life energy to continue while their bodies and minds rot. We  rely on our traditional language to give us insight into the past. Songs and dances are important because their frequencies come from nature which we are part of.

In February 2020 all the trains in Canada were stopped to derail the illegal pipeline destroying wetsuweten sovereign land. COVID suddenly arrived.  Gateway immediately illegally put in the pipeline through the unceded wetsuweten land.

As it stands, if Canada goes, so goes the British empire. The City of London illegally owns the colony of Canada. Bankers are the shareholders of every municipality in Canada. They own every person through incorporating their births, which are banking documents. Everyone is a number owned by them. “No one will be able to make a purchase without the mark of the beast”.

Today the statues and temples that glorify the lives of the invaders are being torn down. It is very difficult to be an original natural person of turtle island. Canada is now in a critical situation. Our mother and creation continue to guard us, while we continue to try to take care of everything – land, water, air, animals, vegetation and all of nature’s treasures. We each take what we need. Those who want too much lose it all.

We have to do the words of creation in every part of turtle island, pole to pole and ocean to ocean, for their protection.

The rotiskenrakete, warriors, will soon stand up and defend. Let us find our allies, those who know the true enemy. Our band council informants are placed in special positions as traitors to their own people. Our enemies carefully select weak minded and lazy people to do their dirty work. They are the tail of the white serpent that we were forewarned about. 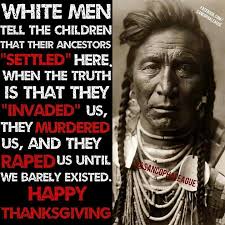 We must all care for the well-being of each other. We will persevere so the great peace will never be eradicated. We will collectively protect each other on all of turtle island. We are reminded of the good message given to us by dekanawida. On this planet all living things have the same mother. She is the earth. We all have the same father, the source energy of all creation. That makes us all brothers and sisters living on our mother. We can survive and co-exist together as family.

The predators/psychopaths play greedy games. They gang up on the innocent because they want to keep our voices silent. No dictatorship has ever stood. They are rootless and don’t belong here. We onkwehonweh are rooted on turtle island and have a path to follow determined by creation. karonhiaktajeh taught us to know this path.  We counsel together to say what we feel and see and then pass on the knowledge. Trained traitors are sent in to spy on and mislead us.

So we will not go hungry, we are counselling ourselves on becoming self-sufficient as we were before the coming of the invaders. Gossip and idle conversation will be kept from our fire. The invaders trick us every day to put life out of balance. We will follow our own mind. We will stay on the path that leads to the peace by keeping a good mind from all the distractions.

Creation created us to spread the great peace. The power of the  kanen’ ron’kwatsera, the love from mother earth, will continue forever.

We are not birds who are released from our cages. Little by little the kaianerekowa shall be fulfilled as our mother earth and creation intended.

The trigger for the global pandemic in February 2020 started in Canada. We stood on the tracks and halted the economy of the British Empire’s biggest colony, Canada. One month later COVID suddenly appeared on the world scene.

Ordinary people are now on little reservations throughout the world. As Lakota, Russell Means, said, “Welcome to the reservation”. The Grateful Dead have a great train song to end this story. ”Driving that train high on cocaine. Casey Jones, you’d better watch your speed. Trouble ahead. Trouble behind. And you know that notion crossed my mind.”…