MNN. SEPT. 24, 2019. We natives dress ‘white’ because we can’t afford those beautiful expensive native ‘costumes’. When we do have one, we get invited to parties to pose for photos with politicians, at supermarket openings and with kids in daycares. 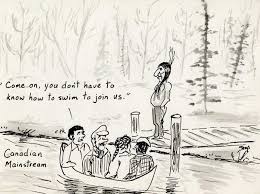 ANYONE WHO VOTES IN THE SERPENT’S ELECTION IS SUPPORTING GENOCIDE OF THE NATIVE PEOPLE AND OUR MOTHER EARTH.

The corporation of the government of Canada works hard to keep us and our issues invisible and our minds ignorant. Stealing turtle island from pole to pole, ocean to ocean is the largest theft in the history of the world, which continues to this day. Traitors like the AFN and “First Nations” band councils are accomplices helping these serpents to try to empty turtle island of our existence. They are as guilty of genocide as their masters. 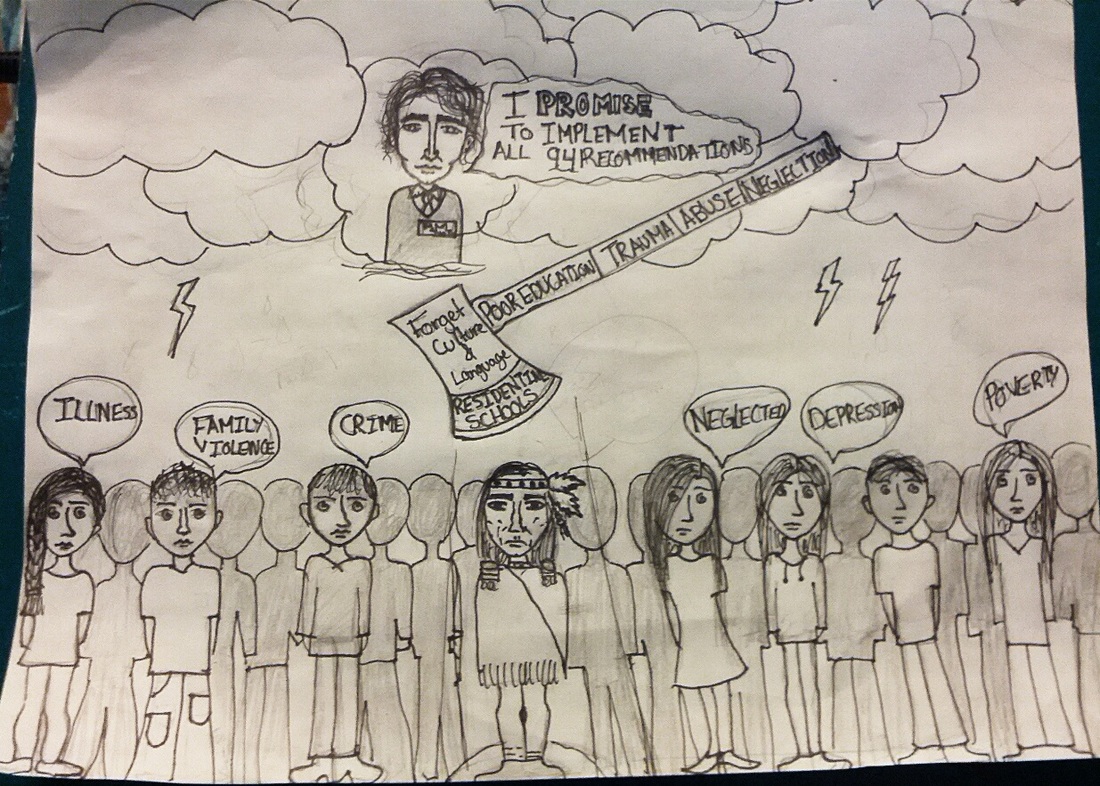 CANADA ERASES THE TRUTH WITH  SMALL “SHUT UP” PAYMENTS TO ITS NATIVE VICTIMS.

The extinguishment of natives is now called the “Framework Agreement”. The bankers are the shareholders of all the incorporated municipalities in Canada. They own Canada and, through the birth certificate, which is a banking document, they own the people.

Brainwashing includes ridiculing or blanking out the truth of our true position as the people placed on turtle island by creation. We are ignored or diagnosed as having mental and physical limitations or are eliminated. Even our own identity is decided for us, like forcing us to use only electronic corporate identity. This is documentation of their slaves.

The corporation has authorized its First Nations Inc. band council puppets to sign the order for our extinction and to cut our tie to our land.

Words like “conflict”, “fear”, “envy” and “hate” or any words that criticize the serpents are out of bounds.

The official foreign languages of turtle island, English and French, and the newly invented “First Nations” languages, based on translations from English, will be used to limit our thinking ability. English is a language of deception.

Only banking names and numbers registered by the corporation are recognized. Calling ourselves by our true native names will once again be illegal. New history and religions will “advance” the serpent’s idea of native society from being free to being controlled by the corporation.

Planned disorder is called ‘harmony’. Misfits are sent to Work Houses, Labor Camps and Military Units. Knowledgeable Elders are ‘retired’. Childrens Aid Societies and geneticists encourage small family units and sterilization without consent. Everyone is classified by intelligence and ability according to what is useful to the corporation. 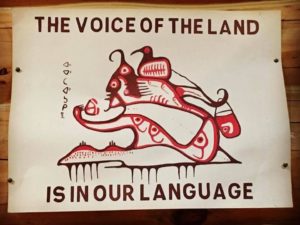 OUR PAST IS BURIED IN OUR MINDS, WHICH ARE REACHED THROUGH ANCIENT MEANS.

Repetitiveness kills naturalness. We are to sit in chairs all day long, do nothing. Go home. Do it again the next day. Those who see beyond, asks questions, refuse daily meds, and resist the conditioning are disposed of. The “Framework Agreement” to municipalize and tax us under the corporate regime is the basic plan for sameness and control.

The corporation fears differences it cannot control. kaneronkwatsera is the basis of our thinking. Differences are natural and beautiful.

Our music, songs, languages, dances and ceremonies are deep within us so we can connect to our ancestors. The state creates drugs and ways to remove deep primal emotions, though these linger.  Socrates invented the 12 note chromatic scale, to hide the original 13 solfaggio notes. These are the notes of all communication in creation.  The corporation made our music illegal to hopefully stop triggering our memories.

Our dreams are a combination of reality, emotions and love of our people, which are being systemically taken away by belittling our very essence.

Our parents and ancestors had joy and pain. The serpents brought the painful owistah disease to bring war and death to destroy the world.

The serpents know the brutality of stealing and killing our young and old. We have memories of our children being stolen from us to take the light from our eyes. The serpents have no empathy, with a need to brutally dominate. Our stirrings are feared. 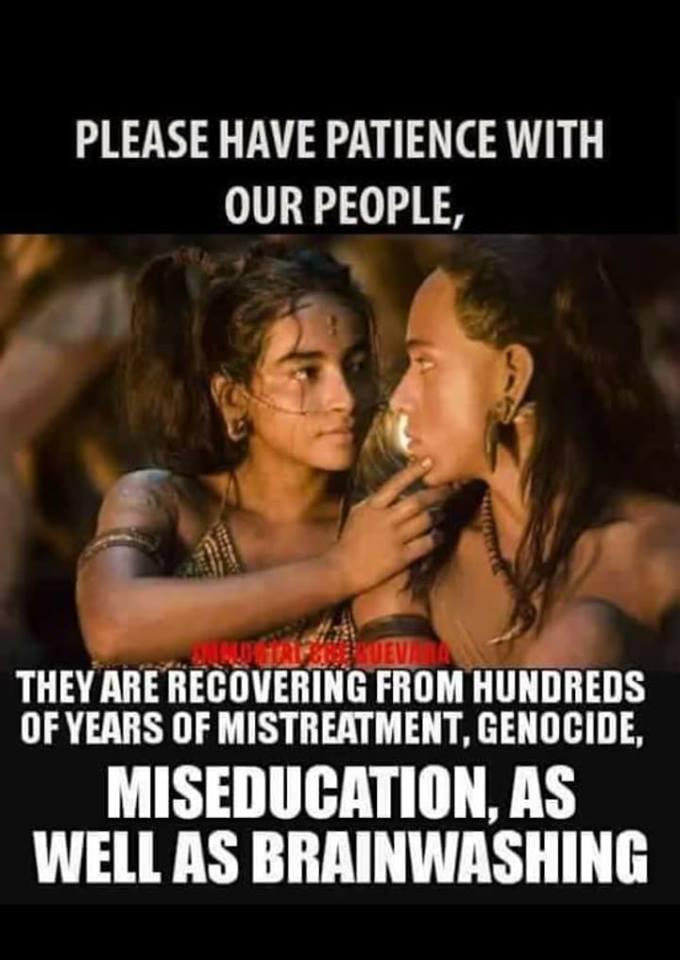 Brainwashing us to kill ourselves is over. The Framework Agreement for our extinction will not remove our tie with creation and our mother earth. We run and hold our babies close to us to feel the warmth, comfort and beauty. Their future is in our minds and arms. We shall have joy, music, love and ceremonies which are in the shadows and echoes.

Jimi Hendrix sings about the changes coming for those “castle dwellers” no matter what “costume” they’re wearing:

“A little Indian brave who before he was ten,
Played war games in the woods with his Indian friends,
And he built a dream that when he grew up,
He would be a fearless warrior Indian Chief
Many moons passed and more the dream grew stronger,
Until tomorrow, he would sing his first war song,
And fight his first battle, but something went wrong,
Surprise attack killed him in his sleep that night
And so castles made of sand,
Melts into the sea, eventually” 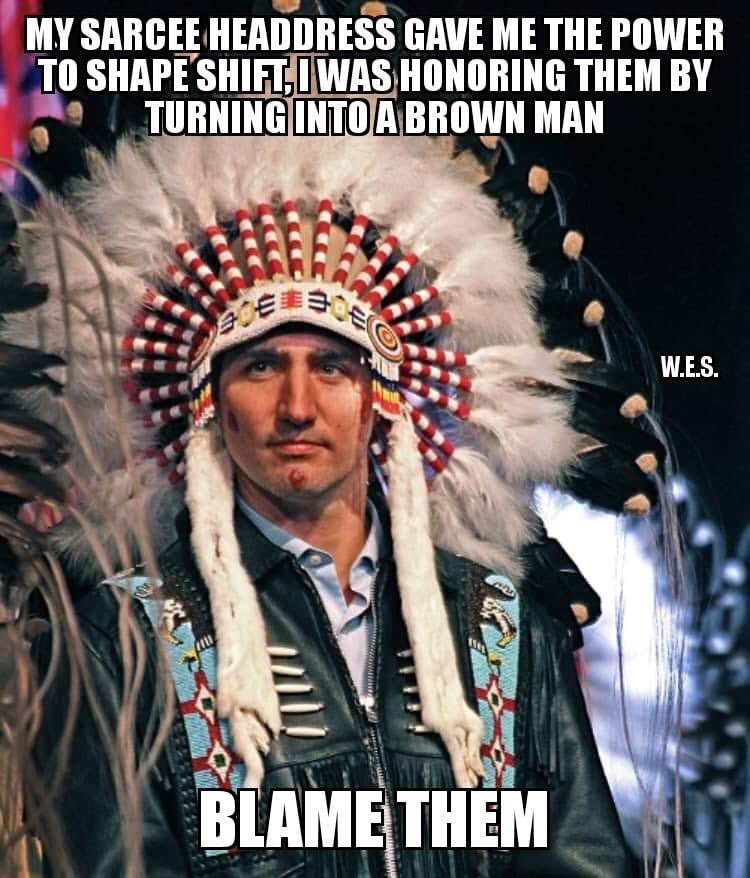 WE SEE THEIR MASK THAT COVERS THE PAIN, CONFUSION & CHAOS THAT IS THEIR GLOBALIST AGENDA. 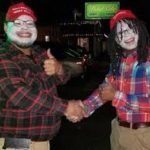 WHITEFACE. IS THIS RACIST? 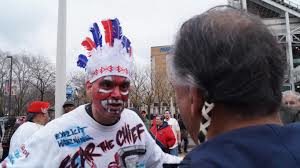 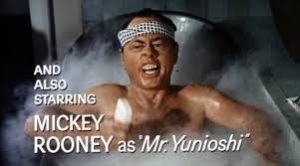 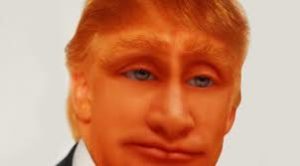 IS ORANGE THE NEW BLACK?