MNN. Apr. 1, 2013. Article 1 of the “Montevideo Convention 1933” defines a state as a person of international law, a corporation, having:

a] a permanent population: Canadians have no common origin to distinguish them from other human beings. They settled on Great Turtle Island where they have no roots and no legal permission from the indigenous inhabitants. 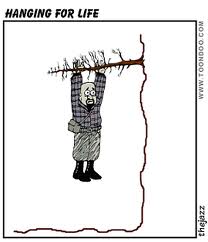 No right to stand on our land.

b] a defined territory: Canada has no land. We never ceded any of it. We never agreed to become part of the British Empire or the Corporation of Canada.

c] a government of its own: its constitutional acts of 1867 and 1982 and other constitutional documents are acts or proclamations of the British monarch to govern its colony. 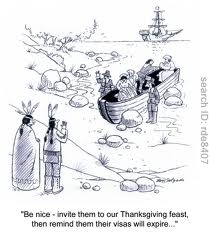 We Indigenous have the qualifications of a state. We made international treaties. We never joined Canada. All valid treaties signed with Indigenous peoples were made with the British monarch, based on the Guswentha, which were all breached. We never surrendered any territory to anyone.  We have a population of the natural people of Great Turtle Island.

Canada was first a French colony until 1763, then a British colony. Canada does not have a defined territory and is not sovereign. Its top administration is under the direct control of the City of London bankers. It is a military base on our territory to maintain control while they steal our resources and fund.

In monarchical states, the people are “subjects” who are conquered or take an oath of allegiance. The Dominion [colony] of Canada was established when Britain’s Parliament passed the British North America Act, 1867, to promote British economic interests on Onowaregeh, Great Turtle Island.

Canadian pseudo citizenship was established in 1967. Britain may change Canada’s constitution at any time, according to the Canada Act 1982. In 2011 Harper needed the Governor General’s permission to suspend Parliament.

International law clearly provides that the appropriation of assets of another nation is illegal. Britain does not own our fund, resources or land and cannot give it to anyone.

Section 91[24] of the BNA Act gave Canada authority to only “negotiate” with the Indians, not to make Admiralty statutes or rules for ‘Indians, and Lands reserved for the indians”.  Section 109 provides a legal commitment to establish the ever growing $50.5 trillion Indian Trust Fund from the exploitation of our resources.

“Onen to those who don’t follow the Two Row “.

Federal, provincial and local entities have no constitutional jurisdiction over Indigenous. They must deal directly with the true people on all matters. Canada, a corporate entity, has no right to impose their corporate by-laws on us, provincial, federal or municipal. As the reality of Canada unfolds before everyone’s eyes, their dream is becoming a nightmare as Steven Tyler sang in Dream on: “Sing with me, just for today. maybe tomorrow the good lord will take you away. dream on. Dream on, dream on, dream on!”