MNN. June 27, 2015. The CROWN put Joe Norton back in as chief of Kahnawake. The previous chief did not deliver the goods on time. In the pretend democracy the incorporated band councils, also called “hang around the fort INDIANS”, obey the CROWN that makes the rules and decisions. The bankers out of London have been running a Ponzi scheme ever since they got here. They lend money to their carpetbaggers to come here and steal what they can from us. The bankers get a return on their money that should have been paid to us for our resources. The illegal Vatican monetary/military matrix was set up to create classes of haves and have-nots. They stole through every means possible with nothing to back it up but force, intimidation and genocide. The band council INDIANS are set up to help them. 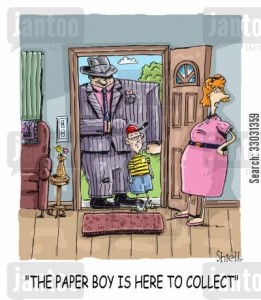 The colonial matrix is the protection racket. The loan sharks lend money at high interest or a promise to protect us from them. Their military collection agency has been collecting from us by threatening to break our legs, burn down our homes or murder us.

The CROWN wants to remove Kahnawake as a tax free zone. Norton and his backers made previous attempts to bring in a casino and taxation. The people said “No” twice. In the casino matrix, controlled by Canada, the workers don’t pay taxes at first. After 15 to 20 years, the tax department comes in and demands taxes for the past years. 100% of the profits go to a small group of sell-outs and the corporate government. If we don’t pay them, our land, homes and resources are confiscated. We are arrested or removed. 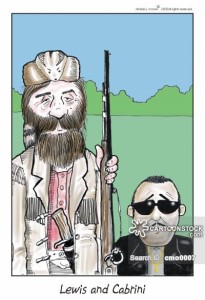 In the Akwesasne people’s casino issue, the outside white population saw our prosperity. They pressured Albany and then Washington to shut us down and pass laws restricting all our economic growth. For us Ono’ware:geh land, waterways and airways are tax free zones.

Our people are given the idea that our education, health and social services are being given to us by the colonial settlers. It is our funds being doled out to us. All Ponzi schemes collapse when the resource owners start resisting. There is only one business here for the CROWN on ono’ware:geh/Great Turtle Island, that is the theft of our resources based on genocide. The ongwe’hon:weh are exposing and resisting the “bag men” who try to collect the CROWN’S “protection” debts.

With the help of the incorporated band council INDIANS, the CROWN plans to exterminate us and control all our businesses through removing our clans and the law of the land, kaia’nereh:kowa. Many of our business people with their outside backers violate our sovereignty by going to Ottawa and Washington to beg for permission to set up businesses. Nations don’t do that! The CROWN is at our door. Every ongwe’hon:weh knows who owes who! 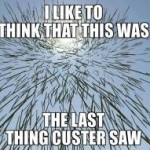 As Floyd Red Crow Westerman sang: “For the lies that were spoken, For the blood we have spilled, For the treaties that we broken, For the leaders you have stilled. Custer died for your sin.” 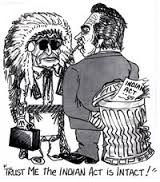 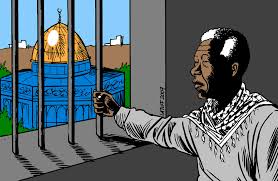 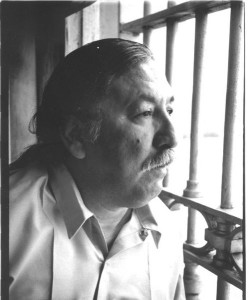 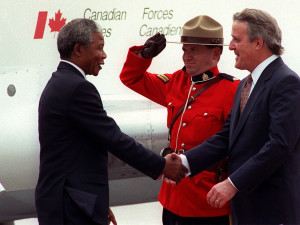