MNN. July 1, 2013. Twenty-three years ago Akwesasne was mired in controversy supposedly over gambling. The two sides were dubbed the “Antis” and the “Warriors”. The antis would invite the press in and stage shootings. They falsely claimed gangs of marauding youths with semi-automatics were roaming the streets. The Warriors pledged they would never fight against our own people. 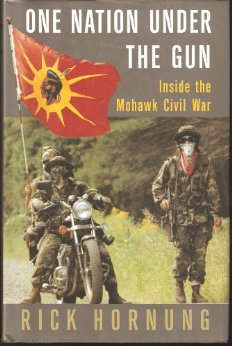 The real issue continues to be sovereignty and jurisdiction. New York State and the FBI have no authority to come into Mohawk sovereign territory.

The condoled Confederacy chiefs feared the Men who maintained the Great Law. They began a false campaign that Warriors no longer existed in Haudenosaunee society. Conflicts were ignited in our communities. 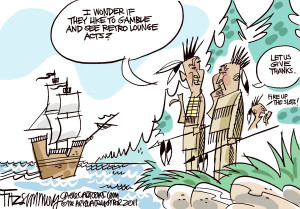 Cuomo replied, “Dead bodies”. Within hours two men were killed, Harold J.R. Edwards and Matthew Pike, both shot in the back. The caller accused a well-known individual and the Warriors of the murders. The Governor knew that the accused was far away from Akwesasne at the time, that the caller was lying.

The Warrior Society asked NY State Police to enter Akwesasne to investigate the two killings. They did not come in.

A well-known native reporter was arrested and jailed based on eye-witness testimony. The witness was visited by unnamed persons. He recanted his statements. The charges were stayed. There was not enough evidence. 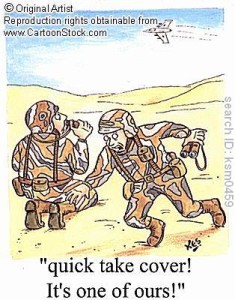 Today no proper investigation has been done. No one has explained the strange timing of the killings. Was this a product of organized crime? If so, who were the organizers? So far the Grand Council of Onondaga has never cleared this up, which is a violation of the Great Law.  As Gene Pitney sang about gunslingers: “Everyone heard two shots ring out, a shot made Liberty fall/
The man who shot Liberty Valance, he shot Liberty Valance/He was the bravest of them all.” The Man Who Shot Liberty Valance.

http://www.amazon.com/One-Nation-Under-Rick-Hornung/dp/0679412654 describes how the killing of two Mohawks during a staged fire fight in Akwesasne in 1990 led to a conflict set up to bring in the outside police forces, NYS Police, RCMP, Quebec SQ, Ontario Provincial Police, National Guard, etc.