MNN. July 3, 2013.  In 1990 I was fired from Indian Affairs for being a Mohawk during the Canadian army siege of three of our communities. We had to move into a tiny apartment above a wild meat butcher shop in the middle of Kahnawake.

Soon we needed to build a house. The local bank offered mortgages. The application was turned down. “Equifax Inc.”, the credit reporting agency and personal-information clearinghouse, reported that I had died on September 10, 1991. A death certificate was on my file.  A copy could not be given to me without proof that I was alive. The bank manager could not authorize a loan to a dead person.

The President of the Toronto Dominion Bank, who heads Equifax in Canada, informed me they couldn’t provide the cause of death or who filed the notice. Local people had to vouch for my living breathing existence. A mortgage was issued to a dead person who never defaulted.

“ChoicePoint”, spun off from Equifax, keeps over 19 billion public records in its massive database at its Alpharetta Georgia headquarters. Without our knowledge or permission information is kept on motor vehicle registration, license, deed transfers, military records, addresses, social security number, social insurance number, credit rating and who knows what else. 17,000 businesses buy the data. We can’t get a copy of our own credit report. “Creditors and thieves are given the key to the data base”, said Edmund Mierzwinski of the US Public Interest Research Group in California.

In 2005 ChoicePoint admitted that almost 145,000 to 500,000 people may have been the victims of stolen information from the company’s data base. Thieves opened bogus ChoicePoint accounts, posing as legitimate businesses seeking data. The bandits then opened up 50 accounts, posing as check-cashing companies or debt collection firms with legitimate business licenses. They were given an access code and password into the consumer data. 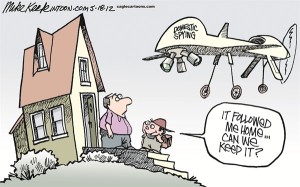 Someone using our names can buy luxury cars with the help of an uncle with a stolen social security number and credit card. We could be arrested for theft. Between 1998 and 2003 over 17.3 million Americans had their identities stolen. The greatest sources for social security and social insurance numbers are the governments. More than 75% of documents we sign include our SSN and SIN exposing 94% of us to identity theft.

If someone is denied an ID, then what? Some think they have no alternative but to twist information to protect themselves! Frank Zappa had it right in his song, “Plastic People“: “Take a day and walk around, watch the Nazis run your town. Then go home and check yourself. You think think we’re singing about someone else? But you’re all plastic people”.