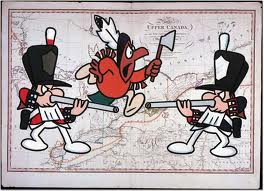 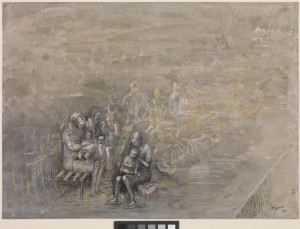 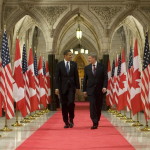 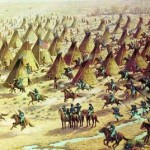 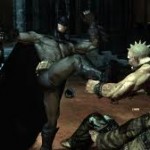 MNN Sep. 11, 2011.  According to a recent study, the short allele in the serotonin that transports genes makes communal people more prone to depression.  The long alleled people tend to be leaders and standouts.  They are anxious loners, another form of depression.

Sharon Jayson of USA TODAY and Sujata Gupta of Psychology Today wrote about a study in 29 countries by Northwestern University in Evanston Ill on how culture may shape genes.

Most people of color carry the short allele.  When they leave their people, they can become depressed.  To protect themselves, they don’t stray from their group.  Or they join a similar group.  Immigrants from faraway places may be prone to depression, as they don’t have access to their group.

Is that why the Mohawk ironworkers came home every weekend?  If they remained part of or in contact with their people, were they protecting themselves from depression?

Highly individualistic cultures such as the USA and Western Europe “value uniqueness over harmony”, having their way rather than agreement or understanding.  They see themselves as unique from the group.  They don’t see the communal perspective.

Members of individualistic cultures have a need to assert their leadership over others or force them to submit to them.  If they can’t control or be superior to somebody, they become anxious.  Their own people don’t jump to their aid.

When a group must work together as equals to survive, Westerners may find themselves alone.  Who would listen to them, look after them or do the work for them?

In the end, will they try to eat us, as depicted in the movies “The Road” or “Alive”? These films were long allele responses to apocalyptic events.  The white people lacked the natural urge to take on a group identity.

The fast decreasing Western population fear having no one to dominate.  In a catastrophe [probably of their own making] their victims may turn their back on them.

Have long allele people become expendable?  Is nature weeding out those who have harmed the earth?