MNN. Dec. 10, 2014. Will and Kate represent the British monarchy, which is “white privilege”. They arrived in New York, went to see President Obama in the White House, gave him his orders,

then went to flaunt their white privilege by mocking the anti-white Garner protest in New York City and then left.

The British Empire democracies – US, Canada, Australia and New Zealand – have always applied enhanced torture. They are trying to legalize genocide and torture for themselves only.

Israel already trains police forces in torture tactics for “crowd control”. Israel is the cancerous sore growing off the side of the head of the British Empire. First it was a little mole. Now it’s a pussy sore, which will soon be cut off, leaving a gaping open wound. 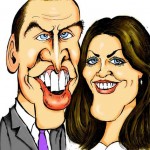 “Keep your friends & family close, but keep your enemies closer.” Will & Kate:

Admiralty law of the seas puts a dollar value on everything. In the 1700s the bankers invented Admiralty law to settle trade disputes on the open seas, where no law of the land applies. It is strictly for money, corporations and banks.

When people are sent a summons to attend an Admiralty court, it is an invitation to attend their place of business, that is all. The judge is the captain of the ship. When you step through the gate you have entered the ship, you have given him the right to decide how much money you will give to them. It’s invalid if you are forced into the procedure. If no plea is entered, you will be illegally held for a short time only, since its a human rights violation.

Bench comes from the Latin, “banco”, meaning bank. The Judge is the banker. In their language called “legalese”, the judge sits behind the bench reading the list in the court docket, which is all in capital letters. He asks, “Are you JASON SMITH?” If you answer, “Yes, I am”, you have agreed to represent the corporate identity they created for you.

Legalese is the foreign language of the law societies applied illegally to all of us, preventing us from getting a fair trial. All lawyers take an oath from the Temple bar in the CITY OF LONDON.

The real law of Onowaregeh is Kaia’nere:kowa, the Great Peace. In 1871 the US was brought under Admiralty law and in 1867 the colony of Canada was.

When the INDIAN band council calls a meeting, they sit at the front behind a table representing a bench. Ongwehonwe sit in a circle where everyone is equal. Our circle surrounds Ongwehonwe law. Our fire is the people. Kaia’nere:kowa, the Great Peace, will eliminate their system. The 500-year war called colonialism is almost over. 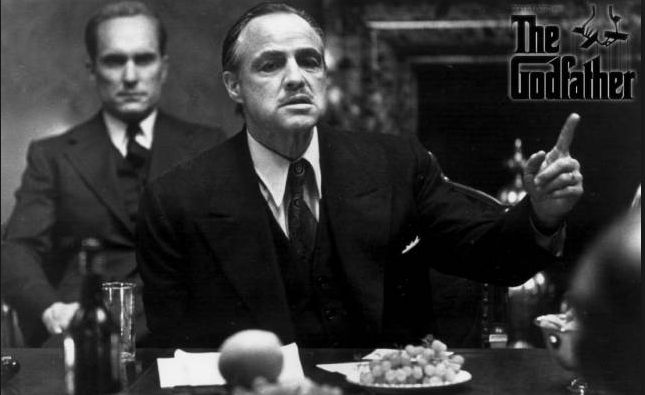 “I’ll tell them about a deal they’ll like so much they’ll definitely take it.” The Chief.

The band councils don’t want to sit in the circle with the people. They want us to put a dollar value on our Mother. It is immoral and illegal. Every plant, animal, winged ones, fish and the natural world wait for us to follow our original instructions.

Admiralty laws are chains tightly wrapped around us by the bankers. The legacy of the US is police brutality, murder, torture, war and genocide. The US is the great deception. People think they’re free. They’re the most oppressed on earth.

When their money machine is gone, the bankers shall be cast down from whence they came. The torture will stop.

We will break from these bankers’ chains that bind us. Frank Zappa describes their matrix. “Flies all green and buzzing in his dungeon of despair. Prisoners grumble and piss their clothes and scratch their matted hair. A tiny light from a window hole a hundred yards away is all they ever get to know about the regular light in the day…”

Then he describes Will and Kate in this: “An evil prince eats a steaming pig in a chamber right near there. He eats the snouts and the trotters first. The loins and the groins are soon dispersed. His carving style is well rehearsed. He stands and shouts all men be cursed”. [4 times].