MNN.NOV. 5, 2020. Canada  just announced what they’ve been doing all along. The military is trained to run a fascist state. [READ STORY]. They have in effect admitted that turtle island is a military occupation of onkwehonweh land. 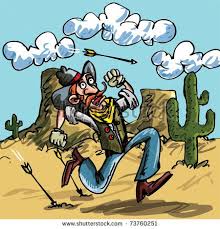 In 1924 the Indian Lands Acts were illegally passed giving all of turtle island to the provinces and placing us in military Prisoner of War camps called ‘reservations’. It is part of the NWO being imposed on turtle island without our representation.

The United Nations has been turned into an octopus to strangle the world. Now we must comb the snakes out of the mind of the Medusa figure which runs the UN.

We know as truth that turtle island is our land to infinity regardless of the ongoing genocide and fake Admiralty claims by the Corporation.  Our people’s blood is soaked into mother earth. Some settler colonists are coming to us for help. They’ve already been told what to do. The kaianerekowa, great peace, assured us all that we have to use reason. dekanawida told us we can only expose the truth and inform them of the teachings that were handed down to us.

Only the great law will stop the worldwide dictatorship that is being planned by a few megalomaniacs. It is not freedom and democracy when a few greedy elite have power because they hold their atomic bombs over our heads reminding us they can destroy all human life.

The black serpents are here among us. They are the child traffickers, pedophiles, drug pushers, kidnappers and killers of our missing and murdered women and girls, drug dealers and they run the government apparatus that enslaves and destroys the people.

Our condolence cane shows the current nations of 50 Iroquois sachems, which is the model for the 50 states of the US. 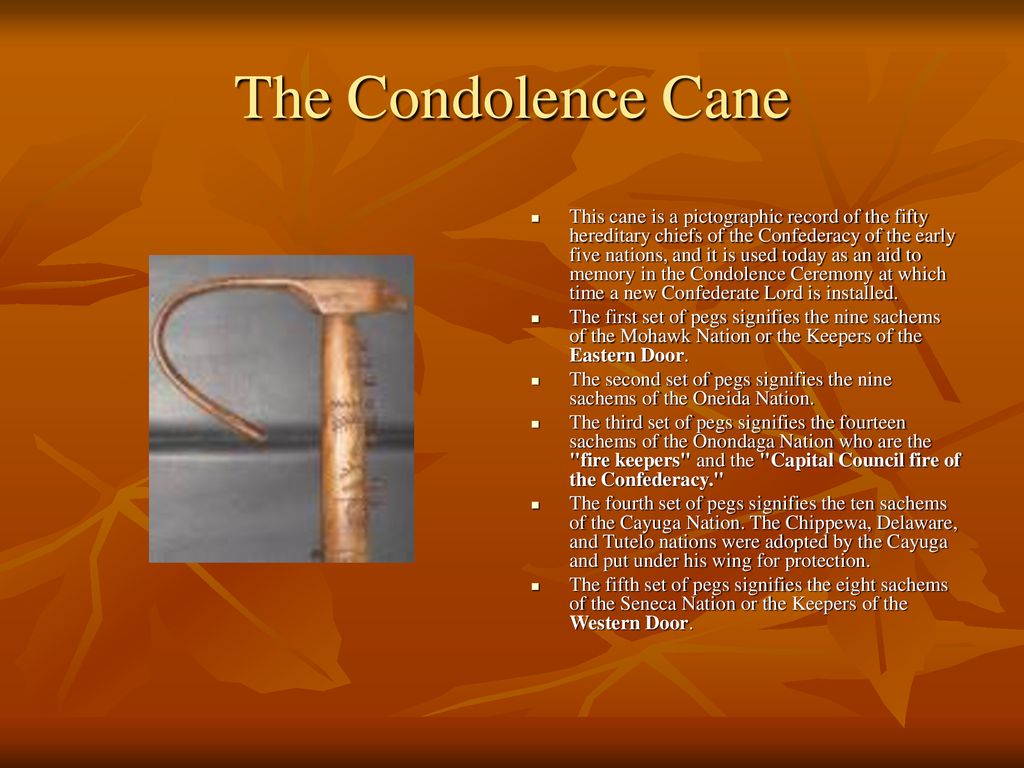 The Iroquois Confederacy decision making power is the basis of the US  “electoral college system” and the three prongs of the government: the Senate, the House of Representatives and the Presidency. These three powers are balanced to prevent totalitarian control of the people. People can have weapons to defend themselves from a totalitarian government.

Each state has two senators. Small states like Rhode Island and Delaware have equal power to large states like California and New York State. They accepted our system but backed off to plunder our resources. An extermination plan was set in place to totally annihilate our people, physically and mentally.

Hunter Biden’s tattoo of the Finger Lakes on his back looks like serpents, that are trying to return to the head of atotarho whose snakes were combed out of his hair so he would have a mind of peace rather than aggression. The headquarters of the UN in New York is on the Hudson River, which feeds from the waters of the Finger Lakes region.

The UN is trying to take over all sovereignty of every nation in the world by pretending to use our ideas of peace. They tried to turn the kaianerekowa, great peace, into a weapon of domination. Only the Iroquois Confederacy system can halt the tyranny of this creature.

The Finger Lakes is the center of the power of the Iroquois Confederacy. The water over, under and through one of the greatest deep water lakes in the world is being deliberately polluted. Our grandfathers tried to block the St. Lawrence Seaway to stop ships coming up the river to pollute the Great Lakes, the greatest fresh water lakes in the world. The politicians appear to be tools of the same bankers.

The NWO wants to undo what dekanawida and ayonwatha helped to create, freedom and equality. The Red Man is being forced to beg the gluttonous enemy for justice, while pretending to use our ideas as a facade to hide their weapons of control.

https://nationalpost.com/news/national/defence-watch/canadian-military-to-establish-new-organization-to-use-propaganda-other-techniques-to-influence-canadians/wcm/e9ac3abb-0674-4443-a99c-9c17a3673b79?utm_term=Autofeed&utm_medium=Social&utm_source=Facebook#Echobox=1604334684. CANADIAN MILITARY WANTS TO ESTABLISH A NEW ORGANIZATION TO USE PROPAGANDA WITH TECHNIQUES TO INFLUENCE CANADIANS 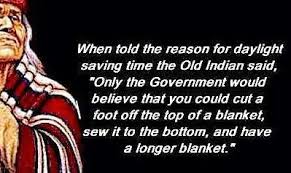 MNN. Nov. 3rd, 2020. The New World Order NWO is polluting the Finger Lakes, which is the source of all major rivers in northeastern United States. It is also the source of the greatest true democracy in the world that came from the Iroquois Confederacy. The Confederacy and its allies still maintain unceded sovereignty over the Western Hemisphere. Obviously Hunter Biden wants to show by his tattoo of the Finger Lakes on his back that he is part of the source of the pollution that is entering the water systems in eastern United States.  [See story below]. 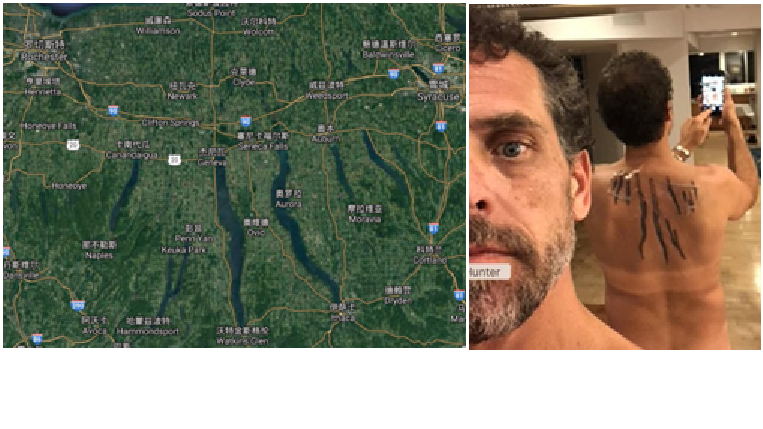 Our mother earth and creation have not been asked about this unnatural white man invented ‘new world order’ plan from Klaus Schwab [GREAT FASCIST RESET]. Our mother and creation have all the say. No one wants to go to war with nature because they will lose. To set up the NWO the indigenous people of turtle island will have to be removed so as to turn turtle island into terra nullius, unoccupied land. Then they think they will own our land and all the resources.

Our ancestors warned us of this day. Don’t let them put those 5G wires all over your head. The 1 percent wealthy elite think they are going to run the NWO with their polluted and twisted minds. Critics are going be moved into dissenter camps across turtle island [North America] and throughout the world. We are the spiritual true owners of turtle island, the Western Hemisphere. They want us “disappeared”. They’re not sure how to do it. They avoid making a covenant of peace and have a hands-off relationship with us. We will tell them to stay in their ship and we will stay in our canoe.

We are sad and alarmed that US, Canada and others are being taken in by lies coming from the NWO. The invaders have no good purpose in life because they  have cut themselves from their own aboriginal roots throughout the world. They have always tried to cut us from ours. They cannot re-attach themselves to nature unless they go back to their own homelands and regain their connection to their ancestors. They don’t belong here. Things must be settled with us based on the great peace and the damage done to our mother earth must be fixed.

We are sad to see people walking around Walmart wearing masks walking in circles, not knowing where they are going. Their eyes are empty as they don’t know what’s going to happen next.

Our feet are rooted in the ground and we know who we are.

The elites are planning to rule all humanity through the “financialization of Nature”. A leaf cannot turn into a dollar bill. True wealth is the good things that one does for other people. It is impossible for anyone to steal and patent all of the planet’s biodiversity, including the oceans. Idiotic nonsense! This is how distorted minds see the natural order. Making deals with each other to eventually sell each other out. When they get what they want, they become even more possessive and greedy with each other and everybody.

Canadian Justin Trudeau and Joe Biden support the NWO. They think that somehow they will become kings with their own thrones. In fact they will be lapdogs for their NWO masters. Our mother earth and the natural power of creation will fight them if they don’t live by nature’s rules. They will become sick and die.

We don’t have to accept the NWO fascism, the fear mongering, the smartphones, the DNA editing, the walk into their transhuman hell. We will not be taken over, even in the smallest way. We will not give up our own personal sovereignty of our  body, mind and energy.

Promises of jobs for everybody, 24 hour surveillance, vaccines with nanobots to change our DNA, eugenics, technocratic pharmaceutical hell and constant threats.  The invaders follow any whim or idea that floats by them to make money.  We don’t care what is promised. Our body and minds are made to heal themselves. Our feet are planted into solid ground. We can defeat them with the guidance of the great peace.

Those corporations called countries became big powers because they have nuclear bombs to drop on people. After World War II a decision was made that 5 nations will have an atomic bomb. France, England, Russia, China and the US. Then Israel, Pakistan, India and North Korea also got the bomb. Now they want to rule the world not because they are smart diplomats who want peace for all humanity. They are cabals that want world domination with everybody licking their feet. The biggest fear is that the nuclear bombers will rule the world as a group.  That’s not going to happen!

Only the Iroquois and the kaianerekowa, the great peace, can stop this madness.  When we make peace, we bury the hatchet. Dekanawida went to Atotarho, the chairman of the Iroquois Confederacy, to bring peace between warring peoples. A true peace can only be created when everybody gives up their weapons. They leave them at the door and shake hands and start to talk. World peace will come when we say, “You are going to bury all your bombs!’

An Iroquois, Ely S. Parker, sat between Robert E. Lee and Ulysses S. Grant, and got them to trust him. They felt comfortable and gave up their arms and anger. The South surrendered to the North in dignity. The Iroquois knew this was necessary to keep a real peace between them.  Then they planted the tree of peace to replace the weapons.

Creation will always give you what you need. The NWO will try to control the food supply but nature will not let them. The NWO won’t let anyone have anything without the mark of the beast. The number 666 on the forehead and hands means control of minds and thinking and the hands which signifies the work they will be forced to do for the NWO. We don’t have to submit to this. Nature will always supply our needs.

We cannot cooperate with the New World Order. Watch out for that vaccine. Don’t pay your phone bill. 85% of the world don’t have phones, or computers or reception anyway. Go ‘unbanked’. Save yourself.

Our grandparents never drove a car, worked their 100 acre farm by hand, with no electricity, no phones, no running water. They raised 10 children who had other children. There are now over 1,000 kanienkehaka/Mohawks from those two people. Our grandparents proved that the NWO wasn’t necessary to supply our needs.

We will always find a way to survive.

Let’s bury fascism. It violates natural law. It will destroy itself.

The band Muse has a song we should all be singing right now: “Paranoia is in bloom. PR transmissions will resume. They’ll try to push drugs and keep us all dumbed down so that we can’t see the truth around. Another problem. Another scene. Another trapped lie to keep us trapped in greed. With all the green belts wrapped around our minds, so we can never see the truth around. So come on. [Muse. Uprising].

The Secrets Hidden in the Tattoo on Hunter Biden’s Back