MNN. Feb. 12, 2019. Jody Wilson Raybould, was thrown to the back of the bus by the Trudeau government because she would not cover up for the corruption that the Liberal government depends upon.

She announced today that she is resigning from Trudeau’s foul cabinet position. She will continue to represent the people of Granville BC. to the best of her ability. She took an oath of fealty to the foreign autocrat, Elizabeth of England, so that no secrets would ever be revealed. [lTrudeau’s oath to Queen]. https://www.youtube.com/watch?v=ykIFQsDaou8

Will Jody Wilson Raybould renounce her oath to be a servant of the Queen of England? That would be momentous. She would be the first Parliamentarian to decolonize. She is reaching to the core of her being, a native woman on great turtle island. She will gather the strength that she needs from the kanonkwatsera’kowa, the love of mother earth. The source energy of all creation was placed in each of our minds, which makes each one of us absolute sovereigns. No one can tell anyone else what to think. That is the power. 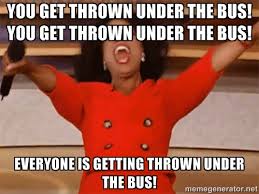 We are proud of you, Jody. Stay on that path to the peace no matter how strong the wind tries to blow you off of it.

A native woman once stood behind Minister of Indian Affairs, Jean Chretien when he was announcing the 1969 Liberal government extinction policy known as the “1969 White Paper”. She stood behind him and shook her head “No” to everything he said. Jody Wilson Raybould has shaken her head “NO” to the corrupt colonial system.

She must be feeling something like what Golden Earring says: “I’m falling down a spiral, destination unknown. Double-crossed messenger, all alone. Can’t get no connection, can’t get through, where are you? And he says: Help, I’m stepping into the twilight zone. Place is a mad house, feels like being cold. My beacon‘s been moved under moon and stars. Where am I to go now that I’ve gone too far.”

Posted by Honoring our Ancestors of Turtle Island on Thursday, February 7, 2019

The Act of 1871: The “United States” Is a Corporation – There are Two Constitutions