MNN. Oct. 7, 2013. President Obama  wants war to preserve his and US credibility, which is based on keeping the US dollar as the world currency.

In 1944 during WW2 the Bretton-Woods agreement made all global trade and banking base its value on the US dollar. It was backed by our Indigenous resources and funds, which was used to rebuild war-torn Europe, the Marshall Plan. The US was paid in US-backed dollars. None came to us. 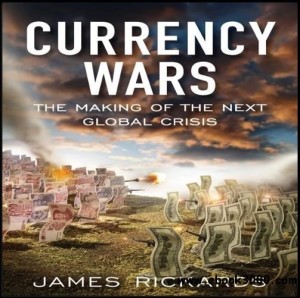 Under the privately owned Federal Reserve System, money is a loan at interest. The owners get a “piece of the action”, the accruing interest, of every transaction worldwide that uses the US dollar as the base currency. All buying power is based on its value.

International bankers own and control all corporations worldwide. Americans don’t really have to work as long as they can collect their “cut of the action”.

The private central banking scam is designed to create more debt than money. The debt can never be paid off. Some nations are not paying the interest to the US. They’re always finding ways to keep collecting money from us. At least we are the only people who can truthfully say we own the land. 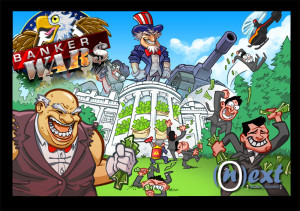 All borrowed money gives the bankers  a “piece of every action”, like the Mafia gets from every business operating inside their territories, or else their business or country will be demolished.

War is made against those nations who refuse to use the US dollar or the US based global banking system. The Mafia [Federal Reserve] collects their “piece of the action” by sending out their enforcers, the US military.

The US dollar is losing its real value due to banker created inflation. Prices rise but wages don’t! The US is trying to borrow from other nations to run their country. Syria does not owe any money to the IMF or the World Bank, which circulates the US dollar and coerces all countries to use it.

China deals with 8 nations that do not go through the US dollar. Many South American nations fund their own BRICS controlled central bank for trade and investment, without using the US dollar.

If President Obama can’t get his war with Syria or Iran, many nations will drop the US dollar. The party will be over for Wall Street and the Federal Reserve. Many countries know that the debt is really owed to the Indigenous people here.

We Indigenous can break the will of those Americans and others who are eyeing our ever-growing $405 trillion Indian Trust Fund, the biggest in the world. We will stop these warlike people by questioning their right to live on our land while violating the Great Law of Peace of Great Turtle Island. 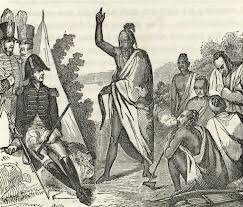 Indians: “Go back to the Fatherland with what you came with, nothing!”

For more information on this topic, go to whatreallyhappened.com