INDIAN AFFAIRS, THE END IS NEAR

MNN. Feb. 16, 2013. The Corporation of Canada is trying to do away with us by pretending to remove their international treaty obligations, budget, protection and stealing our ever-growing Indian Trust Fund. They want to get out of actions for liability for all the cruelty, larceny and crimes they’ve committed against us. They think the stroke of a pen can make us into “Canadians” against our will. They will not get away with genocide. Obviously, they will try anything. 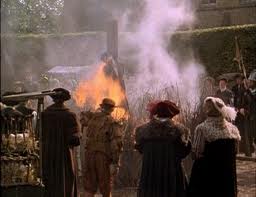 We’re not disappearing. Indian Affairs will be killed off piece by piece. The Indian Act is the “weapon of mass destruction”. We are using the law of the land, Kaianereh’ko:wa/Great Law of Peace, the Two Row Wampum and taking over our massive Indian Trust Fund. Then we can do what ever we need to do. We will set up law of the land courts. Everyone has to follow it.

We want full accountability and total forensic audit of Indian Affairs and its entire gangsta’ apparatus, subsidiary companies, contractors, and the names of all the shareholders of the derelict corporations. We will be holding the feet of the criminals to the fire. A lot of lawyers and consultants have been getting big career boosts and piles of our money by misrepresenting us and feigning investigations into criminal acts committed against us by the colonial government without resolving them. By design, they are meant to be lost. 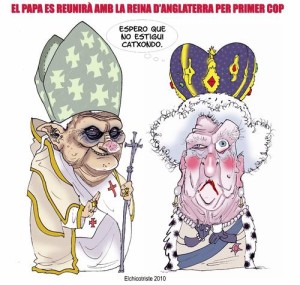 Queenie: “Look what you did. Now I have to get a REAL  job”.

Indian Affairs is organized crime. Prime Minister Harper is the head Don. The provinces, ministers, corporations, judges and armed forces are all part of it. They take blood oaths to the godfather [mother], Queen Elizabeth, to hide their wrong doing, as Pope Ratzinger is doing now hiding in the Vatican to avoid prosecution.

The tribal and band councils are striving to become full patch members to exercise the rule of terror over us to keep us in line. They are all following the business plan of the royal economist bankers.

A proper land-lord tenant relationship will be set in place. Settlers will stop gobbling up our assets, polluting our land and destroying the inheritance of our coming generations. We will  sit down and start talking about the terms under which they can stay here. Their future relationship will through Guswentha to the Kaianereh’kowa. They must become of one mind with us, or the war will continue.

No, we’re not afraid to get rid of Indian Affairs. They have an ongoing debt to us supported by their own laws [Section 109, BNA Act, Royal Proclamation, and so on] and the human rights covenants Canada signed and supports internationally. We have to carry out our original instructions. The land has to be taken care of. The damage has to be repaired. 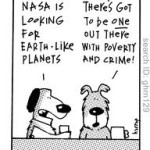 Discussion in the lunch room at Indian Affairs.