MNN. NOV. 6, 2013. Toronto Mayor Rob Ford and Prime Minister Stephen Harper grew up In West Toronto, lived and shopped at the same plaza!! Canadians and world elites are supporting these degenerates! Ford is on a video smoking crack. Harper bribed a senator. They both think, “We can do anything we want.” The masses are slaves to tyrants? The elites protect each other’s criminal activities. Those who make the most money make the rules. The plutocracy of white privilege supported by the money put into their off-shore bank accounts by multinational bankers can do as they please. The polls support them. The mainstream media shamelessly promotes these con men worldwide. 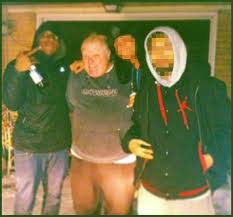 Rob Ford’s friend [to the right] was shot shortly after this video was shot.

People are waking from the “owistah” disease but stay silent. They falsely believe there would be chaos, uprisings, bloodshed, anarchy or mob rule without repression. They are told this is the only way to keep getting the bounty the slave system offers. Stalin said, “It matters not who wins the vote, only who counts it” [the polls].

The people are conditioned from birth to defend their rulers even if they are stupid, low class, immoral vicious tyrants. 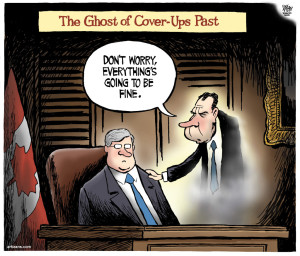 People are documented subjects owned by the corporation. Everyone with any identity card signed by the beast registered with the corporations is a slave. Fake rules enforced by cops, courts and threats keep them in line. The Supreme Court Act 1949  required a constitutional amendment that never happened. It is unconstitutional, or illegal. The invaders imported this system of control.

We were lied to, “Slavery is good for you to become civilized physically, morally and intellectually”. “We will keep you safe from the terrorists we created to scare you.” Natural freedom-loving Indigenous saw through it and could not be enslaved.

The depraved are elected into office, those who will lie and kill their own family on behalf of the corporation. These lazy, greedy, morally bankrupt and stupid politicians run a structure masquerading as a democracy.

The police state, loss of civil liberties and property is here. The masses are now being herded into FEMA camps to be exterminated. FEMA camps for exiled. 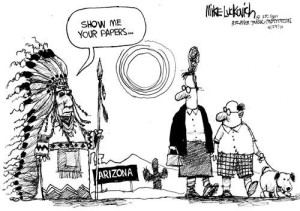 The corrupt will leave Great Turtle Island and return to the “Fatherland” where they will die or rot in prison. The problem is “me” and the solution is “we”.

Removing us to take our Natural Resources is necessary for the planned One World Order corporate banking elite. The solution is “The Great Law and The White Roots of Peace”. See: Video: Warning to AFN of NWO. Decolonize Open Letter to AFN Shawn Atleo, Chiefs, Clan Mother…