MNN. Mar. 13, 2013. Talk overheard by our Warriors of the 4th Dimension in the War Room on the 14th floor of Indian Affairs, Ottawa. Several band council chiefs are sitting with the genocide strategists;

“How do we kill their spirit? What are they going to do to us for the genocide we committed that is already proven?” 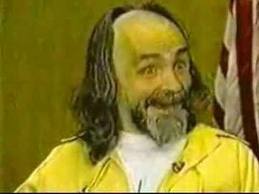 Chairman: “Let’s get this meeting started.”

“Who’s pushing them? They say their Mother [Earth]! And she remembers the past! How do we get them back into the bag?”

“They’re insane. Look at them. Next time they do something, let’s surround and intimidate them. Our agent provocateurs, like Gary McHale, can rile them up. Remember Oka! We’ll put razor wire round them.  No, we can’t. There are too many of them.  They have a lot of supporters.”

“We can’t move them back into the concentration camps [reserves] and lock them up. That would be a violation of human rights. The rest of the world would see it this time. It’ll take too much rations and amenities to keep them there.”

“We have to make them sign all those bills to agree to give us their resources, or we’ll put them into third party management and starve them out. Yeah, like we did in Attawapiskat.

“We can make up more rules, set some new traps, so they can’t get away with anything”.

“Yes, we took away 35,000 of their kids in the last little while and put them in foster care but we can’t break their strong attachment to the earth and their people.The assimilation strategy is not working. Just enough of them left to give us a big headache.”

One chief says, “We’ve done everything you asked of us. What can we do? The kids are more defiant than the parents, and they’re the fastest growing demographic in Canada”.

‘They want to wipe out our wonderful hierarchical war making system. They want back everything we stole.They’ve never hurt us. We have gated communities and secret bank accounts. We don’t even have to look at them when they walk by us on the streets.”

A chief chimes in: “They aren’t afraid anymore. They have nothing to lose. Whatever happens, they’re coming for us.  They say the whole temple is coming down.”

“We can’t predict their movements. Let’s get the public to become scared of them. We’ll call them terrorists. We need another false flags like at Akwesasne that caused Oka. The masses could start hurting them. The cops are doing a bad P.R. job of making it look like civilians are abusing them.”

“A lot of the masses are on their side. They won’t retaliate, but they’ll defend themselves.”

“Why are band councils and provincial and territorial Indian organizations falling apart? Don’t we pay them enough? They’re supposed to be the leaders we pay off! Our hierarchy system where we put one guy in charge and pay him off is not working on them. Is it this egalitarian system they always talk about? “

Just give us more money!

One chief says, “Maybe if you tripled our pay, we could pay off some of them and make it work.”

Another chiefs says, “We try to keep them ignorant and pacified. They’re making moves without us.”

Another chief reminds them, “I heard that someone told them, “Don’t make deals with murderers”. The Common Law Court based out of Europe just found the Pope, Queen and Prime Minister Harper guilty of complicity in genocide”.

“Doesn’t that make us all guilty of complicity in genocide for following them, as it was stated in the Nuremberg Convention on the Elimination of Genocide? How did it come to this?

“The band councils and Indian organizations are fighting to be the bosses of the Indian Affairs cabal. There is only so much largesse. Naw, there’s trillions in the Indian Trust Fund. What happens if they withdraw all their money from the trust fund???” 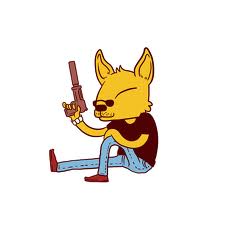 Is this another job for Carlos the Jackal?

Red-X says; “When the shit hits the fan, them good little chiefs are gonna protect their own asses, not their masters in the War Department. As Paul McCartney sang, “Tell me, tell me, tell me, come on tell me the answer!” Helter Skelter  It’ll just be helter-skelter in your War Room on the 14th floor of Indian Affairs”.