MNN. Mar. 3, 2013. Today Queen Elizabeth is being served with documents finding her, the Pope and Canada guilty of genocide [International Tribunal into Crimes of Church and State]. She cancelled a trip to Rome and has gone into the hospital. 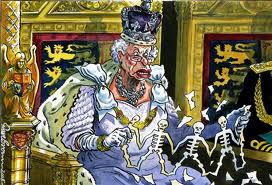 She is vomiting and has diarrhea. Looks like big movements are going on in the highest levels of international corporate power. Both she and the Pope are in the advanced stage of the “Owistah” disease. 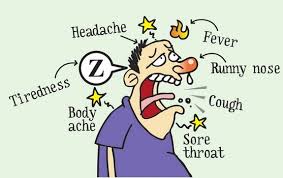 The beginning stages of “Owistah”

One of the biggest prizes is slipping through their grasp, Great Turtle Island. Our territory has more fresh water than any country in the world. The US Midwest will soon be a desert because of the misuse of our land and water. They want to drain our Great Lakes, connecting Lake Michigan to the Mississippi River. We have not been consulted nor asked to give our consent.

The European oligarchy and monarchies have not been able to take over the roots of Onowaregeh Great Turtle Island. We are resisting. They realize they have to kill us one way or another. Their entities running their corporations in Canada and their trained puppets are falling apart. The Queen just could not take it, especially losing her grip on our ever-growing Indian Trust Fund. It has been paying the Queen, Pope, World Bank, International Monetary Fund and the banking families in Europe for centuries who have been able to live without working ever and to pay for the continuation of war.

We Indigenous are all naturally placed in various parts of our mother for a reason, to guard Great Turtle Island from these serpents. Mohawks are on major water ways and lands these powers need to carry out their agenda. We look east, to watch the enemy coming from that direction. Our people in the west, north and south look out for the serpents coming towards them. 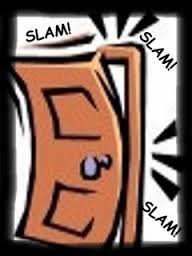 At the beginning they agreed to abide by the treaties that were signed between them and ourselves, our friends and allies throughout Great Turtle Island. They are still binding, to live with us and not take our land and resources. Instead they tried to eliminate us and their legitimate obligations. They want to get rid of this lien [the Indian problem] that we have on all our land and resources. As long as we stand firm, they can’t complete the rape and control of the world. We are closing the door to these foreign usurpers and they know it.  We could be witnessing the last Queen and the last Pope, the end of hierarchy.

As Blood, Sweat and Tears sang in Spinning Wheel “What goes up, must come down. Spinning wheel got to go round. talking ’bout your troubles, it’s a crying sin. ride a painted pony. let the spinning wheel spin.”