MNN. Aug, 8, 2022. The Pope said, “Yes, yes. It was genocide!” They did the crime. What now? All jurisdiction over turtle island called Crown land reverts to the original people. The invaders are landless. It is all onkwehonweh land, not corporate land. Everything they claim is illegal based on the foreign Admiralty Law of the Seas brought to turtle island by the invaders. We are part of creation and defenders of turtle island. They are uninvited people squatting on our jurisdiction, that’s why we called them canajon [Canadien], which means “the squatter sitting on our land”. They own nothing. 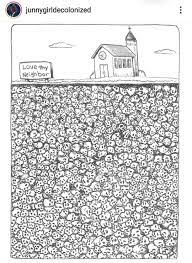 Our fight is with rawira-nen-skwas, the Pope [he takes away the life of children], and  the corporation of Canada, which is called the ratihon-tsa-nenskwas, the “land crooks”. The ka’kwin [ the queen] is one of the shareholders of the ‘Crown’ which murdered all the children and stole everything. 97% of us were eliminated by physical and mental murder. We suffered irreparable harm. Not finding our murdered children is more irreparable.

Now that the Pope plead guilty on behalf of the church and the Crown, what happens to Canada? kaianerekowa rules. Its occupants cannot stay here. According to the UN Declaration on Genocide, they could each go to jail for 50 years or get executed like at the Nurenberg trials.  But these criminals cannot stay here. Each have to pay the price. Their own churches and religion tell them everything they did is right as long as they go to the confessional and cross their chest. According to the kaianerekowa that means nothing.

The Crown does not respect us. They all know this is our land as there was never any surrender or transfer, hence the Department of Indian Affairs and the reservation system is army controlled. The indigenous are still POWs watched by the army.  The land still belongs in the care of the women for the unborn children. The invaders just invaded and claimed it and imposed a paternal system over our matrilineal system to destroy our clans. 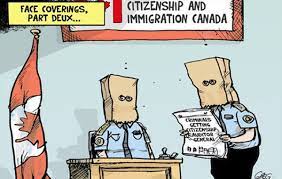 “WE ONKWEHONWEH WILL DECIDE WHO COMES TO TURTLE ISLAND”.

All of the churches of all denominations on our reservations will be immediately turned over to the indigenous people to do with as we see fit.  The christians will have to follow the clergy off the reservation or go along the white roots of peace to the tree. They want the Pope to apologize so that they can forgive him and then be healed. Any Mohawk claiming to be christian is no longer Mohawk. He is christian and has forsaken the kaianerekowa. Some onkwehonweh can’t believe how they can be so te-hon-nuts-ka-reh-tsron-teh [cakey] like the Pope.

All band councils who served the ‘canajon’ will be part of the tail of the white serpent and crawl to the hilly country to heal with the onkwehonwe when the time comes, or leave with the canajon.

We don’t wish anything bad. After all the Pope himself brought out the biggest secret about the murder of our children. They thought they could use the kaianerekowa great peace for something bad but they can’t. We use the truth, our greatest weapon, which, in its entirety is for all. They are the instructions for survival on how to live in equality, peace and true freedom forever.