MNN. Apr. 10, 2013.  Royal Proclamation of 1763 is a guideline for European settlement on Great Turtle Island. It guarantees Indigenous independent nationhood, sovereignty and ownership of Onowaregeh. We are not part of the settler colony. All lands must be ceded by treaty. So far none has been. No law of the settlers overrules it. Our rights can never be terminated. We never consented to the Indian Act and other Admiralty “law of the seas” statutes that violate our sovereignty. The British North America Act 1867 put “Indians and lands reserved for the Indians” in a subservient relationship with Britain and its colony. 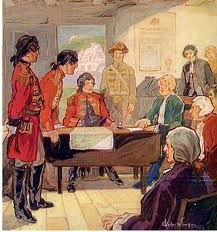 “We have to issue this proclamation or you can’t stay”.

A fiduciary responsibility and international trust were set up. Settlers could live on our land and never own it. It was rental payment. The fiduciary obligation does not conflict with Indigenous title. They co-exist together and cannot be repealed. There is no mechanism to give up our inherent rights. Only murder or assimilation of every Indigenous person would jeopardize our tie to Onowaregeh. As long as one walks across the territory, it is Indigenous land.

An independent neutral third party is required to fairly settle issues between us and Canada concerning our land, resources and ever-growing $60 trillion Indian Trust Fund. 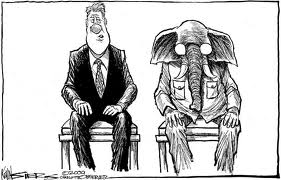 This third party adjudication procedure was established by the Mohegan in 1704 concerning a land dispute between them and the settlers in Connecticut. The Mohegan applied to the Court of Queen Anne and were granted an impartial third party adjudication. Colonial governments of British North America could not legally adjudicate this or any dispute as they are one of the parties. This follows the two row of honor, respect and non-interference.

Canada deals only with their corporate Indian band and tribal councils, not with our true sovereign governments. Indigenous people should ask about the deals being made on our behalf by these corporate Indians. They and the Assembly of First Nations AFN represent only their followers. The traditional people are independent, have our own laws and chose our own representatives.

The International Covenant on Civil and Political Rights provides that Canada has no say on how we govern ourselves: “All people have the right to self-determination. By virtue of that right they freely determine their political status and freely pursue their economic, social and cultural development”. Canada undermines our governments. We are held hostage. Canada owes us and wants to deal only with their band council nominees.

AFN pretends that we are part of the corporation of Canada. They have no jurisdiction over us and our land. AFN betrays us every day and sells out our inherent right to self-government for because they are in an advanced stage of the “owistah” disease. We Indigenous nations have a right to deal with all issues of common concern. The settlers have violated the Royal Proclamation of 1763. We are thus illegally occupied.  If they allow this theft to continue, they are complicit in the genocide.

The settlers cannot prove their right to live here as they have usurped our land and resources which we never ceded to anyone. A violation of a royal proclamation is high treason and the penalty is death by execution. The military have the responsibility of maintaining this proclamation. The settlers have a choice. They can become of one mind with us and together we can bring peace to the world.  As John Lennon sang; “all we are saying is Give peace a chance “ 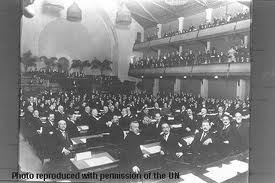