Judge Rules Mohawk Mothers can Speak for themselves according to their own culture. READ PRESS RELEASE

kanien’kehá:ka kahnistensera (Mohawk Mothers) Kahnawake ka***********@ri****.net PRESS RELEASE FOR IMMEDIATE PUBLICATION Judge Rules that Mohawk Mothers Can Represent Themselves According to their Own Culture. On September 20th, 2022 at the Superior Court in Montreal, Justice Gregory Moore ruled that the Mohawk Mothers (kanien’keha:ka kahnistensera) can represent themselves, dismissing Quebec’s motion to make them get a lawyer. His judgement acknowledged that it is contrary to Mohawk culture to be represented. The Attorney General of Quebec and the Société Québécoise des infrastructures (SQI) are leading this case to stop the Mohawk Mothers from getting an injunction to block McGill’s New Vic project. The case will be heard on October 26th . The September 20th case management hearing also addressed the intervention of the Independent Special Interlocutor on unmarked graves, Kimberly Murray, who was appointed by the Federal government last June. Murray has experience at the National Truth and Reconciliation Commission and the searches for unmarked graves at the Mohawk Institute in Brantford, Ontario. The Special Interlocutor asked the court’s permission to join the case to provide her expertise and file evidence. However, the defendants the Attorney General of Quebec and the SQI opposed her intervention for “conservatory purposes”, impeding her from filing new evidence and historical context. At stake is Quebec’s non-compliance with Federal commitments to facilitate independent investigations of the genocide of Indigenous peoples in Canada. The guilt of genocide has been acknowledged by Pope Francis last July. For procedural reasons, the defendants also want to strike most of the evidence filed by the plaintiffs. Excavation work on the New Vic project is set to start in October 2022, before the hearing on the injunction on October 26th. The Mohawk Mothers want to halt the project to investigate the unmarked graves of victims of medical experiments as alleged by survivors. The Mohawk Mothers are concerned that human remains, forensic evidence and precolonial artifacts will be destroyed. The archeological film Arkéos affirmed the likelihood of finding these on site. McGill declined the Mohawk Mothers’ invitation to have out of court negotiations, while the SQI cancelled an informal meeting between them and Arkéos. The Mohawk Mothers were planning to request that special care be taken to stop any destruction of unmarked graves, using Ground Penetrant Radar, bioarchaeologists and cadaver dogs. The Mohawk Mothers also ask that Quebec’s Cultural Heritage Act be declared unconstitutional as it ignores any consultation with Indigenous peoples. “This law only specifies that they have to sent a notice to the Band Council, who don’t inform our people and who are agents of the Federal government“, said a Mohawk Mother. “It seems that they can legally bulldoze the bodies of our children, cover it up and no questions asked”, she said. By contrast with other provinces like British Columbia where the free, prior and informed consent of Indigenous peoples is required to excavate archaeological sites, Quebec’s Cultural Heritage Act treats Indigenous heritage as a property of the province. The Mohawk Mothers insist that the Royal Victoria Hospital is a crime scene and that forensic evidence must be protected throughout the site. Medical experimentation on mind control, brainwashing and torture techniques was rampant in the 1950s and 1960s. The testimonies and 141 exhibits filed by the Mohawk Mothers on August 26th show that Indigenous children were buried there after being used as guinea pigs in psychiatric experiments. Their research team discovered archival records showing ominous connexions between the Canadian Army’s cold-war deportation of Inuit children, the treatment of Indigenous children labeled as “juvenile delinquents” in residential schools and reform schools, and the CIA’s MK-Ultra program on mind control. This program was run by Dr. Ewen Cameron at the Allan Memorial Institute, which is part of the Royal Victoria Hospital and McGill University. The families of non-Indigenous survivors of the Mk-Ultra experiments are also in a legal battle for reparations. They wrote a letter to the Mayor of Montreal Valérie Plante to ask her to halt the excavation at the Royal Victoria Hospital. For the Mohawk Mothers, however, negotiations are at a stalemate as excavation work soon approaches. The Attorney General of Quebec served intrusive cross-interrogation questions to Kahentinetha, which bore no relation to her testimony. Quebec fears the Mohawk Mothers’ demand for a permanent injunction declaring Tekanontak (Mount Royal) an unceded and inalienable traditional territory of the kanien’keha:ka people. Their demands include removing the cross from the top of Tekanontak, which is a symbol of the atrocities committed against their people. For more information or for booking interviews with the Mohawk Mothers, write to ka***********@ri****.net 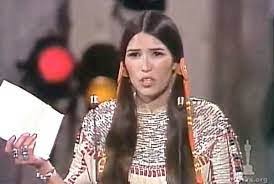