MNN. 1 MAY 2021. Canadian government spokesperson Mark Hill stated there are “competing factions” at osweken/Six Nations over the encroachment of 1492 Land Back Lane. As a band council chief he works for our enemies to carry out the genocide of those of us who are with the two row and the kaianerekowa/great peace. Our enemies, his bosses, the squatter immigrants, are trying to make a claim to turtle island, which we can never give up, sell or convey. In a power play Hill does not want to undermine Canada’s lack of influence on onkwehonweh people. Haudenosaunee Confederacy Chief’s Council has no authority over the people as they are operating according to foreign Christian ideology, the kariwiio [Handsome  Lake] which is contradictory to nature. The kaianerekowa and the two row are nature’s path. 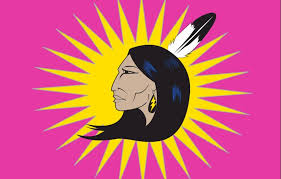 CONCENSUS BEGINS WITH THE WOMEN. THEY ARE THE PROGENITORS OF THE SOIL.

Ownership of land and property is a Christian artificial construct which does not exist in nature.

Canada’s divide and conquer tactics fail because they don’t have our minds. We  follow nature, all that is self-evident and based on facts. We the caretakers of turtle island must follow creation’s plan. To stay here the colonial settlers must pay us the full rent, follow the kaienerekowa great peace and two row or get out of turtle island. They have no authority over our land. The Supreme Court of Canada, Canada’s highest court, upholds the lie known as the “doctrine of Christian discovery” which is the genocide that does not view us as human beings. Canada never conquered us and have no lawful title to turtle island. They sued for peace with us in 1701, the Great Peace of Montreal. 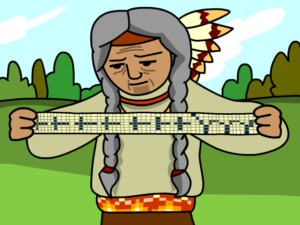 In 1837 the invaders created the Grand River Navigation Company through stealing our  Iroquois Trust Fund. They took our resources, funds and lives. The Confederacy Chiefs bought into the European fraud to finance the Grand River canal by not following kaianerekowa/great peace  protocol. These Masonic chiefs agreed to the imposition of the Indian Act before 1924. Some people wanted the band council because of how corrupt the Confederacy Chiefs had become. They became male patriarchs that did not follow the kaianerekowa and two row. They became subject to the Queen and Vatican, following christiandom ideology. Some Confederacy Chiefs attended churches and joined the Masons.

Those chiefs who violated the two row and great peace removed themselves.  They no longer had a voice and could not influence the people’s decisions.  Only the people have a voice in the ierakwa Six Nations.

The colonial settlers set up and protected their band council chiefs as “kings” in our communities. Almost all band councils are Masonic entities. They commit treason against the people and try to stop them from being the natural sovereign caretakers of the land. Those who don’t follow the kaianerekowa and two row have no voice. They hide under the illegitimate law of the corporations of the governments of Canada and United States. They commit crimes against the sovereign indigenous people with impunity. Indian Affairs is a department of the military. Mark Miller, a former military commander, now in the reserves, is the Minister of Indian Affairs.  He is in charge of the genocide. All of this is falsely made legal by a court system that has no jurisdiction over any onkwehonweh  sovereign. 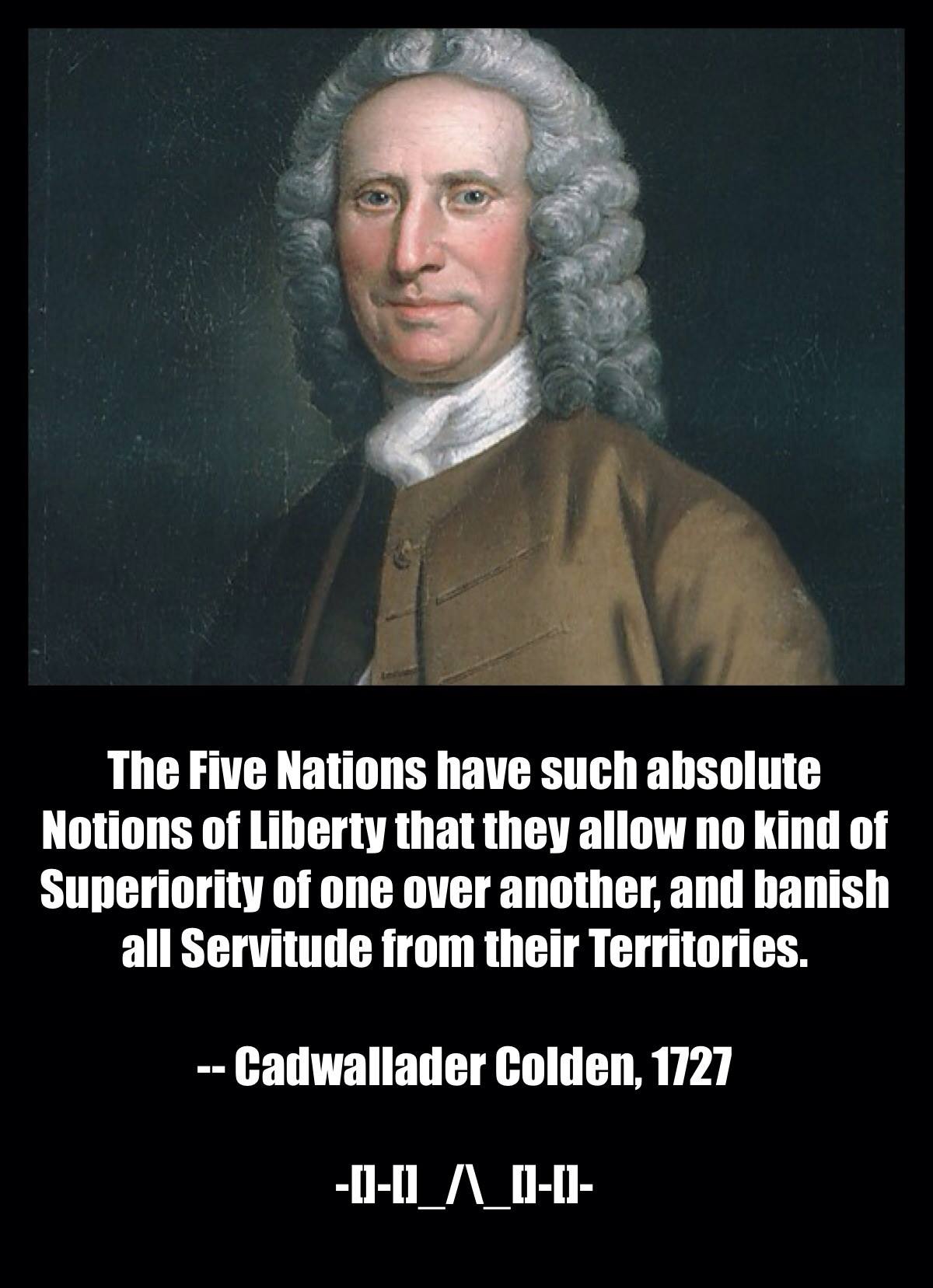 The ierakwah Iroquois Confederacy must get the full consent of each sovereign person through our kaianerekowa/great peace process.

The enemy’s goal is to steal and control everything that is on turtle island which they turn into money and power. Creation placed us here and protects us, from the beginning of time all the way to the end of time.

The invaders have no claim on anything they stole, all land, resources and funds. As sovereigns each one of us has a voice and we must be consulted. Each one of us is duty bound to speak up. Our mother earth is owned by the ratikonsotatie, the unborn faces beneath the ground. Money is not legitimate power, only the people are. The colonial invaders breed racism and white supremacy to create hatred and racism to try to destroy our system of justice and truth. We cannot negotiate with these predators. We have never been divested of our responsibility as the natural caretakers. That is our culture.

Hill does not represent our culture. The false claims of his puppeteers has no defence in any court except in their imagination. We are ready to face our enemies with the truth to dismantle their false narratives.  The heist is over.

The “war room” in the Department of Indian Affairs is now the “panic room”. We are ready to witness the grand FINALE! We know the magician’s tricks.

Nature’s design is counter clockwise. Christianity is based on domination. The oligarchs go against nature on purpose because they are separate from nature. They act unnaturally to dominate the lands. A symptom of being out of line with nature is self destruction. Nature always corrects itself. The world operating against nature becomes sick. kaianerekowa can help all life and people to realign with nature. We have that agreement with creation. That’s why our words, songs, dances and festivals went underground.

The kaianerekowa and two row system of truth and justice will always prevail over the capitalist and greedy system that creates a system of injustice, racism and hatred.

Mark Hill, stop spreading lies that we are fighting among ourselves. We are united!They trapped themselves by their own lies. Creation will never surrender, will go on because it just is. And we are. We must fight for the great peace until we win.

CONCENSUS BEGINS WITH THE WOMEN – https://fb.watch/5cptvU1Zf3/