MNN. 9 Nov. 2015. URGENT: Montreal Mayor Denis Coderre went to the UN Climate Change Conference in Paris so he wouldn’t have to smell the shit he is dumping into the river. He thinks the smell will be gone when he gets back. 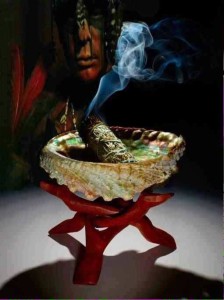 Let’s burn medicine and tell the natural world that we will never stop!

All mayors run private corporate municipalities for the bankers, who are the shareholders, including “reserves”. Obama calls it an “an ambitious framework”, which masks the UN depopulaltion agenda. Coderre starts dumping tonight.

Minister of Environment Canada, Catherine McKenna, announced from Paris that she is allowing 8 billion litres of untreated shit, medical, industrial and pharmaceutical waste to  be dumped into kaniatarowanon:onwe [St. Lawrence river] for 7 days. The public must be informed, the sewage plume monitored as they don’t know it kills everything and Kahnawake must be “consulted”. 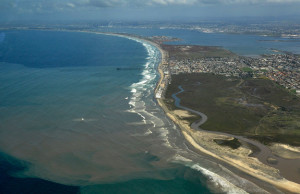 Regarding consulting Kahnawake, the band councils are instructed by Indian Affairs to ignore all municipalities’ letters regarding consultation. The municipalities then consider this consultation with their ongwe’hon:weh landowners! This violates kaia’nereh:kowa, the law of the land. This morning the kahtihon’tia:kwenio have informed the Mohawk band council of Kahnawake not to meet with Coderre and that there is to be absolutely NO DUMPING into kaniatarowanon’on:we.

The shit hasn’t hit the fan. It’s going right into the river. 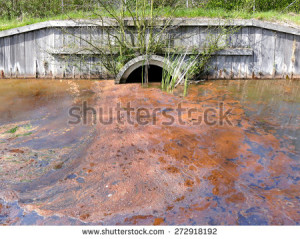 Prime Minister Trudeau, Environment Minister McKenna and the mayors, will be returning from their UN obligatory meeting to implement Agenda 30. They will face a shit tsunami. This deliberate environmental disaster is a criminal act that violates international law. If every city in the world dumped their shit into their rivers, all the oceans would be a toxic soup. This looks to be part of Agenda 30.

Those in solidarity with the river can make a fire from noon to evening tomorrow. Montrealiers light one to be seen from space. Post pictures to social and local media. 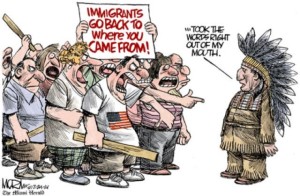 We’ve had enough of your o’tah!