MNN. Apr. 5, 2013. The US based sorcerer is suckering Canada into old style genocide. Canada is a sub-sorcerer. The sorcerer’s apprentices are the greedy “band and tribal councils”. Their only access to the colonial lifestyle is to wear the dunce hat and mop the master’s floors. Canada is copying failed US policies on the land grab.

The “privatization” of Indigenous lands is planned genocide. The US and Canada sorcerers and their apprentices suffer from the “owistah” disease of the mind. They believe that mega awards await them after completing their performance of “The Only Good Indian is a Dead Indian”. 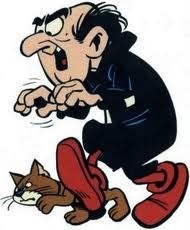 US Head Sorcerer: “Gimme that broom to whip Canada.”

The banker’s script is about starving and homeless Indigenous with no place to go. They are dying or migrating from their lands to the inner cities where they die as alcoholics and derelicts on the streets or killed in jails. The privatized prisons will become “death camps” on Great Turtle Island. 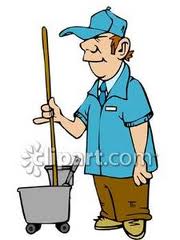 Canada: “After moppin’ the flo’, can I have some pancakes?’

In 1887 the US passed the General Allotment Act to break up Indigenous governments, abolish Indian communities and force assimilation into white society. Communally owned lands were divided into private plots to break up Indian nations and bring “whites” in to “civilize” those who did not die out.

The Indigenous weren’t asked. Remaining lands were barren. Starving Indigenous were forced to sell their lands for very little or foreclosed for not paying taxes. Only 50 million out of 140 million acres remained under Indigenous control. Underlying the plot is Indigenous title to Great Turtle Island as long as there is one Indigenous left that adheres to the traditional ways.

During the 1950’s Congress brought in “termination” to force final dissolution of our land bases, which brought us almost to the brink of collapse. We were passed over to the states for criminal and civil matters without our consent. States were the traditional enemies of the Indians, always wanted control over our lands and resources but did not want to provide services, because, “We had no agreements or treaties with them”. 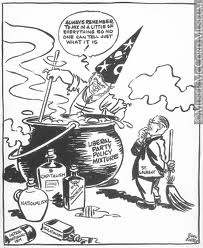 “always remember to mix in a little on everything, so they never know what’s in it”