MNN. JUNE 10, 2018. Kahnawake Survival School students and community members stopped the survey for a 47,000 square foot multi-purpose building in the old grove forest adjacent to their school. It’s on busy risky highway 138 for a reason. Once marijuana is legal in Canada, this plot of land is close to the border of the community and the main highway to New York City. A dream distribution center for drugs. The band council has probably already given out the licence. President Trump plans to block all drugs going into the US.

The students blocked the multi million dollar survey. At the same time, on June 4 Monday, kaientaa escorted off the technicians who were clearing the site. Tuesday, several dozen community members and students joined him. [Contact kaientaa, 514-608-9925, KC*****@ho*****.com].

Ironworkers going to the US will be stopped and investigated every time they cross to go to work. The kids want to survive, not be pushed into drug addiction and death. 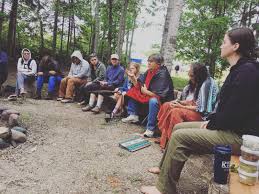 The project committee argued that this project would enhance our culture!!

“They have to get a machine as big as a tank into the forest. There’s medicines and maple trees already cut down. Animals are being chased away. Their deadline is June 8. We’re staying”.

The casinos are located almost adjacent to the Kahnawake Survival School KSS.  The students will be encouraged to use drugs and to play the slots within walking distance of the high school. The band council has already licensed Playground Poker and Poker Palace for a three year exclusive pilot project.

The Mohawk Council of Kahnawake Inc. continues its evil example for our youth bringing addictions right at our doorstep. On June 4 at a hospital fund raising 4 two older cigaret barons got into a big fracas. It seems like an internal fight over who’s going to control the drugs and the slot machines.  Attending the party were band councillors, cops and gambling millionaires. One baron walked over and tipped the other’s table dumping his meal all over him. He jumped up, and with a left hook knocked the other one out cold. A band councillor jumped in. Then another guy jumped on him. The band councillor almost threw him out through the smashed window.  The party was a ‘hit’ that set an example on how our young people should get ahead using violence! 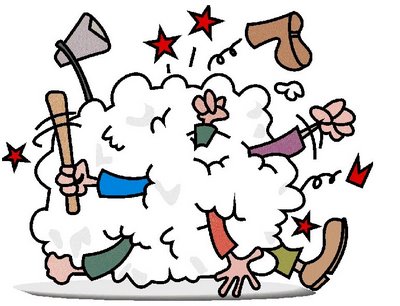 THE YOUNG KANIONKEHAKA ARE NOT CONFUSED AS TO WHAT IS RIGHT. LISTEN TO THEM: