MNN. Feb. 24, 2013. Indigenous children are being murdered. Hundreds of girls and women are disappearing. We have to guard ourselves and each other. Take cameras, cell phones, become a witness and make good notes. We need names, badge numbers, videos and photos of the abused and abusers. Then we should file complaints, take them to court and put pressure on politicians. The police and politicians work together to continue the illusion of freedom in the police state we are living in. 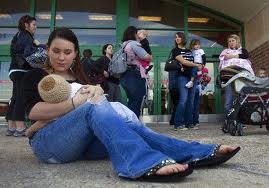 Cops are the worst abusers. In Northern British Columbia Human Rights Watch has documented that RCMP are the perpetrators of attacks and rapes on girls and women. In Thunder Bay Ontario the Mayor admits to his role in racism as if it’s normal.

Watch out for agent provocateurs. They dress like us, with backpacks and vehicles full of implements. They are really cops! Agent provacateurs at G20 Montebello They start throwing these at our kids and then disappear. Cops are attracted to violence. They don’t need peace to keep their jobs. Some try to stir things up so they can use all the expensive toys they claim to need. A despicable tactic is to target and attack young women. This provokes otherwise peaceful men to come to their aid who are then beaten and arrested. They say peace can be gained by violent means. Like George Orwell says in “1984”, “Peace is war!”. 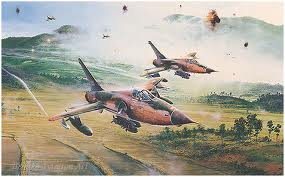 The highly trained people like doctors, miners, scientists, politicians, military and corporation heads need relative order in their communities to go about their jobs of stealing our water, energy and resources. They need the Onkwehonwe out of the way.

In guerrilla warfare our great strength is when we are on our home turf. We know it and we feel the power that comes from being truly Indigenous. Colonists come from fragmented backgrounds. Their leaders have a program of “low level” warfare by attacking, harassing, taking prisoners, surrounding us, putting out bad stories about us to scare the public. 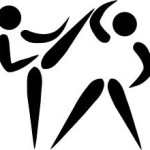 **Our persistence and perseverance comes from our ancestors. We are so well-rooted with nourishment from the land. A “transplant’s” root has to adjust for a long time to gain strength from the earth, but sometimes the roots don’t easily take. Sometimes transplants need a stick to help them stand up.

The colonists’ program is to replace the natural people. The natural world has decreed that we shall always be here doing our job, taking care of the land, plants, animals, water and air.

Okay, men, time to stand up for your women, as Leonard Cohen says in I’m your man “If you want a boxer, i”ll step in the ring for you. And if you want a doctor, I’ll examine every inch of you”.

MNN Nov. 20, 2011.  Foreign occupiers [of Great Turtle Island]!  Looking for solutions?  Everything based on a lie is a lie.  Like how foreign corporate entities called “US” and “Canada” and their subjects live on the graves of our murdered ancestors.   It was through armed robbery of our land and resources!

We always watched our visitors and looked beyond what everyone is meant to see.

The Europeans brought their tamed.  Obedience was bred into them at a young age, generation after generation, reinforced by intimidation and punishment.

They say they came here to live in paradise to have a perfect life.  They killed most of us and then destroyed it.

These 1% hierarchical controllers of Western society don’t know us.  It took them 30 years to find Geronimo.  [He wasn’t hiding.  Just got tired of seeing how incompetent his pursuers were.]

We indigenous are hunters, guerillas and observers of everything.

Controllers mercilessly frighten, horrify and instill hopelesslesss in their subjects.

The cops are the enforcers for the crime bosses, the bankers and politicians.  Repressive militarized force is under one command.

In today’s urban warfare, the cops need a crowd, then gang up on their own people.  They beat up children, women, pregnant women, disabled, elderly and middle class softies who won’t hit back. The rest knuckle under.

The revolution will be gangster style hits.  Most of their subjects turn the other cheek, or brag about being beaten for no reason!

Urban tactics include the two sides swarming each other and provocateurs pushing.  At the G20 in Toronto in 2010, in the “kettling” maneuver, the cops blocked off streets and the protesters marched in an orderly fashion.  The cops blocked them in, then beat and arrested them.  [See “Into the Fire”].

The government owns the people and the banks own their labor.

Psychotic greed to own a worker’s life productivity drives them to greater crimes.  They threaten and even murder those who refuse to live with less so they can have more.

The fascist economic system is collapsing.  Fraud and corruption are being exposed.  Fear of losing control is causing panic.  Worse is coming.

What is the underlying element?

The Vietnam protests got out of hand.  Not this time!

We Indigenous do not let ourselves get herded for the kill.

The crowd goes wild when they see blood.  They don’t want to be next.  They don’t have families or communities to run to who have any inherent obligations to them.

The people will soon be panicking for food.  The White House is the main plantation that dispenses food.   According to the Romans, whoever has the key to the grainery controls the people and the empire.

As Crazy Horse told us, “Know your enemy”.   Stay out of sight.

Our energy comes from within us, not from someone yelling at us to defend ourselves.   Only we can save ourselves.  We don’t grovel in pain to show how much they’re hurting us.

A real revolution has to expose all the truths, how the invaders murdered over a hundred million of us to have the American Dream.  Otherwise they will remain enslaved, screaming to be saved.

Colonists may return to their masters who will take them back into feudal slavery.  The path is laid out, perfect and beautiful, in soft tones.

Should we ask the foreign masters to take their people home?  They are lost souls.

Every treaty ever made with us was violated. Under international law, if a treaty between nations is broken, everything reverts back to one day before the treaty was signed.

Penn State is creating a super human killing machine. Drugs can deprive soldiers of sleep for 48 hours or more.  They will feel no scruples, no pain, no remorse.  Virtual videos show them how to kill women and children without guilt. The brain will be immersed in trans cranial magnet stimulators.   High levels of analytical thinking [intuition] will be switched off.  Field helmets will run complex battle scenarios.

These dream team serial killers may not be able to return to normal.

The military should be careful what they wish for.  Fear is necessary to protect your life.

Our visitors think chopping off the head of the serpent will free them.  Always looking for outside help!

For Indigenous our intuition will guide us to find what we need to know.

Victory comes by living the great law of peace.  When the Europeans invaded Great Turtle Island they turned their backs on it.  Big mistake!