MNN.  Jan. 2, 2013.  During the 1970s pipeline protests, the Department of Defense set up a secret “war room” on the 14th floor of Indian Affairs in Ottawa. The windows were blacked out, a large map of Canada sat on a table in the middle, with red-yellow-green flags on all our communities. Rooms with computers were at the side. 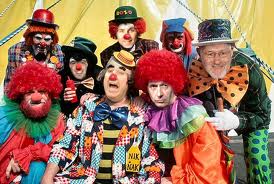 In 1990 the Quebec Police, RCMP and Canadian army invaded 3 of our communities, an act of war. Daily strategy meetings were held in the “War Room” attended by Indian Affairs, Defense, Canadian Intelligence Services, RCMP, Quebec government, Quebec Police, Ontario Government and police, New York State Police and National Guard and other Canada and US agencies, media, band/tribal councils and other sell-outs. State repression used our own people to carry out the aggression against us.

The public joined us against capitalist exploitation. They were threatened and arrested.  Politicians yelled provocative rhetoric. Right wing forces were whipped up.  Ethnic tensions were ignited.  People screamed demands to attack and bring us into line.

Surveillance was constant.  Agent provocateurs were sent in to provoke trouble so as to bring in crowd control and violence against us.  ATMs in our community shut down so no money was available. The siege lasted for 78 days.

Today Prime Minister Harper wants to bring down the “Idle No More” movement. We are demanding the immediate repeal of illegal law C-45 to steal everything from us.  Their banker bosses want this resistance under control now!  The predators need tactics to take us out.

Promises to Idle No More will be made which they don’t intend to keep; laws may be passed to ban protests; media will be flooded with anti-Indian rhetoric to minimize our support; disinformation and nasty reports published to create fear and cause divisions.

To prepare ourselves, every family should maintain our own security. Our healthy members are being listed to be rounded up when they come in for the final solution.  Newcomers should be scrutinized. 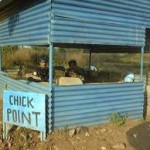 Indian agents may make us use passes to go in and out of our designated areas.  In 1990 military checkpoints were placed everywhere, even on the St. Lawrence and Ottawa Rivers. 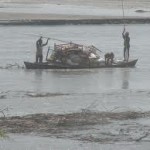 The state is asking, “What motivates those Indians.  We need to predict their moves. Do they have kids? Let’s stop the food, medical aid and other necessities of life. Do the old people need special care? What can we get away with?”

Our unpredictability is impossible for them to deal with. We use guerilla tactics.  They are bred to lie, misinform and use counter-intelligence.

They know we have total unconditional sovereignty.  Mother Earth cannot be ruled. Their war room is cranked up. They watch us with drones, agents and infiltrators. They can’t put out our fire. Our young arrows are standing up for us.  We will do anything to defend our children.  When we dance, all our ancestors and future generations join us.

As Seattle said:  “Tribe follows tribe.  Nation follows nation.  Like the waves of the sea.  It is the order of nature and regret is useless.  Your time of decay may be distant.  But it will surely come.  For even the white man cannot be exempt from the destiny.”  He too will get a dirt blanket.