MNN. 23 Mar. 2015. Any child can see the solution. Dekanawida told us the black serpent is looking for war with one country after another. We Ongwe’hon:weh watch while healing in the hilly country. News on the planned nuclear attack on Russia by the US is blacked out on mainstream media. Everyone in the world is sick of the bankers and their DC enforcement arm. When the US and his NATO allies drop the first bomb, they can expect to be obliterated in their own homeland. Europeans are acquiescing again allowing this to occur on their land. They are obeying their Rothschilds rulers in the City of London. 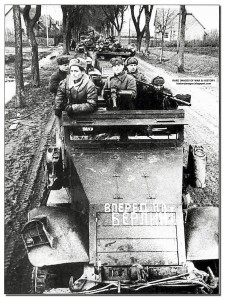 Bank of Canada lost its case for conspiring with IMF, FSB and BIS to steal Canada’s finance and monetary sovereignty. March 26th 2015 is their last chance to appeal. 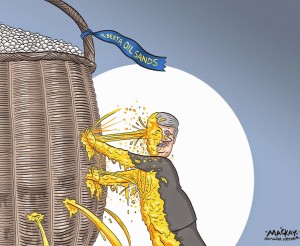 Harper: “Fuck! I should never have put all the eggs in one basket!”

Prime Minister Harper is counting on moving crude oil from the West in pipelines, rails and ships. The refineries could easily be built where the oil comes out of the ground and made into gas. Preferably they should leave the oil in the ground and look for alternative energy. Who is really behind the theft of Lubicon Cree property?

Irvine’s cross-Canada pipeline will not come through Kahnawake or any Kanion’ke:haka territory. They will not take filthy bitumen out of the ground, ship to to refineries thousands of miles away, destroy Ono’ware:geh/Great Turtle Island. This resource belongs to our people who take care of it for our future children. Norwegian people are following the Great Peace. Their oil belongs to their future children not yet born. Norway oil fund.

No politicians have ever mentioned why the oil is not kept at the site and value added there. Instead the big energy companies want the crude transported to them, turned into gas in their refineries and then sent back to us for exorbitant prices. Refineries can be built with Bank of Canada no-interest loans. No oil or gas needs to be imported into Canada ever again.

Dekanawida said there shall be common access to raw material for our people. “We shall have one dish in which shall be placed one beaver’s tail. We shall have a co-equal right to it. There shall be no knife in it as it might cut someone and blood would be shed.”

Tennessee Ernie Ford points out when he is sick of owing his soul to the company store: “If you see me coming, better step aside. A lot of men didn’t, a lot of men died. One fist of iron, the other of steel. If the right one don’t get you, the left one will”! [16 Tons].

War: US to attack Russia.

10 steps to Fascism in Canada. 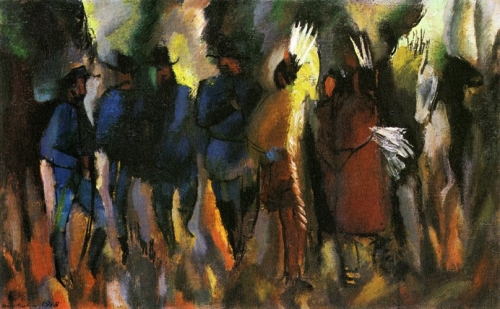 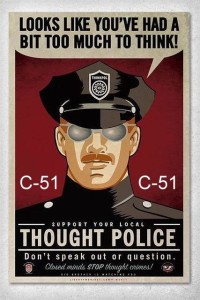