Haunted House of Parliament logo, the corporate arena of the fight to the death over stealing Indigenous funds and possessions.

We wish the Corporation of Canada players a revealing halloween. 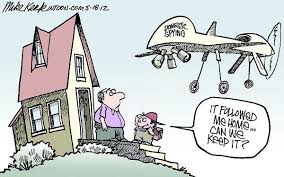 Indians dressed as a drone to keep an eye on the creepy ‘invaders’! 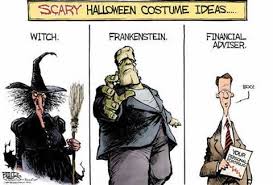 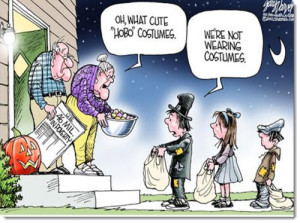 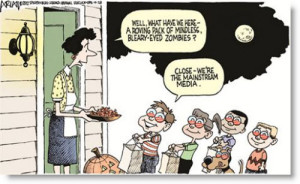 Not far behind are the ‘yellow’ journalists.

We, the true natural people of Onowaregeh/Great Turtle Island, are not being fooled. We are watching and understand what these greedy bitchy fools on the hill are doing:  Paul McCartney “Fool on the Hill”. MNN Mohawk Nation News kahentinetha2@yahoo.com  For more news, books, workshops, to donate and sign up for MNN newsletters, go to www.mohawknationnews.com  More stories at MNN Archives.  Address:  Box 991, Kahnawake [Quebec, Canada] J0L

MNN. Oct. 29, 2013. A brawl is a fight which turns into a brawl, as more and more people join in and fall by the wayside. It’s like the sinking wooden ship when all the rats scramble to the highest point. 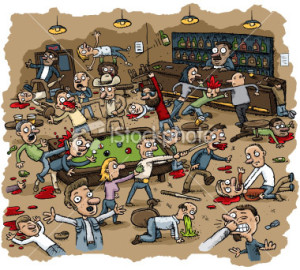 Senate fights: “Quick. Somebody. Call 911! Back room dealers are getting bashed for not offering enough! “

It’s an old story. The senators conspired to kill Julius Caesar during a Senate meeting. They drafted a fake petition demanding he hand all power over to them. Caesar met with them. They stabbed him with daggers hidden in their togas. There was a civil war. Then a fascist state was set up. 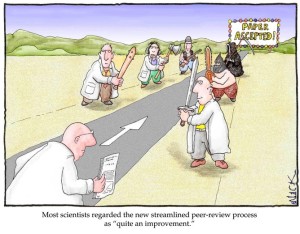 The artificial Corporation of Canada is one of the world’s most corrupt colonial institutions. The Senate keeps an eye on Parliament and reports to the shareholders of the corporation, the bankers.

This current human cockfight is over distribution of our ever-growing $500 trillion Indian Trust Fund and resources of Onowaregeh/Great Turtle Island among themselves. A public beating of three senators is good entertainment. They’re showing the masses that being deprived of a job and paycheck could happen to anyone. The senators being lynched don’t want to live in third world conditions like the Indians! 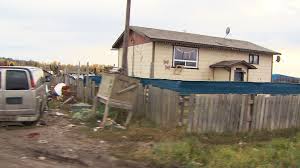 Indigenous Senator Patrick Brazeau’s attacks on Indigenous people were based on “talking points” drafted by Prime Minister Harper. Brazeau fired back at Senator LeBreton, who called him “a failed experiment!” These Nazis murdered over 100 million of us and have been conducting eugenic experiments on us ever since. They and their artificial government are failed experiment!

Due to our resistance the rulers will have to declare bankruptcy and dissolve their scam. According to international law, nothing can be taken or sold by this foreign corporation without our fully informed consent. 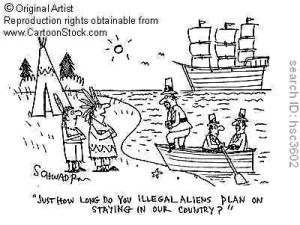 These culprits will try to plunder whatever they can for pennies on the dollar. Our land will be left to decay and debt. The bankers fear their initiates who carry out their dirty work. All these criminals will be washed away together to return to the “Fatherland” from whence they came. There they will rot in their prisons. Then we the natural landowners will descend on our ‘hill’ where these crooks elevate themselves above their slaves.