TO LISTEN TO MOTION ON JAN. 14, 2022 AT 1.30 Go down list to Montreal, click on green icon pencil and hearing registration form pops up to register. https://www.fct-cf.gc.ca/en/court-files-and-decisions/hearing-lists

The teiohateh two row is the relationship between us and the colonists, the canoe and the ship. The peace, friendship and respect was to keep us side by side on our land and water. The ship is temporarily tied to our land with the silver covenant chain. We are now asking those on the ship to respond.

MNN. Jan. 10, 2022. Section 35 [1] of the Constitution Act of Canada, 1982, provides “the existing precolonial aboriginal and treaty rights of the aboriginal people [of turtle island] ARE HEREBY RECOGNIZED AND AFFIRMED”. Section 52 [1] affirms that “‘any law that is inconsistent with the provisions of the constitution is, to the extent of the inconsistency, OF NO FORCE OR EFFECT.

Therefore, the kaianerekowa, which is the existing aboriginal legal system which we have inherited from precolonial times which was never revoked or conceded, is the supreme law of “Canada”. All laws not recognized by kaianerekowa are of no force or effect on any of our land. 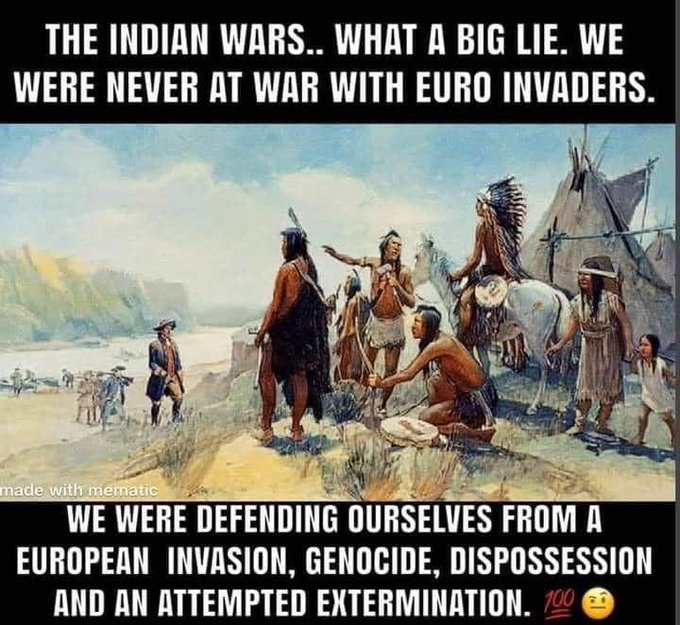 CITY OF MONTRÉAL; and STANTEC CONSTRUCTION:

APPLICANTS’ RESPONSE TO THE RESPONDENTS’ REQUEST

TO STRIKE OUT THE APPLICANTS’ PLEADING

CONSIDERING THAT the SQI Société québécoises des infrastructures (« SQI ») will present a request to strike out the Applicants’ motion to the Court on January 14, 2022, at 1:30 PM-EST.

THE MOTION SEEKS to (1) confirm that the Federal Court is the competent court to judge the present case. 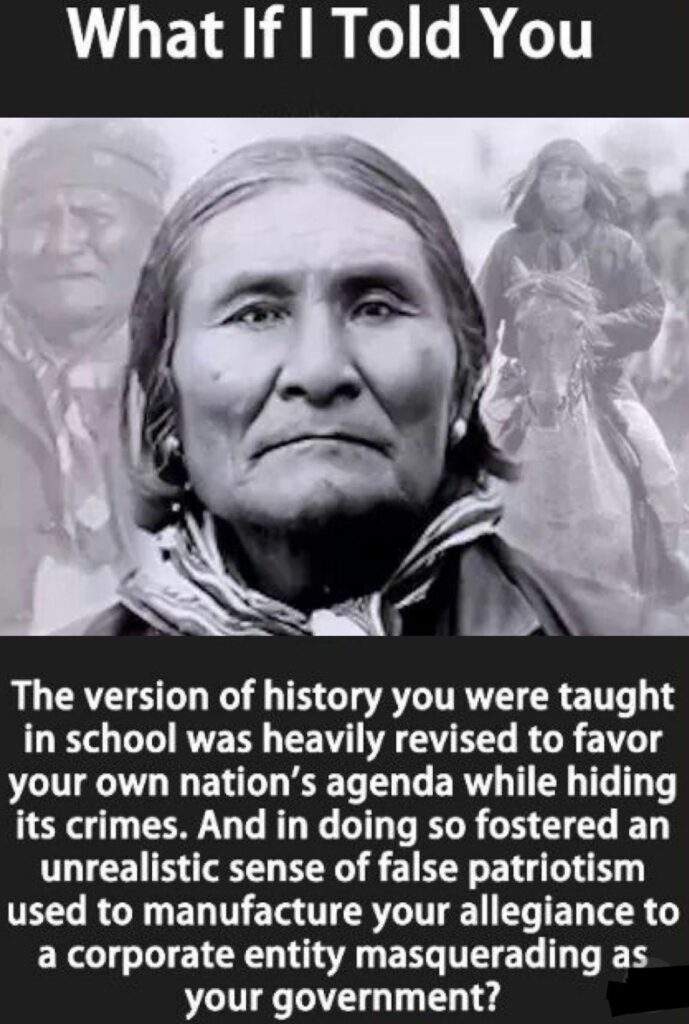 WRITTEN SUBMISSIONS OF THE APPLICANTS

(Art. 1) Indigenous peoples have the right to the full enjoyment, as a collective or as individuals, of all human rights and fundamental freedoms as recognized in the Charter of the United Nations, the Universal Declaration of Human Rights4 and international human rights law.

(Art. 7) 1. Indigenous individuals have the rights to life, physical and mental integrity, liberty and security of person. 2. Indigenous peoples have the collective right to live in freedom, peace and security as distinct peoples and shall not be subjected to any act of genocide or any other act of violence, including forcibly removing children of the group to another group.

(Art. 12) 1. Indigenous peoples have the right to manifest, practice, develop and teach their spiritual and religious traditions, customs and ceremonies; the right to maintain, protect, and have access in privacy to their religious and cultural sites; the right to the use and control of their ceremonial objects; and the right to the repatriation of their human remains. 2. States shall seek to enable the access and/or repatriation of ceremonial objects and human remains in their possession through fair, transparent and effective mechanisms developed in conjunction with indigenous peoples concerned.

(Art. 19) States shall consult and cooperate in good faith with the indigenous peoples concerned through their own representative institutions in order to obtain their free, prior and informed consent before adopting and implementing legislative or administrative measures that may affect them.

(Art. 25) Indigenous peoples have the right to maintain and strengthen their distinctive spiritual relationship with their traditionally owned or otherwise occupied and used lands, territories, waters and coastal seas and other resources and to uphold their responsibilities to future generations in this regard.

(Art. 27) States shall establish and implement, in conjunction with indigenous peoples concerned, a fair, independent, impartial, open and transparent process, giving due recognition to indigenous peoples’ laws, traditions, customs and land tenure systems, to recognize and adjudicate the rights of indigenous peoples pertaining to their lands, territories and resources, including those which were traditionally owned or otherwise occupied or used. Indigenous peoples shall have the right to participate in this process.

CONSIDERING the Notice of Motion filed in the Federal Court of Canada by the Applicants on November 9, 2021;

CONSIDERING THAT the Respondent’s request to strike out the Applicants’ pleading is not legally justified;

FOR THESE REASONS, THE TRIBUNAL:

THE WHOLE with costs.

The Beatles knew when it was over.: “I read the news today, oh boy, About a lucky man who made the grade. And though the news was rather sad, Well, I just had to laugh”

REMEMBER WHEN WE VISITED THE MOHAWKS AND THEY TREATED US SO GOOD.

“Land claims” is an English term invented by Britain, US and Canada to make land theft seem valid. This mind game does not put them in the drivers seat. It’s our land. The only way to give up land is to take money, to sell it, flip the title constantly, but the underlying ownership always remains with the original natives. The current ‘land claims’ system is meant to force us to submit land claims on lands we naturally own. No one can ever prove that we sold any of our land to anyone legally. We are each sovereign and as caretakers we can never convey, transfer or sell any of turtle island, as the titleholders are our unborn children. Our duty is to maintain this land for them.

We are the caretakers of tianni tiotiaken, known as ‘Montreal’. kaianerekowa, the great peace, and all aboriginal law is based on the natural world. Corporate contracts and treaties for land transferred between foreigners and the original people are illegitimate. No one nation has the authority to deal with a land issue on their own. It has to go through the Iroquois Confederacy Grand Council. All nations have to agree, skanikonras. In the case of Crees and Mohawks, this has not happened.

Montreal is selling stolen Mohawk land to the Crees. The Crees are buying stolen property. The Crees should approach their relatives, the kanienhaka Mohawks, to legalize their activities on our land. This is a national issue that bypasses all imposed foreign authorities on turtle island.

The kanistensera, Mohawk mothers, are the progenitors of the soil of our people and caretakers of the land, water and air since time immemorial. We are to survive and coexist as siblings with nature on our mother earth. kaianerekowa is the will of the people according to the natural world, which is embodied in the original 49 families of the tekentiakwenhoxta. The Crees have made contracts with foreigners for our land, which is another form of theft, genocide and assimilation. The Cree think they have to go through the white illegal authorities to use and annex Mohawk land. 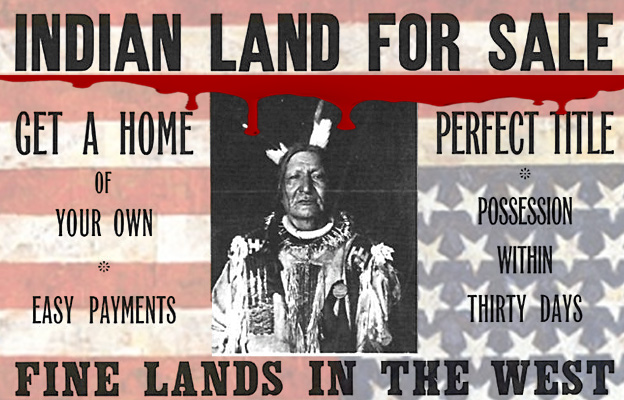 CANADA STEALS OUR LAND & MONEY, THEN SELLS US OUR OWN LAND & WE PAY FOR IT FROM OUR STOLEN INDIAN TRUST FUNDS!!! THEN THE BUSINESS GOES BUT AND WE LOSE EVERYTHING.

The kanistensera object to the Cree corporation building infrastructures on our land without our permission. Historically we permitted the refugees the depth of a plow only to support their families. The Grand Council of the Crees and Cree Nation Government are privately owned corporations like the Hudson’s Bay Company who killed the animals and made our life difficult. Today corporations are filthy rich while our people are living on the streets of the cities. In the past everybody had food and shelter. Corporations are only concerned about money and the power it brings them. The kaianerekowa does not allow anyone to continue this carnage to all life on onowarekeh.

Proper protocol was not followed as the Crees used an assimilated mind. The proposed tower is being put in the middle of tiani tiotiakon [Montreal]. The land belongs to us kanienkehaka Mohawk, not Montreal, Quebec or Canada. You failed to come to your own people to make an agreement with us on your illegal project. kariwakwenionston. Respect.

Corporate Crees are the illegal band councils established by the corporation of Canada in 1924 and thus are not indigenous. They gave up their political standing to become canadiens [squatters] therefore leaving behind their indigenous political liberties. We are the keepers of this portion of turtle island for the coming generations. All land on geniengeh is the responsibility of the kanienhaka of the iroquois Confederacy. Whenever we hear of an encroaching danger, we are to bring it to our family, then to our clan which will bring it up to the councils, which will come to one mind. Their decision is taken to the Grand Council, katiohonwanenkeh, the big fire. One individual spark is added to the clan spark, then to the nation spark and then to the big fire. At every level that spark turns into a fire. Rotistenhaien. Iera’kwa [Iroquois] is when we put the issue on the floor of the Iroquois Confederacy council that is in session. 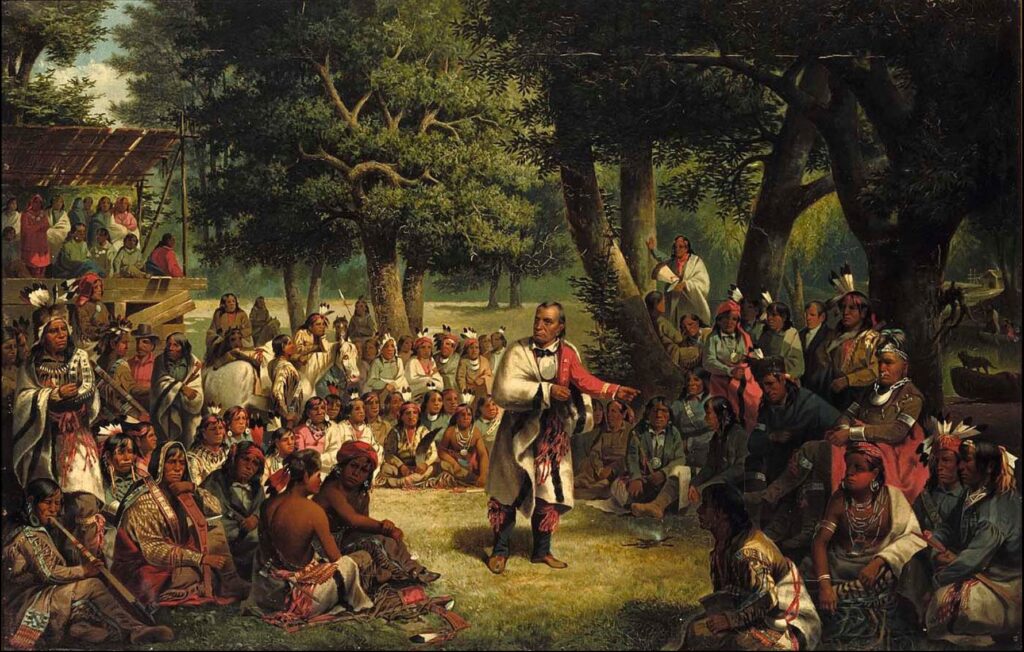 KAIANEREKOWA THE GREAT PEACE IS THE SOLUTION.

WE SUGGEST TO OUR RELATIVES, THE CREE, TO FOLLOW DUE PROTOCOL IN OUR HOMELAND WITH OUR PEOPLE, TO COME TO THOSE WHO HAVE AUTHORITY OVER THE SAID LAND ACCORDING TO OUR TRUE RELATIONSHIP:

1.The Grand Council of the Crees, Cree Nation Government and all their corporate subsidiaries involved in this illegal project should meet with our people so that we can remind them and resolve this matter in tewatatekeh, to council properly as relatives. All agreements are based on the kaianerekowa, the nice path that has been laid out for us all. tewaianosere.

2.Our ancestors made a protocol on how we will co-exist on turtle island which we all agreed to respect, called the kaianerekowa.

3.The teiohateh, two row, is the basis of our relationship to the earth and with each other which is based on the natural world.

4.Under sections 35 and 52 of the Constitution Act of Canada, 1982, the natural laws of the original peoples are recognized as the only laws of turtle island. The Crees are following the foreign contract law of Canada which have no force or effect. They have no land rights on Mohawk land.

According to the original instructions between us and nature, kanistensera speak for the soil and all life. Our message is to remind you that the protocols of our ancestors are more important than the strength of the white man’s crown law.

No sovereign onkwehonwe sanctioned your actions. We were never notified of your plans on tioni tiotiakon with the city of Montreal government which has no authority on land issues.

Hank Williams sang about sadness when all is gone: “I’m gonna find me a river, one that’s cold as ice. And when I find me that river, Lord I’m gonna pay the price, Oh Lord! I’m goin’ down in it three times, but Lord I’m only comin up twice. She’s long gone, and now I’m lonesome blue”.

On behalf of the past, present and future ancestors and descendants of the kanienkehaka, the great peace and two row will prevail.

Canada has no property rights: https://www.cbc.ca/radio/docproject/did-i-buy-a-condo-on-stolen-land-how-purchasing-my-first-home-made-me-question-property-rights-1.6007196