MNN. June 27, 2021. Every child is an amber alert when they go missing! Nothing was done to find the millions of missing indigenous children, men and women. To steal turtle island the invaders built schools/death camps to eliminate us and our culture and to steal our natural resources. We cannot give turtle island to the Crown or anybody. It belongs to our unborn babies. We are each sovereign, not part of the Crown. We are not their subjects. [Canada Indigenous Population https://www.rcaanc-cirnac.gc.ca/eng/1100100013785/1529102490303 erroneous statistics] 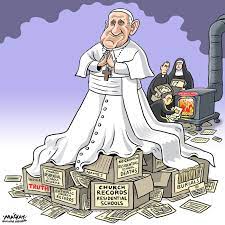 The reason for the elimination of the indigenous people of turtle island is to have no debt to the owners of the land through total annihilation. That means murder of the children, sterilization of the women and missing and murdered women and girls who have the babies.

Mr. Trudeau, you stand in the shoes of all former Prime Ministers who all agreed to the genocide and murder. We want to hear your own words for why we were genocided. Hitler was a German who took out Germans. You foreigners come here and murder us whose homeland has been turtle island since the beginning of time, posing as human rights advocates and freedom lovers. Being ‘canadien’ is more evil than being a ‘Nazi’.

Each unmarked grave is a separate crime scene and criminal investigation. We know who did the crime. We want to know the specifics of the individuals involved, just like the Nuremburg trials.

A real criminal investigation of each death is necessary. One grave can unravel a lot of mysteries. How were our children kidnapped? The government illegally made us all their ‘wards’ and took trusteeship of our possessions and funds without our consent. The RCMP as the Gestapo showed up at our homes with a court paper to take our children. Kidnapping is a crime anywhere in the world except Canada when it has to do with natives. The parents had to give their child or children to the arresting officer or they would be jailed and ultimately murdered. The RCMP placed the children in their precincts to change their identity for delivery to the school death camps or for human trafficking. They turned them over to the church and the government paid for their human extinction services!

When a body is found in an unmarked grave, the police are immediately called. A crime scene is created. The homicide squad must conduct a thorough investigation supervised by the indigenous people. DNA samples are gathered to match it with a family. Our children were taken to the farthest schools, given English names, numbered and their culture taken from them. The murderers cannot investigate their own crimes of kidnapping, human trafficking, child abuse, rape, torture and murder.

Another reason to eliminate our people is so they can steal 100% of our Indian Trust Funds which is now over $900 trillion. They are trying to eliminate witnesses  to the theft.

Directions came from the government ‘god father’, which directed the churches to implement the genocide. There’s the actual kidnapping, the cover up, terror, taking away the language and culture and enforcing Christianity, all in the name of god. We were to become “human” the English way. The number of children taken is at least 3,950,000 to the residential death camps, never to be returned home. 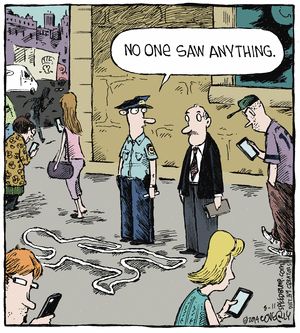 The truth will make the people of the world want Canada to disappear and to respect the true jurisdiction of the aboriginal people to all turtle island.

We do not reconcile or negotiate with brutal terrorists who have invaded our land and terrorize us, murder our children and steal everything they can. You said it is up to the communities to decide, not Canada. That means all us sovereign people will supervise every aspect of the investigation. Importantly the Prime Minister plead guilty to these crimes on behalf of the corporation of Canada. Under kaianerekowa there is an automatic sentence of dissolution of the guilty company, which means they no longer exist. The actual perpetrators will be hunted down like the Nazis in the Nuremburg trials.

Each unmarked grave is a separate criminal investigation. All parts of Canada are automatically dissolved which includes the band councils, Canadian criminal justice system, the legislature, the executive and the judiciary.  The Prime Minister has conceded guilt by noting that indigenous communities and sovereigns will control the criminal investigation. [at minute 27.42 https://www.youtube.com/watch?v=QWTaKu4b9iQ]. As Canada no longer exists you have no power to order anything. You are  now a witness and possible suspect. These criminal investigations, especially the coverup of the crime, are also directed to the United States, the Crown, the Pope and the christian churches. We ask that you use our protocol in communicating with anybody about this case. You are all under criminal investigation. You are subject only to us and to provide answers to us pursuant to our sovereignty, the great peace and two row. You said that Canada will do whatever the community wants and provide the answers we need.]

You have no right to send your agents to make statements and on missions to suspects of murder to beg for and accept apologies on our behalf as you are all complicit in the cover up of genocide [#4 on the Genocide Act]. The band councils are siding with you, the terrorists, which makes them our enemy. They don’t speak for us.

The investigation of each death under our direction is to find accountability. The murderers cannot investigate the murders.

The first to be interviewed must be the Prime Minister, the President of the corporation of Canada, who has access to all the relevant reports and agreements, such as the pdf file of all 158 schools provided below.

The coverup of coverups. The church must be investigated. What did the children die of? Natural causes? Starvation? Murder? Beatings? Why was the family not notified? Why was all identification removed?

What were the proceeds from the crimes. Everything Canadians have, the land, resources, infrastructures, water, air, everything below, on and above the earth.

DNA experts and demographers we trust are needed. We want our Indian Trust Funds to cover the cost of this thorough investigation.

Many of these children will never be found. They are in unmarked graves. Some were thrown into furnaces. Some were mixed into the concrete and poured into the walls of the school . . . .

Canada will be exposed as being worse than the Nazis, knowing everything, including you. Your responsibility is to spill the beans on why the genocide happened and why it continues. The perpetrators want to destroy evidence to avoid responsibilities for the crimes. The” community” is us, not your agents. You have to follow our direction. You should have immediately called for a criminal investigation. 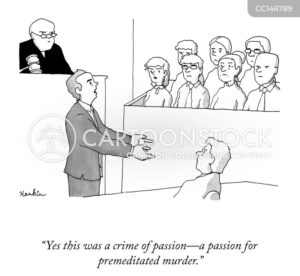 We know there is a paper trail. Show us. Psychopaths like what they do and write it down to play it over again in their minds. Had we been almost wiped out, no one would have found these graves. It would have been the perfect crime. kaianerekowa and teiohateh cannot be genocided.

You conceded the ultimate plan to murder us, that the children were taken from the arms of their parents. Canada is a criminal state that covers up their crimes with the Criminal Code of Canada, as all criminals do. They should all be arrested and prosecuted.

This is first degree murder which should be the dissolution of the corporation that put that child in an unmarked grave. 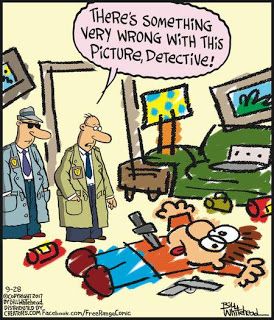 On August 1701 the British set foot in Canada through the teiohateh two row. They agreed to live with us and all of nature as children of mother earth. To try to steal turtle island they committed three major genocide crimes, theft of the land, elimination of the culture and killing us. So you have no right to be here.

Your government recognizes only the corporate Metis, First Nations and Inuit as the only legitimate ‘Indians’.  We the true sovereigns are entitled to nothing, given no respect as the caretakers of turtle island. We’ll see about that.

THIS IS THE BEGINNING OF THE CRIMINAL INVESTIGATION – ARCHIVES – SCHOOL FILES 1944. AVAILABLE 1879 ONWARD WITH NAMES & REPORTS. https://www.bac-lac.gc.ca/eng/discover/mass-digitized-archives/school-files-1879-1953/Pages/item.aspx?PageID=1941763&fbclid=IwAR0iXOBE9PGgkBUDzntNJA3T0l1GM1551S1SJFg-bO9vbiNRZNYyXJ1yuC0

TRUDEAU’S LATEST UPDATE  https://www.youtube.com/watch?v=QWTaKu4b9iQ  See minute 27.40 for turning the investigation over to the communities . . .