MNN. Aug. 29, 2013. Prime Minister Harper ended a session of Parliament. Proroguing is a fundamental abuse of power. “When danger reared its ugly head, he bravely turned his tail and fled”. [Monty Python]. We Indigenous have always been in the way. Hence the holocaust of 150 million of us with bullets and disease! 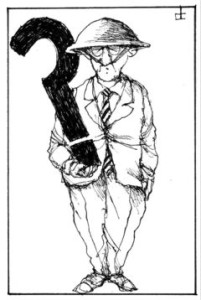 PM Harper: “Gotta get an emergency going to grab Indigenous resources to make guns for war!”

Harper feared a non-confidence motion which would have forced an election. He would have lost. All political parties and the Senate are muffled.

The bankers are dissolveing their corporations [cities, towns, companies, counties, etc.]. Every corporation is owned by the bankers, set up for profit of the shareholders. Band/tribal councils and all native organizations are corporations and a vital part of the genocide grid. Detroit and other cities are bankrupt. Profits are being distributed among the shareholders.

Prime Minister Stephen Harper needs to overcome Indigenous opposition. During the suspension of Parliament he can declare an “emergency”, like making weapons for war with Syria! He needs to turn all Indigenous territory [Canada] into fee simple land to allow the banks to own everything. Then they can take all the resources they want. The people are silent. 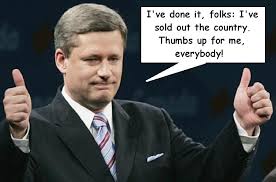 They fear the coming financial cataclysm and are covertly supporting their beast.

Financial sectors ignore public sectors, except to collect taxes from them. The banks are picking over the bones of the collapsed economy for pennies on the dollar. They are privatizing vital services such as infrastructure, health, social and educational programs, policing and fire fighting services, roads, schools, water systems, sewage plants and airports. Public services will become even more costly. Only financial institutions will be left standing and in charge. 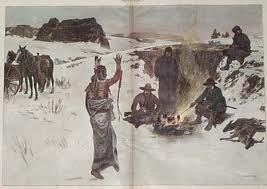 “Didn’t Harper tell you we’re still here. You have to deal with us. We represent our Mother Earth!”

Indigenous as the natural people of the land are not investors in the demonic world economy. It all belongs to us and always has. Those at the top of the artificially created theft and control hierarchy will continue the genocide until we shut up about the desecration of the environment, our land and theft of our resources for the war.

Remember, it’s all an illusion. Only we and our Mother Earth are for real! Mass murder will stop. Supporters with good minds can trace the roots of the tree of peace to its source and sit under its shade for protection.

“Self Imprisoned Brainwashed Fools. The bank’s specialty is loan and enslavement through debt. From credit cards to the IMF loans to third world countries. More is loaned thank can be paid. Then the banks own you. Everyone toils to pay them. All the while we are made to think we are free people. We live in mortgaged cells called Home Ownership. We can’t stray far from our cell or our prison job.” [W. Russell]. As the 1491s comedians tell us, the way things are going, we might soon be going back to our own “doctors”…1491s “Slapping Medicine Man”.