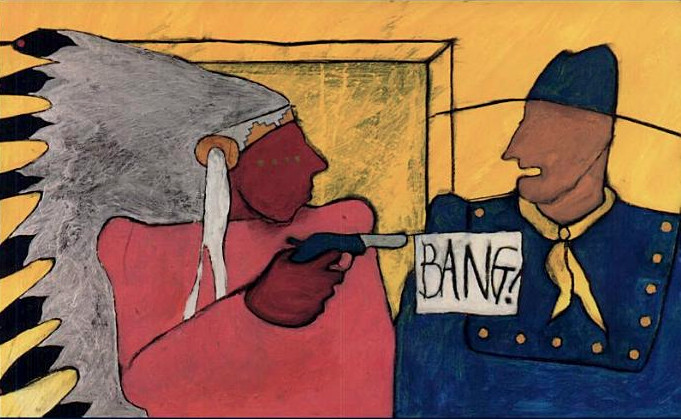 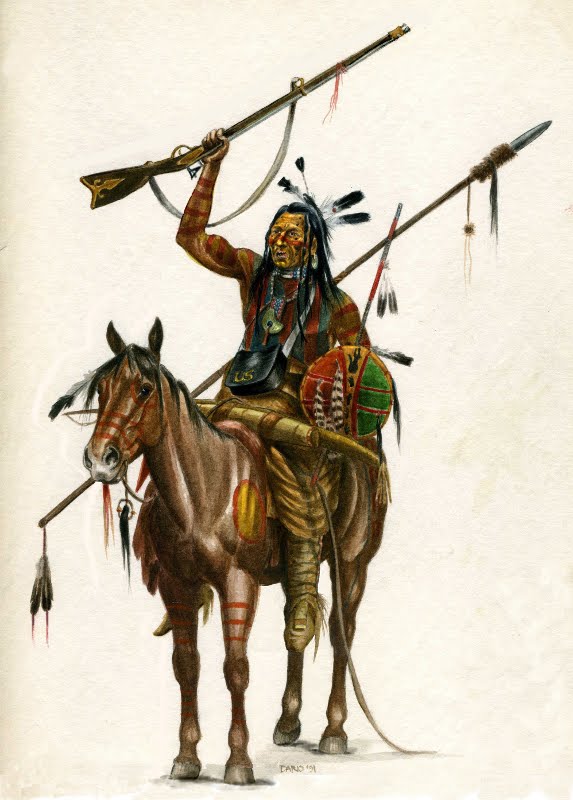 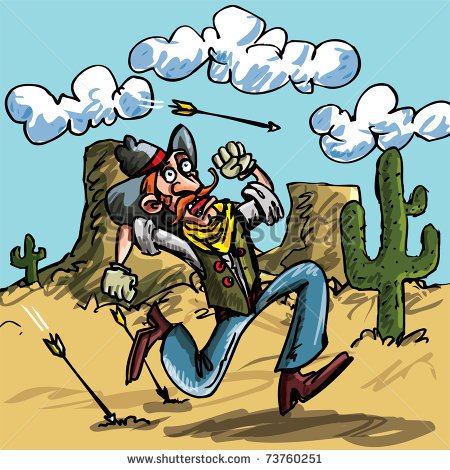 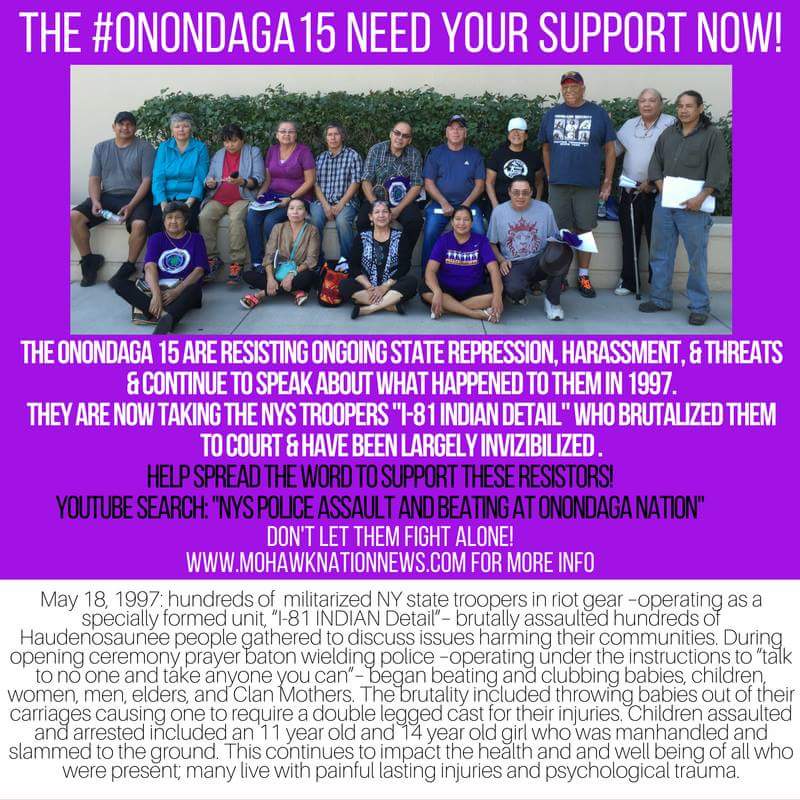 MNN. 28 Nov. 2015. Indian Law Resource Center ILRC of Washington DC and Montana was involved since 1988 in the conflict between New York State and the rotino’shonni/Iroquois confederacy. They were to dismantle the true rotino’shonni and create a corporate Confederacy. They promoted federally recognized longhouses in almost every Iroquois territory. ILRC is funded by the Rockfeller Foundation, Ford Foundation and Oren Lyon’s Fund of the Four Directions. Genocide, corporate councils, false flags, fake land claims and unlawful taxation are some of the strategies used to dispossess the onkwe’hon:weh landowners of New York State. The bankers and their governments established federally incorporated INDIAN tribal/band councils to divide and conquer us.

Tonawanda, Tuscarora and Onondaga councils applied to comply with US laws and signed the taxing agreement with New York State, to be applied to all or communities. This was an attempt to destroy the economy of our nations. On May 14, 1997, Judge Hon. Rose H. Sconiers ruled the Onondaga Council of Chiefs cannot make deals with New York State. It is “beyond its delegated authority, ultra vires and unlawful”. This is economic coercion, by permitting tax free status to only certain designated Tribal members. 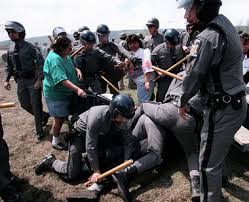 This victory in the courts lead to the rotino’shonni people’s celebration at Onondaga on May 18, 1997 and the subsequent attack by US government. The trial of NYS Troopers begins in January 2016. Onondaga Rally.

1990 ILRC Annual Report: the federally recognized Chiefs’ Council viewed the Mohawks as racketeers, lawless and violent, related to gambling enterprises which threaten to overwhelm some federally created Indian governments (p.10). Smokeshops and businesses in other communities were challenging the councils that remit taxes to NYS. ILRC urged the Governor to promptly provide basic law enforcement. “After the shooting deaths of two Mohawks, NYS Police moved in to Akwesasne, closed the casinos and established order”.

Doug George, editor of Akwesasne Notes, and leading opponent of gambling, was charged in Canada with the death of one Mohawk. ILRC called him a “crusading journalist imprisoned on trumped up charges”. ILRC and the Canadian government defended Doug, whose charges were stayed. Doug was sited as a NYS informant according to court disclosures for the May 17, 1997, attack at Onondaga.

ILRC also “advised the federally recognized council and [pretend] Six Nations Confederacy leaders about a peaceful resolution of the Oka crisis in Quebec in July 1990. ILRC said, “the same “warriors” at Akwesasne were involved in the resistance there”. ILRC met personally with NYS Govenor Cuomo to resolve the law enforcement and gambling issues”. ILRC asked the federal government to stop the Tuscarora Nation from operating businesses without the license and approval required by federal Indian law and the federal Indian trader statutes.

ILRC helped the federally sanctioned Onondaga set up controls of non-compliant businesses. On May 14, 1997, the New York State Supreme Court found that the NYS actions in forcing Indians to pay sales taxes on fuel and cigarettes was illegal. 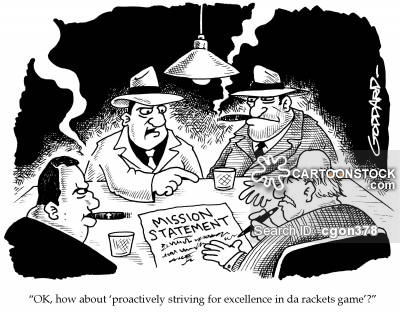 kaianereh:kowa, the Constitution of the Iroquois Confederacy, sets out the teio’hateh nation-to-nation relationship between the Iroquois and the newcomers. The NYS Court is part of the NYS judicial system, and the issue was between NYS and the Seneca Nation. NYS, as one of the parties and cannot sit in judgment. This violates the universal right to a hearing before an impartial third party.

1992 Annual Report: ILRC assisted the federally recognized Mohawk Nation Council of Chiefs, to control gambling and cigarette smuggling in Akwesasne on the New York-Canada border. ILRC drafted the lawsuit under the Racketeer Influenced and Corrupt Organizations Act asking NYS to protect the federally supported anti-gambling Mohawks. ILRC helped the county sheriff enter the territory and arrest persons for violating NYS law. ILRC warned them of the legal dangers of not complying with state tax laws and federal excise and income tax laws”. (p. 13). “The Six Nations chiefs asked for an analysis of New York’s statutes and regulations on taxing sales on Indian reservations”. (p. 14). 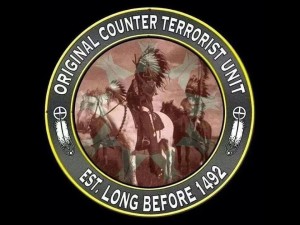 1993 Annual Report: “One of the most pressing concerns of the Six Nations Confederacy was unlawful and unregulated businesses on the reservations”. State criminal prosecutions, lack of resources and uncooperative state and federal authorities interfered. [Legitimate] businesses openly defied federal Indian law. ILRC enlisted the Bureau of Indian Affairs, the U.S. Attorney general, and the Justice Department to revoke federal traders licenses, to prosecute criminals [!], to make agreements with local law enforcement authorities, and enforce civil suits to close down the businesses. This was one of the causes of the Oka Crisis in Canada in 1990.

1994 Annual Report: They worked with the corporate tribal chiefs to strengthen federal law, control economic activities and enforce new federal regulations to give them more power to control businesses. [P. 12). ILRC Executive Director Tim Coulter attended the Summit of the Americas in December 1994, in Miami, as a guest of the White House. (p. 13). 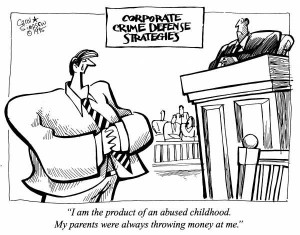 1995 Annual Report: ILRC launched a lawsuit to recover thousands of acres of reservation land that was illegally taken from the Mohawks by New York State. New York demanded taxes from Mohawk businesses before they would settle. (p. 4). ILRC stated that “Racketeer businessmen have tried to overthrow the sovereign Indian governments by refusing to submit to legal controls and taxation by the federally incorporated Indian councils”. (p. 8).

New York is America’s number one problem child. As Bon Scott sings: “I’m hot and when I’m not, I’m cold as ice. See me coming, step aside or pay the price. What I want I take. What I don’t I break. And you’re on my list. Dead or alive. I got a 45 and I never miss. I’m a problem child”.