MNN. Apr. 16, 2022. Update by thahoketoteh, MNN court reporter. The mohawk mothers were ready to proceed without lawyers with the case on April 14, 2022. For various reasons the court meeting has been postponed to May 30, 2022. The mothers continue to monitor the entire Royal Victoria Project while the case is in court. All proposed renovations continue to be challenged by the kahnistensera, the caretakers of the unceded land in question. No work is being carried out at this time. 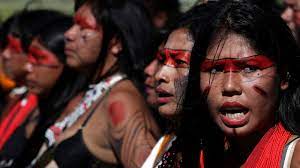 On May 30 there will be a Calling of the Roll” and case management.  Then the kahnistensera can present their case.

The Attorney General of Quebec has been notified that the case has crucial constitutional and public interest importance to both Canada and Quebec and has intervened in the case, i.e. indigenous lands and crimes against humanity regarding the unmarked graves. Defendant SQI has appointed new lawyers.

The rotiskenraketeh [men’s fire] will follow their duty and will carry out the women’s bidding as per the kaianerekowa.

MNN. The infinite elder, Red X, of the 5th dimension, arrived on his silver eagle. He pulled out our instruction manual known as the ‘kaianerekowa’, the great peace, which guides us on how the world will respect the onkwehonwe:onwe, the original people of turtle island. 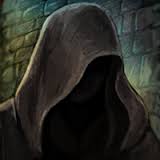 The only existing photo of famous sage, Red-X, whose eyes are black cavernous void leading directly into the 5th demension.

Red X is the ultimate warrior who sees and knows the past, present and future, and returns to give us important messages on the meaning of what is happening.

The oienkwen:ton [hanging tobacco] is an elite part of the Warrior Society [rotiskenra:kete]. They are also known as the “ghost warriors”. A bundle of fresh tobacco is tied and hung in the dark corners of the longhouse so they will stay green and almost invisible. 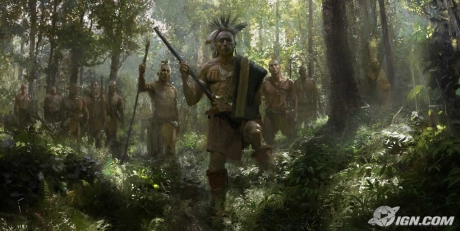 This society secretly train to be close to the original duties of our ancestors to protect the people according to the great peace. They go through rites to develop great mental and physical strength in peacetime and wartime. Only those with great strength and power are selected to be part of this special elite force. Their bodies are painted in dark colors, red and yellow stripes are marked on their faces and their clothes blend in with the forest. When they are on maneuvers in the wilderness, they are a shadow that cannot be seen nor heard by the enemies. W79. 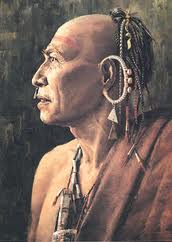 The women give the offending party three warnings. If they refuse the third warning, the aserakowa comes with the black wampum, and personally gives them the last chance to grab the wampum before it hits the ground, thereby abiding by the women’s orders to cease breaking the peace and hurting the people. If the enemy lets the black wampum hit the ground, the oienkwenton immediately smash their heads with the war club. Their brains empty onto the earth to release the evil into the soil to be cleansed by mother earth. Then the war begins. 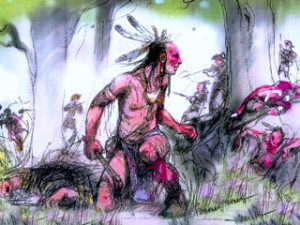 oienkwen:ton, hanging tobacco, are always with us in the spirit dimension to assist our men. They visit those who work against natural law.

Red X said the sky world is returning and that each has to figure out the meaning in their own mind. For those who have ignored the great peace, the disaster for them will be the return of peace. There will be no more need for mind control by religions, lawyers, judges, courts, armies, the obedience training and no one to tell them how to think.

The black serpent is still trying to make war and looking around for its next victim. It will see the onkwehonweh healing in the hilly country and say, “I have no fight with them” and then a light many times brighter than the sun will come from the east. The black serpent will be fearful, swim south, never to be seen again. Red X says the problems are because man always keeps dabbling in war rather than living under the tree of peace. Red X says there will be a clearing of the minds and everyone will remember everything. The truth will destroy the evil.

Those who cannot evolve into becoming as one with creation will perish. Then we will go into a golden age of peace in our galaxy.

Then Red X mounted his silver eagle and said, “So be it in our minds” and flew off towards the sun in the direction of Chicago where he heard Howling  Wolf singing:.