MNN. Dec. 13, 2014. This letter went to some of the cities on the Kahnawake tract called the “Seigneury”. 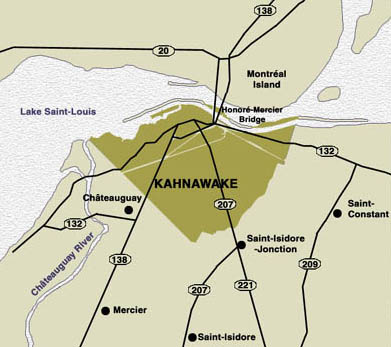 The Great Law Kaianere’ko:wa directs us to maintain and spread the Great Peace, the law of Great Turtle Island. These current illegal deals between the INDIANS of the MOHAWK COUNCIL OF KAHNAWAKE Inc. and the CROWN is a direct attack against the peace. Wampum 44 of our constitution directs Kohtihon’tia:kwenio to protect our land. Montreal is located in the heart of Ganiengeh, our unceded territory. We Kanion’ke:haka are the “keepers of the eastern door’ in the heart of Onowaregeh.

Canada is instructing MCK Inc. to illegally remove us and our interest in the land known as the Seigneury of Sault St. Louis which your community sits on. Our Mohawk communities are on Rotinshonni Iroquois Confederacy land – Kahnawake, St. Regis, Akwesasne, Ganiengeh, Tyendinaga, Oswego, Wahta, Kanehsatake, Kanatsioharekeh and Kanekota. Any incursions must be discussed with all of us.

The MCK INDIANS have willingly left the canoe and put both their feet into the boat of the foreign CROWN. They have sworn their allegiance to foreign forces. They violate the Guswentha and the l701 Great Peace of Montreal made between our people. It affects everyone on this land as a breach of international law and a breach of the 1701 peace between us. 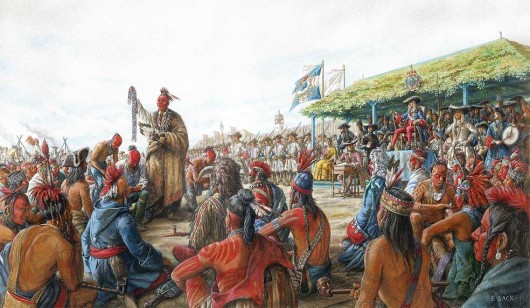 Quebecois can be proud of taking part in the first international world peace conference in Montreal in 1701. They accepted the peace before Britain and everyone else. Every nation on Great Turtle Island was represented at the Great Peace of Montreal by the 49 nations that attended through alliances, treaties and friendship belts. Then In 1710 we sent 5 chiefs to the Court of Queen Anne in London England to explain the Great Peace to the 13 bloodline families of Europe. It was the world’s first international peace conference. 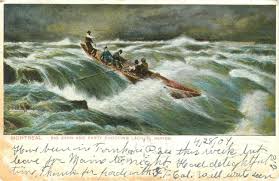 Soon the world will see Peace. Quebecois, you must recommit yourselves to the Great Peace, which was put in your minds when your ancestors accepted it. You agreed to spread it. Now we ask you to do it. The French are the first Europeans in the world to accept the Great Law from us. Its principles were taken back to France and created the first republican government in Europe. Let us recommit to the agreement that was made so long ago. Everyone in the world will follow the roots and spread the peace throughout the world. Let us start an unstoppable force from Quebec where it started. Skennen, gasastensera, kariwiio.

The true Kanion’ke:haka would like to extend an invitation to your municipality to talk about your situation. We have options that we would like to present to you. We would like to hear your views about peacefully residing on our land.

All Ongwehonwe in the Western Hemisphere will stand with us in any threat to us and our land. The Kohtihon’tia:kwenio are reaching out to the women in your communities to discuss their true feelings for their present and future children. We are willing to attend meetings to explain the Kaianere’ko:wa. Let’s put our minds together and see what we can do for our unborn faces. Please send this letter to all of your constituents as it affects them. We would like their opinion. This letter is being posted worldwide on mohawknationnews.com

Neil Young asks who is going to stand up and save the world. It could be the Mohawk and Quebecois.

Note: Please forward this notice to all Ongwehonwe nations throughout the western hemisphere and to our allies worldwide. Send your comments to us and MCK communications@mck.ca

This fight is not just for us. It ‘s for everyone.

Canada & US are Vatican CROWN corporations.