MNN. Oct. 21, 2015. Press Conference at 10:00 a.m., Thursday, October 22. Everyone is welcome to stand together in solidarity at Tim Horton’s at the east end of the community of Kahnawake on Highway 138. The Family Compact & Chateau Clique own the banks that plan to get Montreal to start dumping 8 billion litres of raw sewage into the kaniatarowano:onwe on November 3, 2015. We must demand a permanent commitment to stop the war on creation. A few photos of the peaceful objections that have been launched are posted: 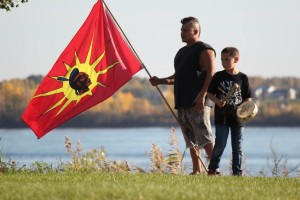 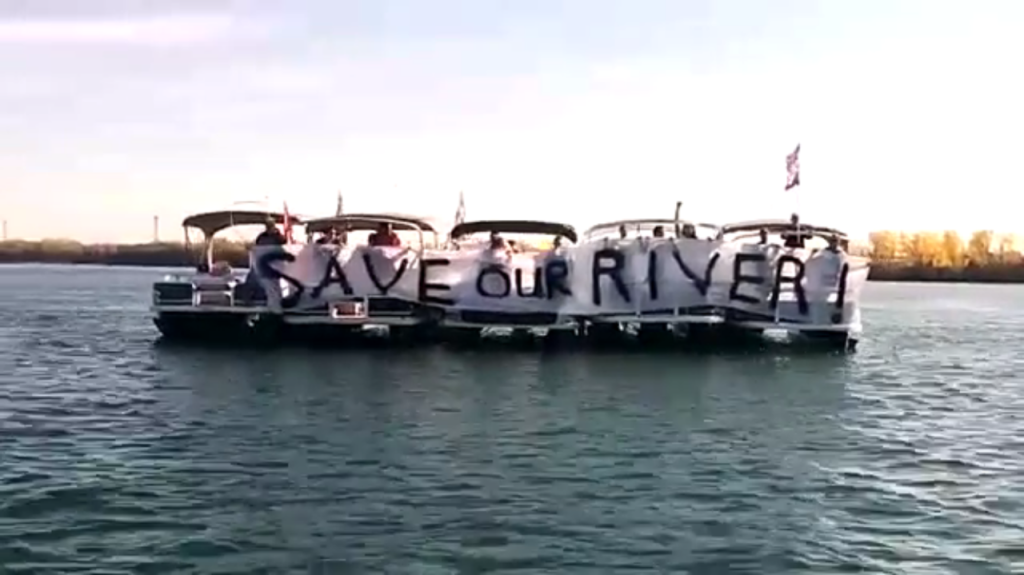 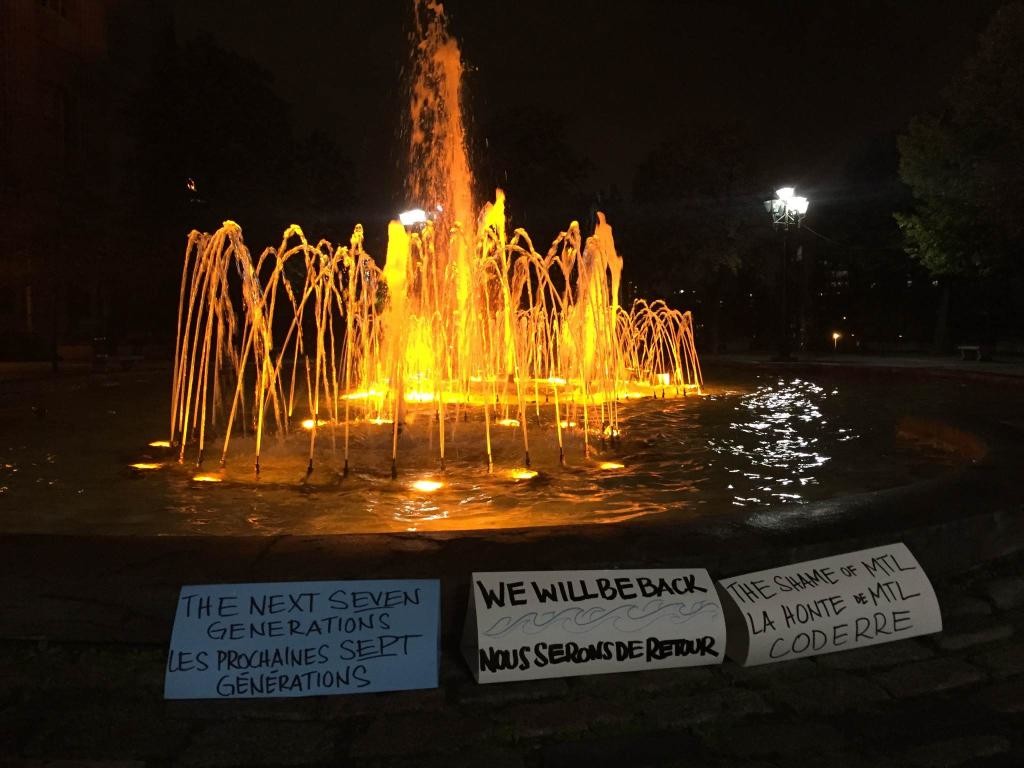 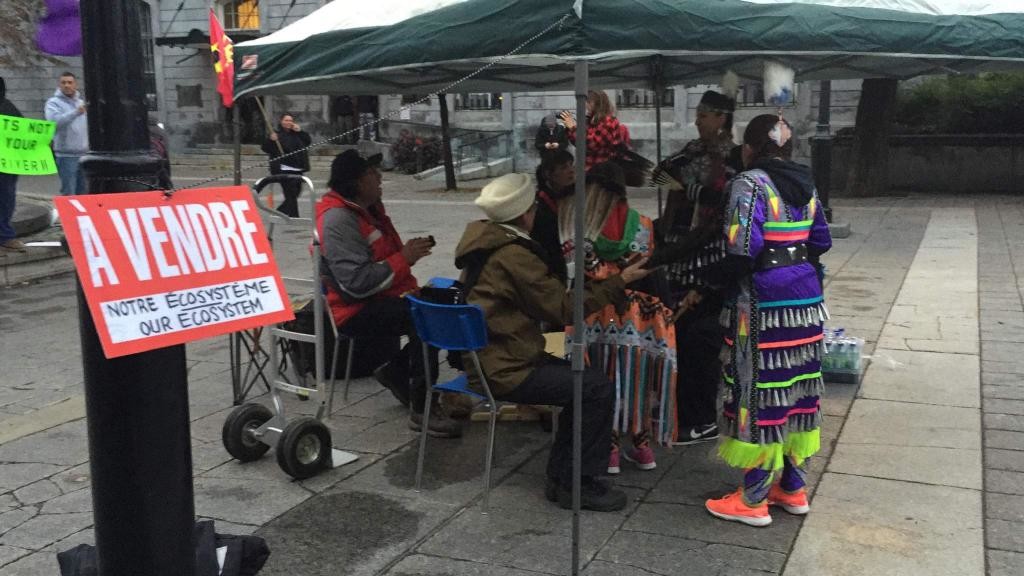 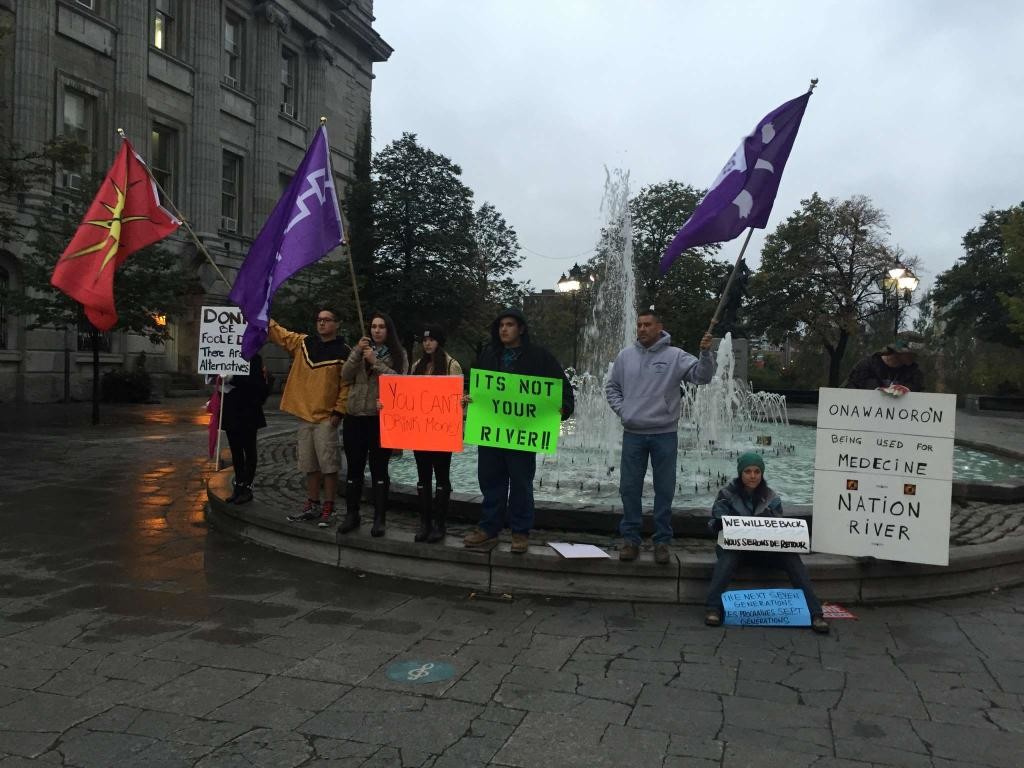 David Byrne of Talking Heads could be singing this son directly to Mayor Coderre, “I don’t know why I love you like i do. All the changes you put me through. Take my money, my cigarettes, and i haven’t seen the worst of it yet. I want to know that you’ll tell me, I love to stay. Take me to the river, drop me in the water, dip me in the water. washing me down, washing me down”. 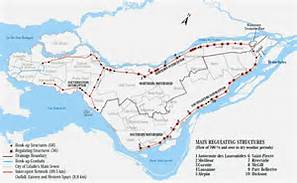 The Mayor rejected the ongwe’hon:weh offer of a feather to settle this peacefully. He wants to take the big dump on Thursday, October 22. Everyone is invited to conduct peaceful rallies to save the river. Sa**********@ri****.com. The former prime minister and Minister of the Environment asked for delays in dumping 8 billion litres of raw shit into kaniataronwanon:onwe on Friday, October 23rd. We want a permanent halt. We are enforcing international conventions trying to stop environmental devastation. Scientists report there are many alternatives. The Family Compact is willing to pay a $6 million a day fine [meaning it’s illegal]. We ask the scientists and everyone in the world to join us to enforce the kaia’nereh:kowa, Great Peace, to stop this madness. 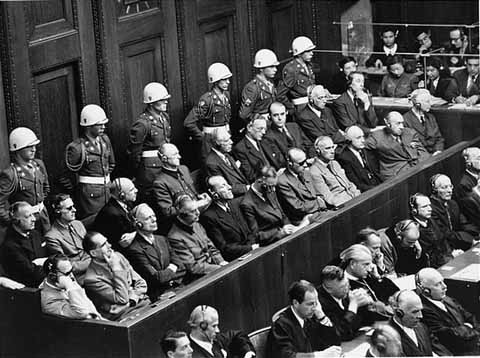 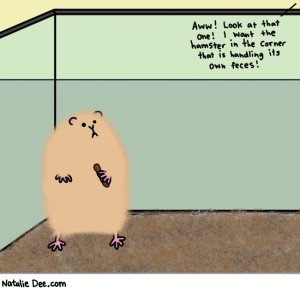