MNN. Apr. 6, 2013. Gunboat diplomacy is forcing colonial policy on Indigenous through military power and direct threats until we comply. “Sign here or you’ll starve!”. The BIA in the US and Indian Affairs in Canada are military centers for worldwide operations. Money is laundered through Indian communities. Why did Prime Minister Harper suddenly announce his plan to “privatize” all Indigenous lands? To make us less accessible to scrutiny! 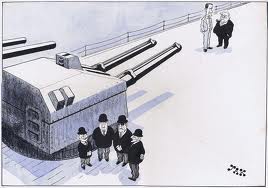 In US Supreme Court decision Lara v. USA, Justice Clarence Thomas said that, as far as he could see, there is no evidence that the indigenous people ever gave up their sovereignty or any of their land. Federal Indian law and the Indian Act are schizophrenic and, as long as this is not dealt with, there will be chaos. 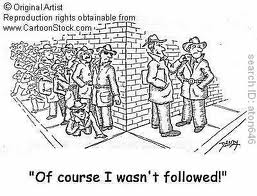 Indian Affairs in Canada and the US were both part of the War Departments. In mid-1980s an employee in Indian Affairs Minister David Crombie’s office in Ottawa was recruiting people of Indigenous ancestry. A secret operation was being established throughout the Western Hemisphere headquartered in Mexico City.

Canada is not resisting the US takeover of the Indigenous territory called “the Northwest Passage”, and our resources there. In 2005 the top CEOs, cabinet ministers and military brass of Mexico, US and Canada had a secret meeting at the Fairmont Springs Hotel in Banff.Banff 2005 The US has infiltrated the army, police forces, government and corporations. The Canadian Airborne Regiment that defends northern sovereignty was disbanded.

In 1990 gunboat diplomacy brought in the military invasion of the Mohawk of Kanehsatake. The US wants the rare mineral, “niobium” that lies under the community. This metal strengthens and lightens industrial metals for military hardware and rockets for outer space exploration. The September 29, 2006 border summit in Tucson revealed that Boeing Aircraft got $20 billion to develop the satellite virtual electronic wall over the Canada-US border. 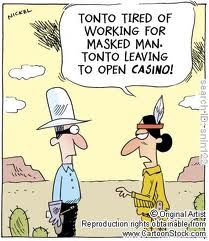 Casinos in Indigenous communities allow unmonitored money and agents to pass through Indian reservations, which are under “federal jurisdiction”, into covert activities. Casino money is not overseen by the Bureau of Indians Affairs or Department of Indian Affairs. Billions were funneled to finance illegal activities.

The colonial government declares that a band or tribal council has “mismanaged” their funds. The community is taken over. People are sent in to run everything. Indigenous people are told nothing. The corporate band council chiefs are now either court appointed politicians or compliant Indians who do what their team of Indian Affairs advisers tell them. It’s their gravy train of unaccounted money, placed in off-shore accounts. They just have to look the other way.

The Indian Affairs program is meant to keep us demoralized, ignorant and dependent. These corporate conglomerates need to victimize us to control politics, police, military and economies of Canada and the US.

The economic royalist bankers think there is no alternative to a few taking something for nothing with armed government support; to inequality and injustice, competition and division; conflict and suffering. Then putting the stolen money in secret off shore accounts. The Canadian model of world government is now being implemented in India. Countercurrents As Joni Mitchell sang: “And so once again, oh, America, my friend. And so once again, you are fighting us all. And when we ask you why, you raise your stick and cry. And we fall. Oh, my friend, how did you come to trade the fiddle for the drum”. The Fiddle and the Drum