MNN. Apr. 29, 2022. The kahnistersera mohawk mothers are using the words of peace and not the language of war. They proclaim that the only languages on turtle island are indigenous languages. The rest are foreign languages. Genocide is foreign dictators that  murder indigenous people and their languages. To force anyone to do anything is genocide and slavery. The French and English both depend on the indigenous by squatting on their land and stealing their natural resources and the most fundamental right to speak their language. Residential and Indian Day School on pain of death forced the indigenous to speak languages foreign to onowarekeh, turtle island. They must leave. 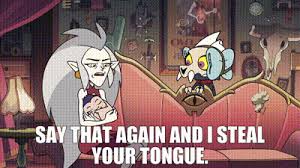 Tabled in April, Bill 96 is Quebec’s plan to upgrade the French language which is dying out. The French never asked the onkwehonweh if they could speak French outside their homes. Now they have not asked the onkwehonweh if they can upgrade their language. The mohawk mothers object according to their interpretation of the kaianerekowa. On okwehonweh land only the original people can decide everything. The squatting dictator cannot pass a dictatorial law to be enforced by extortion and threats. The French and British have no right to invade anyone and plant their symbols of hate [like flags, crosses, swastikas, band councils, reserves, residential schools, and other horrific reminders of genocide].

“The lineal descent of the people of the Five Nations shall run in the female line. Women shall be considered the progenitors of the Nation. They shall be caretakers of the land and their soil for the coming people. Men and women shall follow the status of their mothers”. The world must learn the true history of turtle island, not just footnotes.

The trespassers are reminded that the Canadian government band councils have joined the oppressive enemies of the indigenous.

The mohawk mothers remind the trespassers that according to the kaianerekowa and original teiohateh agreement, everyone on turtle island shall learn the ways of the great peace and speak indigenous languages. 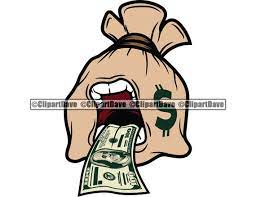 Quebecers and ‘Canadians’ are corporations, not a nation. Most of their communication is for trade and commerce [greed, power and corruption]. They squat on stolen property, a crime under the kaianerekowa. The corporation has no right to make French or English official languages on indigenous land because the indigenous did not give the trespassers that right. In indigenous culture each person is sovereign. They asked for protection, not more than a “plow share” beneath the surface, under the great tree of peace, which was provided. For their violation of this agreement, they must leave.

These foreigners are psychotic for not remembering their promises or their history. Truth and justice is the indigenous culture. The kahnistensera mohawk mothers call for all signs to be in indigenous languages and total indigenous language requirements for all businesses and institutions on turtle island. indigenous languages orally, in writing and symbols.  There will be no access to English and French languages anywhere. All foreign laws and languages shall be of no force and effect, according to the kaianerekowa acknowledged by the constitution of Canada 1982.

Section 35 of the Constitution Act, 1982, recognizes and affirms existing indigenous rights, whose contents the courts have held to be sourced in indigenous legal orders, e.g. the kaianerekowa, great peace, and teiohateh [two row wampum] applies to every action in this territory of ganienkeh, throughout eastern turtle island.

The indigenous cannot be forced to become Canadian or to accept foreign citizenship. Quebec squatters cannot declare anything. The kahnistensera mohawk mothers are reminding the people of Quebec that all squatters on turtle island shall speak fluently a natural indigenous language that has been placed on turtle island by creation.

The squatters cannot dictate anything on turtle island. Anyone who does not comply with this proclamation must leave turtle island immediately. The mohawk mothers demand the immediate suspension of the French language throughout Quebec. All matters are subject to the will of those people who have lived on this land since time immemorial. Everyone is free to speak anything at home but all public institutions on turtle island are entirely indigenous and do not recognize or understand any foreign languages. Sego tanon onen kiwahi.

Start with these kahnienkehake words of love: