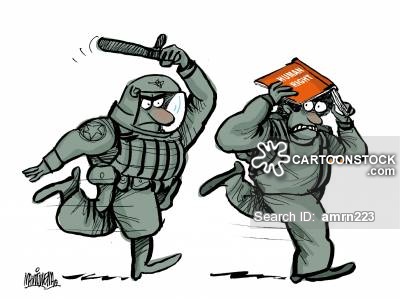 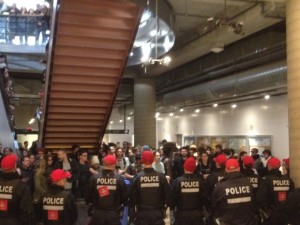 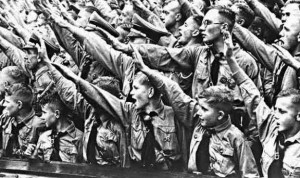 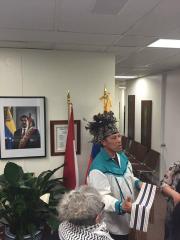 MNN.  August 9, 2011.  People and animals don’t live or breed well in captivity, unless they think they are free.  Indigenous had mental, physical and spiritual freedoms.  Europeans were born into cages, conditioned to be obedient to their masters.  They can’t see the horror of their slavery because it is too painful to look at directly.  Europeans have tried to bring everybody else into the cage with them.  We can only be kept in cages we refuse to see.  To see the cage is to leave it.

Indigenous could not be enslaved.  A man whose mind is free cannot be controlled.  The most that can be done is to kill them.

There is a hunger for freedom.  Those aware are angry.

Hunger is becoming more intense.  Alarms are ringing.   They are looking for sustenance.

Failing states run by genocidal tyrants and a multi cultural society have become a violent mix.  They are lured as cheap labor.  But there are not enough jobs, food or decent living conditions, leading to conflict and competition.

The Big Boys designed a free falling global economy based on greed and impunity.  The top 5% take one-third of the wealth and stir up financial turmoil.  They make 100 times more than the rest.  Income distribution, corporate corruption, a weak banking structure and an economic imbalance favors them.

The public becomes discouraged.  The work force and the youth are underemployed.

The government borrows and prints money to pay its debts.  The rich don’t pay taxes.  The people do.   Prices for food, oil and other necessities skyrocket.

London rioters are betrayed youth who say “My riot is my voice”.  They are reacting to unbridled corruption and police brutality by banker-controlled governments.  Wars take half the state’s spending.  Benefits are cut.  Cutbacks and higher taxes reign down on the people.  They have no future.

In societies where the gap between rich and poor is less, social problems are less.  State sponsored selfishness is created by individualism, incarceration, low health, mental problems, crushing unions and making dissent unlawful.

Humans, their greatest resource, are being farmed by the elite, to be controlled, threatened, or killed.  When fear is gone, control is gone.

Austerity intifada is sweeping Europe and the world.  The dictatorial rich set the example on how to sack and plunder the state. Desperate people watch and start looting.

The battle is between real liberation of the Kaianerehkowa/Great Law of Peace and the evil of fascism.   Fear is near its end for Indigenous.  The Kaianerehkowa beckons us to demand real freedom from theft of our possessions, slavery, bondage, imprisonment or restraint.