MNN. May 23, 2022. Almost 80 years ago Indian day school teachers tried to make us speak French in kahnawake. We took the exam paper which was in French, signed our name, and handed it back  blank. They exclaimed, “Eeez no use. They won’t speak French”.  We were exempted from the ‘canadien’ [squatters] stranglehold.  This commentary applies equally to English. 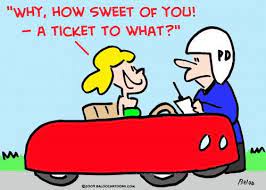 “TO JAIL FOR NOT SPEAKING FRENCH WHILE DRIVING IN QUEBEC, MADEMOSELLE!”

Today the Quebec C96 language bill to shove French down our throats and make us and our languages disappear will never happen. We are the true people of turtle island, placed here to communicate with creation in our original languages.

In the future all foreigners will speak to us in mohawk or another indigenous language. They are not of this land.

They have two choices, to come under the tree of peace or leave. Creation wills that Indigenous will be the only languages spoken everywhere.

Because of foreign language restrictions for trade and commerce reasons, we are being forced to leave our home for work for survival. kahnistensera proclaim that every place of work must accommodate our indigenous language requirements. They cannot deny us equal opportunities to work, study or any discourse we chose anywhere on turtle island. As a matter of pride, duty and fundamental human rights, we want to speak our languages everywhere 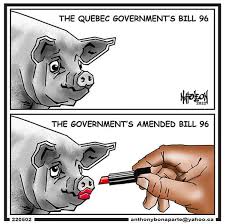 YOU FOREIGNERS NEED THE PERMISSION OF THE ORIGINAL PEOPLE OF TURTLE ISLAND TO DO ANYTHING! GET IT?

The French culture is in France. We gave them no permission to dictate anything to us. They came here to exploit, steal our resources and continue to try to extinguish us. Sign language was once the common language throughout turtle island. Everybody in the world knows that our land is indigenous from time immemorial until infinity.

The French are angry because they are losing their bastardized imported language. They want us to forsake our  language [s] so theirs can be saved. If they want to hang onto the French language, they can go home where it is being preserved. To save our languages, we the living onkwehonweh have to do it ourselves here on our homeland while under constant threats and attack by the invaders.

All signs will eventually be in kanienkehaka:onwe, mohawk or other indigenous languages. Our languages shall be spoken and displayed everywhere on our land by everyone. Our languages and kaianerekowa will will try to get rid of the systemic injustice, racism and hatred that engulfs the world today. The invaders murdered us for not speaking foreign white languages. Today they will stop attempting to kill us and our original languages and help us bury the weapons of war [great peace].

Premier Legault wants only French or else. “No exceptions”. Canada and Quebec are not nations. whever they come is where they belong. turtle island belongs to  our unborn future generations and we are its caretakers.

In 100 years everyone on turtle island will speak only Mohawk or another indigenous language which is what our mother earth wants. Canadiens are scattered foreign populations from different separate places away from their homelands. The teiohateh two row provides that we have to keep our own ways, languages and customs. The foreigners will stay in their ship. We will stay in our canoe which is all of turtle island.

Our duty is to raise our children on our land, and speak kanienkehaka:onwe, Mohawk. The fascists planned to do away with us [Indian Lands Acts 1924] and have set 2024 as our end time when we will be assimilated into a foreign law by the stroke of the corporate pen. The invaders are uninvited. We defeated them then and we will defeat them again.

tionnitiotiakon [Montreal] will be Mohawk speaking only. 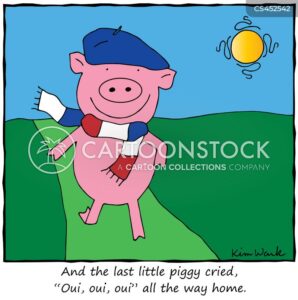 These foreigners have shown us they cannot live among us. They constantly make us defensive and reactive. C96 is their latest gun to start their attacks in our schools and homes. We refuse to let them tell us how we shall be. Every generation the invaders try to make us less legitimate and think we are dying out. We will persevere and do what make us strong, our clans, decision making process, knowledge of our past and the elimination of their band council puppet gestapo they appointed to help them carry out the “final solution to the indian problem!”.

The  fascist government of the invaders does not belong on indigenous land. We have a revolutionary way to develop a free society and to live without war. 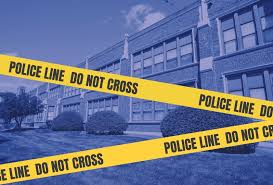 All those residential school death camps on turtle land were designed to beat, torture, starve, rape and murder us to destroy our land and steal our resources.  Quebec Bill C96 is another school shooting. If you want to be French, go home.

Our language is our tie to creation. Don’t dictate anything to us. We will decide whether to learn whatever we want as we have always done! 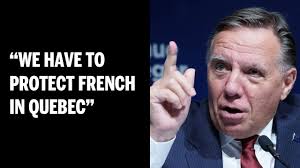 Finally, Prime Dictator Legault, you have no voice amongst our people. We will never accept your dictatorship words. As the song says “It’s beginning to look a lot like fascism”.