MNN.  Jan. 11, 2013.  Their criminals are running the country.  That’s how a fascist state works.  The masses voted for Stephen Harper. They turned a blind eye to the genocide.

Our natural resources are needed to run the corporation.  Harper selected 30 compliant chiefs to help him steer the damaged corporate ship of the London bankers. 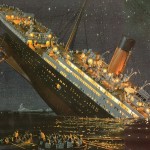 Harper took his selected chiefs to visit the Governor General.   He knows who will sign on our behalf to sell off our resources. The Corporation of Canada surveillance system studies their accomplices, who carry out the fraud that we don’t own our land and resources.

New accomplices might be coming from the newly created Metis, who mainly have no land or resources to sign away. Canada still does not have a ratified constitution and runs a criminal cartel.

There is $650 billion in sales of our resources waiting to be carted out. Every war is to steal the natural resources.  To get this, a false flag will be created, by the masters of war.

Dekanawida said the hold on us would weaken. The concentration camp system is illegal.  We pay for all of Canada’s existence. They depend on the local band councils and PTOs to implement the pacifist control program. Without consultation they sign away our possessions.  They and their family get money put into their pocket.

Harper needs them. Every piece of land in Canada is registered in the Department of Indians Affairs, making it the most important department in the Canadian corporate system. It’s all un-surrendered.

Band Councils tell us: “Hey, go back to sleep!”

To steal the goodies lying beneath, they create artificial Indian chiefs who will do what they’re told in exchange for wealth, fame and awards. We are kept in line through mass agonizing unemployment, low living standards, criminalization and misinformation.

The white boys’ club always thought they could keep on stealing everything from us. Canada is sinking into economic chaos. Harper says everyone must follow the law.  That includes you, Harper!

Emergency measures will be called. The banks will go bust. Un-employement will rise.  No dictator rises to power without accomplices, a small group who play with the fire of the people to keep absolute power.  By their choices they will burn out.   Yes, Canada voted for a Nazi dictatorship and is now the 4th Reich.

As Sting sings:  “Every move you make.  Every vow you break.  Every smile you fake.  Every claim you stake.  I’ll be watching you.”  Sting: Every breath you take

MNN.  Jan. 8, 2013. We subsidize every last thing in Canada.  The meeting on January 11th in Ottawa between Prime Minister Harper and his traitorous pet Indians is not valid.  Your puppet strings will be pulled tight.  Your arms will be permanently up in the air, palms up, and your knees will be under your chin. You will be plied with money, liquor and female or male companionship, filmed for future blackmail purposes. You “turn the other cheek” Indians do not speak for us. 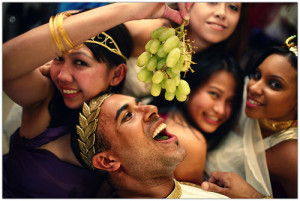 At the Westin, Ottawa

Harper has something on most of them.  They’ve all been bribed and sold their souls to the devil.   Everyone in the Canadian system too.  Harper is screaming,  “Shut up and play the corporate game”. 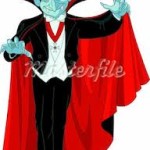 Canada is one of the world’s largest countries with a small population. Half the exports are raw materials, minerals, fuel, metals, ores, wood, pulp and paper, agriculture, fish, shellfish and hydro, while they rape Mother Earth.

The federal government usurped control over us; the natural resources were turned over to the provinces; they provide transfer payments to the feds. The province deals with the predatory multinational corporations, who don’t have to speak with us. We do not get any money from our resources. We can’t fight the multinational corporations.  We’re forced to accept our own money like crumbs.

Canada takes $9 billion in taxes and royalties from companies mining our resources, a tiny fraction of the whole amount; $3.8 billion from exports of hydro; 60% from harnessing our water; $1.2 trillion from tar sand extraction for 35 years;  $38.2 billion from forestry.  [2006 figures].

All Canada’s wealth is based on the value of our resources. This theft has caused us incalculable suffering.  Torture in jails, suicides, forced confessions, capturing and fining our youth so they have a lifetime criminal record, brutal persecution of our traditional people and genociding our children.

We have a right to exist and resist.  Large scale land and resource theft needs to exterminate us. We will stop the brutal program to erase us and our connection to our land.  This is just the beginning.  We will take care of our Mother, protect our land,  rivers, lakes, forests and oceans because that is what she instructs us to do.

Our traitors will be given false promises and “death dealing” trickery. We have been watching you stuff yourselves while keeping our plates empty. That’s going to change.  We will take our possessions and distribute them fairly.  Not another tree is going to be cut down.

Canada thinks they are immune to protests and economic reprisals.  Canada, get used to the idea that we are your landlords. What happens when you don’t pay your rent? The sheriff will come and lock the door.  You won’t even have time to get your things. Any money we receive comes from the Corporation of Canada, our tenants.  Now they are demanding to know where their landlord spends the rent money.

Countries all over the world disapprove of Canada’s brutality.    Warrior unity flags fly everywhere to support our resistance to the New World Order.

The time has come to use non-violence through a massive international boycott involving Russia, Great Britain, France, Germany and Japan to stop white domination.

Harper, the truth will bring you down.  We are going to reclaim our natural possessions. The Corporation of Canada has nothing to negotiate, except to leave Great Turtle Island.  And to give us its shareholder list of those who have been murdering us. Especially the 100,000 children murdered by the clergy in the residential school holocaust.  Degenerate clergy, the gauntlet awaits you.

The band council offices are embassies of the Ottawa cartel.  These modern day barbarians are going to be impoverished.  The good times are over.  Their opulence and power is approaching the sunset.

Keeping Canada white through white domination smacks of Naziism.  We will stop Bill C-45, the murder machine, from annihilating us.  The Canadian Reich is unsustainable, toxic, evil and bankrupt.