I am eligible for the Level 5 claim of $200,000 from the Indian Day School Class Action Settlement, plus another $50,000 dollars for the continued torture that Deloitte, Gowling and Canada are causing me at this time. 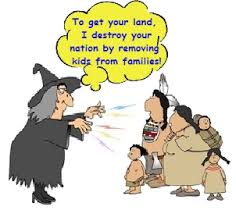 No one explained why there are 5 levels of suffering to decide the amount to pay each victim. Every victim suffered 100%. Oddly, attorney and auditor fees were settled before ours.

Canada plead guilty  because they did the crime and had all the records, not allowing us to cross-examine them. Our lawyer, Gowling, represented us and Canada and did not advise and protect us.

I am a victim since 1940 and am part of  this class action case we won. A jury should have decided the remedy for the mental and physical abuse and terrorism. Deloitte cannot decide whether the physical harm and abuse I suffered was bad enough for them. In 1988 Canada transferred the schools from the churches to the band councils who both work for Canada. Indian Affairs is part of the army. 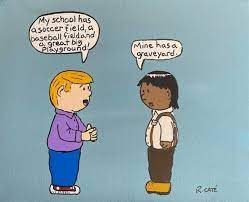 One of the biggest mental violations was genociding my original kanonsesne kanienkehaka:onwe name.

Canada plead guilty to committing the following crimes of torture. We survived the government’s Indian day school atrocities. We were not meant to recover from the trauma. Some torture techniques were total darkness, light & sound deprivation, various diseases, starvation, pain inducing and numbness holds [some prolonged in body casts] , raping, drugging, electric shock and mind control. Canada admitted to hiring churches and private institutions to spread diseases, sexual abuse/harm, touching of genitals or private parts, spread venereal disease, exposing themselves, fondling/kissing, taking nude photos, physical abuse and assault which caused serious physical harm requiring medical treatment and resulting in the murder of millions, beating us if we spoke our indigenous languages, mental anguish while anticipating the physical and mental abuse and possible death as part of the genocide program. 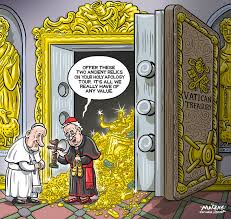 Offer these two ancient relics on your holy apology tour. It’s all we really have of any value.

Canada admits, “Yes, we did it!” and now has to settle and pay its victims according to the admiralty law system imposed upon us.

kahnawake, tyendinaga and over 600 indian reservations and communities were victims. My home is still under military control. Some of the teachers were WW2 veterans, priests, nuns, missionaries, dentists, doctors, nurses, and other psychopathic adults and authorities.

There is no statute of limitations for these crimes which deliberately attempted to destroy our greatness. Since 1905 to 1987 all our medical records were with the Canadian government, Indian Affairs, or, in my case, the Kahnawake hospital or some other department of the military.  Kahnawake Hospital informed me that all my medical records from 1940 to1987 have disappeared. The presumption is they were destroyed. So Deloitte’s reconsideration form can’t be completed. By law Canada is obligated to believe me. As a sovereign onkwehonweh, I have determined that I am eligible for the No. 5 level of suffering of $200,000 offered plus $50,000 for the pain and suffering I am enduring presently, and another $50,000 for each time I am deprived of my right to protect myself. I am being treated by Canada as a prisoner of war so that I will suffer more.

Canada gave Deloitte a retainer of $44 million to make and send the checks to us, not to decide our cases. Deloitte is illegally withholding payment unless we illegally relive our horrific experiences to their satisfaction. Then Canada gave $55 million as a retainer to the defence lawyers, Gowling, without asking for our approval.

Canada is paying us from our own Indian Trust Fund.

Canada and their sidekicks are trying to revictimize the victims. Deloitte’s job is to keep the payout down for Canada. Gowling’s job is to settle Canada’s crime without a trial so everybody cannot see and hear the evidence of genocide of our people. There should be an investigation of the actions of Canada, Deloitte and Gowling by the victims. Together they are working as B.A.R. lawyers to whitewash the genocide.

Finally, as a people we were deprived of our culture, land and our care taking duties to our mother earth and our future generations, which is priceless.

The creation of torture systems were contracted to universities and hospitals by the CIA, MI5, CSIS and other academic, government and military institutions. Indigenous children were used to create the war prisoners torture programs. [See video “Eminent Monster”. A Manual for Modern Torture.  https://www.youtube.com/watch?v=JfZHOPGc7CM ]