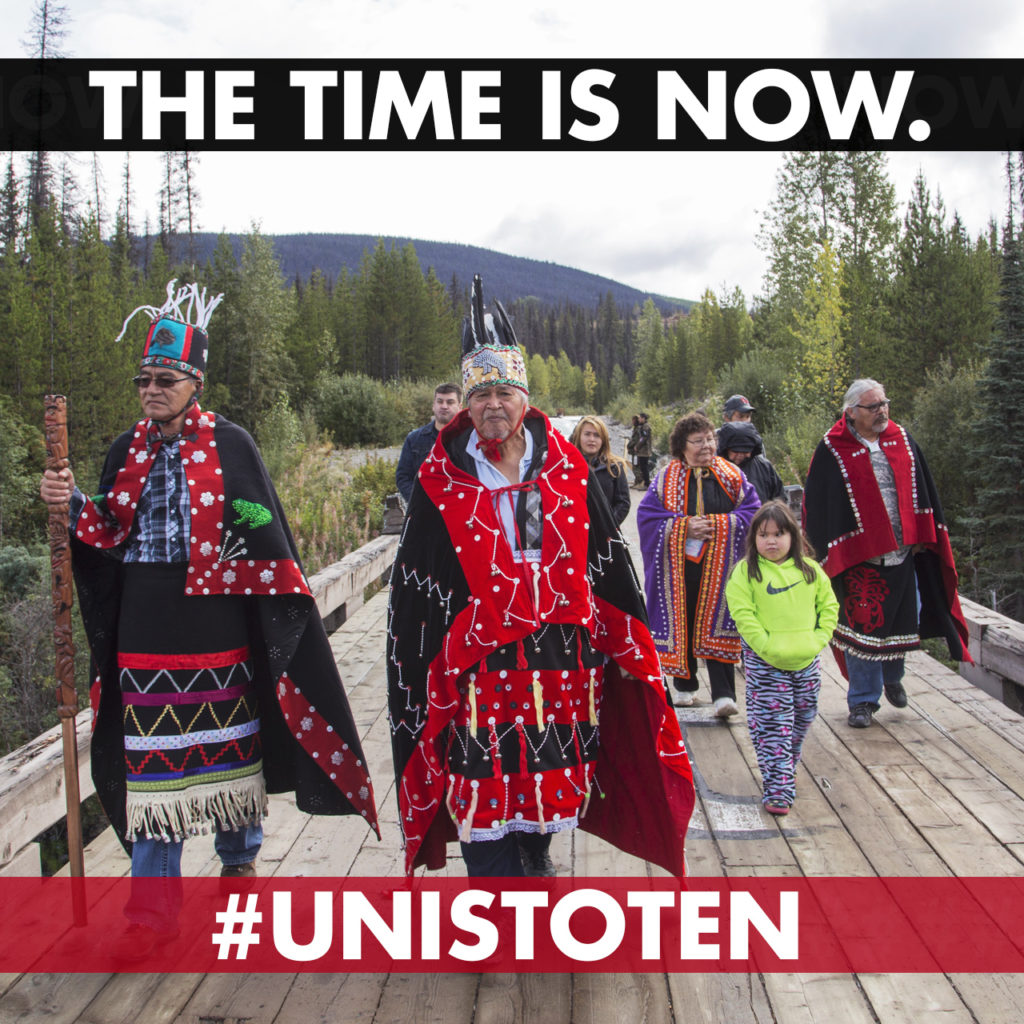 MNN. Dec. 18, 2018. Canada’s statutes state, “This statute shall have the force of rule of law”. They shall pretend it has the force of real law, when it’s actually based on genocidal acts in the Canadian version of law. 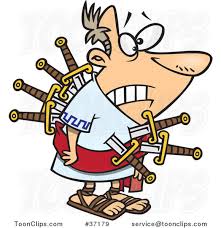 IT’S FOR LYING, CHEATING AND TRYING TO STEAL OUR BIRTHRIGHT!

The Indian Act band council issued illegal business licences to our people to conduct businesses in the community. They used the money to boost up the training and weaponry of their private police force. Now Indian Act chief, Joe Norton, hides in the police station where he says the people have to go to talk to him.

Outsiders, Surete du Quebec, SQ cops raided and shut down some the businesses. SQ can only enter kahnawake if the chief and council [Commissioners] commission the outside military force to come in. Superior Court ruled these permits are not valid. The business people were fined, jailed and given criminal records.

Indian Act chief Joe Norton didn’t help them. He allowed the pillage of the businesses to bring on the Trudeau framework of municipalization and taxation.

The Superior Court already ruled that the Indian Act council is not a government that can make laws. They are a committee that answers to the generals who run Indian Affairs.

Rather than fight a jurisdictional issue that Quebec would lose, the business people were charged as criminals. Soon all the other businesses using these bogus permits will be shut down.  They have every right to sue the Indian Act MCK, as well as sue the chief personally for his negligence. 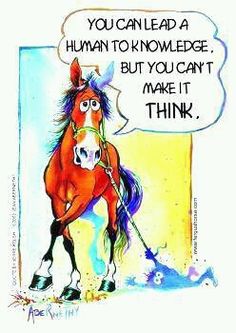 Trudeau’s Framework is already in play in kahnawake. kanionkehaka men don’t don yellow vests. They pick up their weapons and get ready to fight their invaders, protect their women and children and their homeland.

We kanionkehaka can do whatever is necessary to bolster our economies anywhere on turtle island. We are sovereign, as creation placed us here. In the past some businesses became strong through using our sovereignty.  owistah, the disease of the mind that transfers priority thought from ‘We’ to ‘Me’, is now an epidemic in kahnawake and other kanionkehaka/Mohawk communities.

tekentiokwanhoksta, the power of the 49 families of the rotinoshonni’onwe/Iroquois Confederacy, is the way to protect the legacy of our children. The Indian Act council is setting up a system for everybody to pay tithes to them, not to the community and they will hand every cent over to London bankers through their handlers.

The shop of one woman stays open because she does not comply. The kanionkehaka of khenteke/tyendinaga, Six Nation, kanehsatake and akwesasne are ready to stand up. We don’t think they’ll be donning yellow vests.

Indian Act Joe basically set up a war between the men of kahnawake and the SQ, shades of Oka?  He says he can’t do anything to help the people because he signed the 10-Point Agreement giving municipal powers over kahnawake to Quebec. He forgets to mention that it only applies to him and the 300 people who took part in the band council election. They gave up their birthright. They will soon be migrating out of kahnawake. 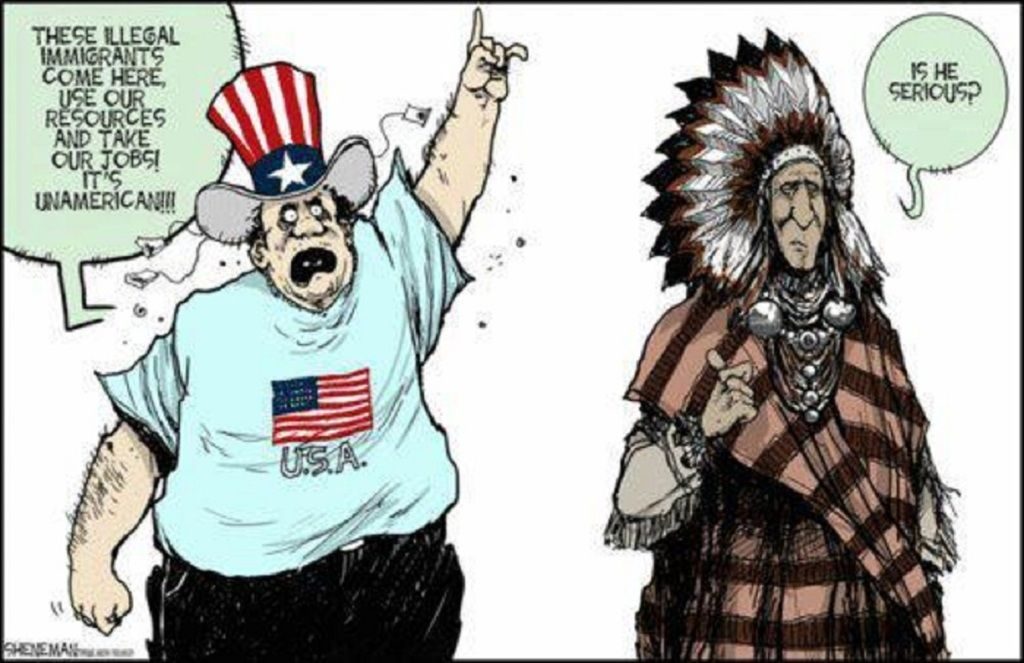 The Canadian version of law is not legal because it does not pass the test of international law scrutiny as it is based on genocide. The Oct. 25, 1924 Indian Act created all of the POW camps called “reserves”. Our lands were stolen by the provinces for resource extraction and all of our rights as human beings were taken away. Our people were rounded up like dogs and herded into these camps.

Canada and US have designated us as  “domestic matters” to remove themselves from international scrutiny. They warn other countries not to interfere with their genocide program, which they call a “domestic matter”! The Indian Act band councils and Indian police are Canada’s version of Nazi Germany’s Gestapo. [Read “Policing Indigenous Movements. Dissent and the Security State” by Andrew Crosby and Jeffrey Monaghan 2018.] 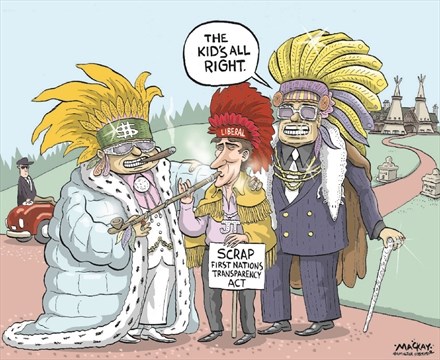 When we use corporate terms “Indian”, “First Nations”, “Aboriginal”, “bands”, “indigenous” people, “tribes”, “nations” and any of their artificial names, we give Canada and its band councils jurisdiction. They want us in their ship and we are left with no canoe of our own. Under duress we are forced to submit to their system. The corporation of Canada forces us all to acquire banking names in all capital letters, which infers a corporation. This makes us into corporate artificial entities rather than peoples who have no protection by international human rights or any constitution. 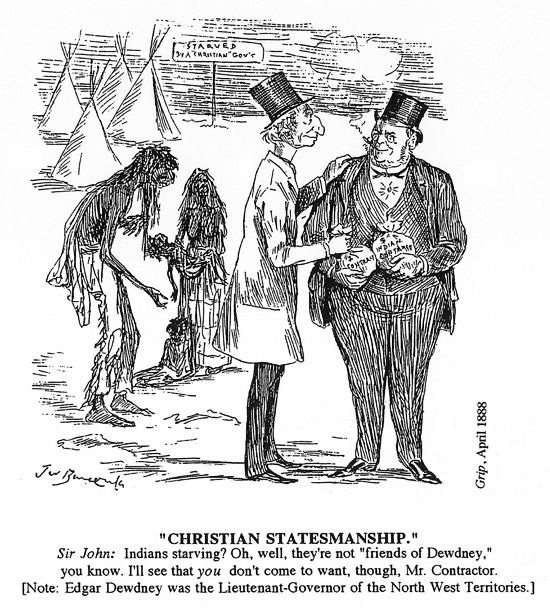 CORPORATISM IS HERE TO STAY. BUT NOT THE “INDIANS”!

Land claims agreements are setting corporate limits to our identity through removal of our original names, place names and words that connect us to our mother and violate the original contract between us and the fraud artists. We are onkwehonwe, nishnawbe, dene, lakota, cree, migmag and so on. We are kanionkehaka’onwe and our territory is kanienkeh, forever. We all have original natural names and all of turtle island is our territory.

The whole land claims process is a complete and utter fraud. In their Access to Information Act notice [Indian & Northern Affairs, A-2011-01840/LD2]: “Provide all documents held by gov’t pertaining to a declaration by the Governor in Council that the “Registry Group” “Mohawk Council of Akwesasne” are a Band within the meaning of the Indian Act”. They are making contracts that are made to look like they are between the onkwehonweh and Canada. The Dundee land claim was signed by the corporation of Canada and their employees, not by the onkwehonweh, which goes against the true way of this land, kanaierekowa, great peace, forever. 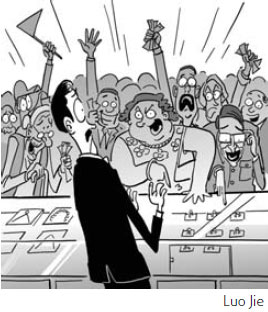 The abusers agreed to survive and coexist with all life as brothers and sisters on this our mother earth, until the end of their time here. They broke the agreement when they created the first false flag war known as the American Revolution.

As Canada and US scheme to be rid of the “Indian” problem, CCR nails it: “I bet you’re wondering how I knew about your plans to make me blue, with some other guy you knew before. Between the two of us guys, you know I loved you more. It took me by surprise, I must say, when I found out yesterday. Don’t you know I heard it through the grape vine. Not much longer would you be mine”. 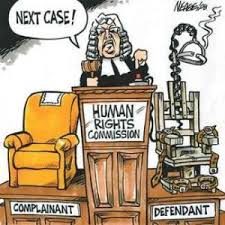 The state tries to steer the revolution. France is the only true republic in Europe. The rest of the European states are still monarchies and the people are still serfs. The French people are taking a beating for all the serfs of Europe, right now.

The seeds of the workers’ [serfs] revolution were planted in 1901 in Russia.  See “Trotsky” on Netflix. 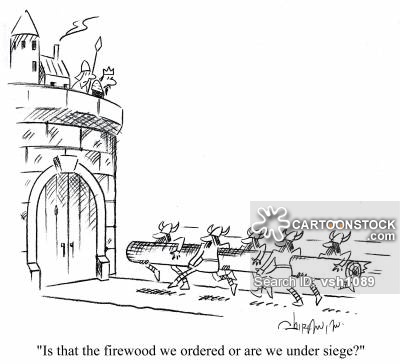 Billy Jack reminds us of the yellow vest people of France who are outnumbered and out gunned, but they will take down the tyrant: “Listen people to a story that was written long ago, about a kingdom on a mountain and the valley folks below”:

FRENCH POLICE ABOUT TO QUIT   https://www.thelocal.fr/20181210/french-police-warn-the-government-were-at-breaking-point?fbclid=IwAR0eQW8LTIN_kMMCrjj9tv4RNHsihtCH7EnwbGKAZfWr6M-aFubuCq3bMTQ

CANADA IS NOT A COUNTRY. IT IS ONOWAREKEH, TURTLE ISLAND  https://www.youtube.com/watch?v=GtPKe6w7DVw